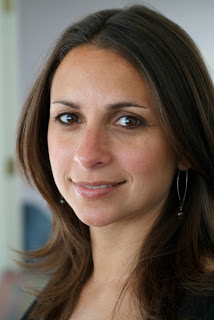 Cheryl Renée Herbsman is the author of Breathing (Viking, April 16, 2009). From the promotional copy:

What if the guy who took your breath away was the only one who could help you breathe?

Savannah would be happy to spend the summer in her coastal Carolina town lying in a hammock reading her beloved romance novels and working at the library. But then she meets Jackson. Once they lock eyes, she’s convinced he’s the one–her true love, her soul mate, a boy different from all the rest.

And at first it looks like Savannah is right. Jackson abides by her mama’s strict rules, and stays by her side during a hospitalization for severe asthma, which Savannah becomes convinced is only improving because Jackson is there. But when he’s called away to help his family–and seems uncertain about returning–Savannah has to learn to breathe on her own, both literally and figuratively.

This debut novel has it all — an endearing, funny, hopelessly romantic main character, lots of down-home Southern charm, and a sunny, salty beach setting that will transport you to the Carolina coast.

For me, the excitement began with an email from the person who would become my agent. Before submitting Breathing, I had been trying to sell a YA fantasy for about two years. So I’d been through the ups and down of the submission process for some time.

When I first sent out queries for Breathing, I had an agency say they loved the manuscript and wanted to help me launch my career. But first they wanted me to do a revision. They emailed suggestions. We talked by phone several times. I revised. I sent it back–full of hope and confidence. And they rejected it. (I like to say they e-jected it as it was via email.)

I was feeling very low, considering giving up, feeling like I was back at square one yet again. But my cheering squad said, “You can’t give up!”

And truthfully, on this manuscript, I had only sent out three queries so far. So I sent out five more e-queries and received two immediate requests for the full manuscript.

A couple of days later, on a Monday, one of the agents who had requested the full, Leigh Feldman, emailed me to say, “Don’t accept representation until we talk. I’ll call you on Thursday.”

This was pretty much the most exciting thing that had ever happened to me on the book sale front. Of course I was going crazy until Thursday. Then Thursday came and I was in a panic – what if she didn’t call? What if she did? And then she did! And she wanted to represent me!

After two years of rejection on the other manuscript, this felt like the most wonderful of dreams-come-true.

Leigh sent the book out a couple of days later, and we received two offers right away. I was able to talk with the editors at each of those houses to see what vision they had for the book.

After talking with both of them, I decided to go with Joy Peskin at Viking. (She has been fantastic to work with, and Viking has been great all the way through.)

In the end, the final call was mine. I called Leigh to tell her of my decision to go with Viking, and she passed it along.

When the book sold, my first reaction was a lot of screaming. In fact, I think I said to my kids, “Don’t be scared. I’m really happy, so I’m going to scream now,” which I then proceeded to do for quite some time, while they looked on and laughed. But seriously, there is so much pent up emotion going through this process, I felt it was necessary.

When I was done shrieking, my family took me out to dinner and bought me flowers. I emailed pretty much every person I knew and was sort of floating in disbelief for weeks.

I don’t think any of it seemed real until a couple of weeks later when Joy sent me some Viking books and wrote on the card, “Welcome to the Viking family of authors.” What a rush! 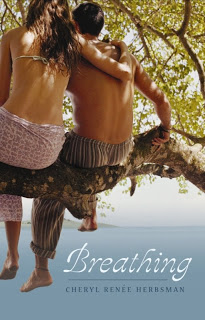 The protagonist in my debut novel, Breathing, is Savannah Georgina Brown, a fifteen-year-old hopeless romantic.

She appeared in my head one night at a writing group. We were doing a writing exercise where we had to jot down a list of things, like a color, two numbers, two genders, a secret, etc., then write a piece that incorporated all those elements.

As it so happened, that night a woman joined the group who had never been there before. She had a deep Carolinian accent that brought up tons of memories for me. I grew up in North Carolina and hadn’t been back in a while. So hearing her talk just awakened something in me.

The combination of hearing her speak and the elements that I’d chosen to write about came together to create Savannah.

Once Savannah came into existence, she came full-blown, with a mind and a voice of her own. From then on, it felt like magic. I could hear her voice so clearly. I think it helped that hers was so different from my own. When a character is too similar to me, I find it harder to write her voice. It ends up sounding generic.

That wasn’t a problem at all with Savannah. She has a unique way of thinking and of seeing the world. If a week or two went by and I hadn’t worked on that project, when I next sat down to it, what would come out was something like, “Well, where have you been? I’ve got all this stuff going on and I been wanting to tell you about it and you’re nowhere in sight. How long do you expect me to wait around?” So she knew her mind and wasn’t afraid to let it be known.

A book that inspired me to find a character with that unique voice was a chapter book called Clementine by Sara Pennypacker (Hyperion, 2006).

An editor from Hyperion had used it as an example of voice at a conference. That editor also said that voice was the most important element of a submission, that editors can help with plot, character arcs, etc., but if you don’t have the voice, they can’t fix it. So that had put in my mind the idea that I needed to play with creating a character with a strong voice.

Clementine, even though it’s for a younger audience, is such a great example of the importance of specificity in character development. That kid just thinks differently from everyone else. That’s what I was hoping to create.

About halfway through the first draft of Breathing, when I had a good sense of who the players were, I did character sketches on everyone. (Some of these can be seen on my website). As I learned more about each character, I went back and wove the new knowledge into the story.

This may not seem like the most straightforward method of writing, but it works for me. I like writing without knowing where the story is going, watching it unfold. And I also like the going back and weaving part. It’s like figuring out a puzzle.

I think that when trying to allow a character to come through in this manner, the most important thing to do is to get out of the way. This can be harder than it sounds. Our left brain or logical, thinking side wants to control everything, figure everything out ahead of time. But I believe the story comes out much more interestingly if we let the right brain or more artsy, subconscious side take control.

So when I’m writing, and my left brain is trying to critique the words as they come out or suggest a certain path for the story to take, I just keep telling it to be quiet and step aside and see what wants to come from that quieter, deeper place.

I’m usually pleasantly surprised. When I first started writing Breathing, in the very first chapter, I knew that Savannah had a dream of one day seeing the Blue Ridge Mountains. I had no idea that the opportunity would arise in the course of the book. But when it did, I went back and wove the possibility into the first chapter. I enjoy the element of surprise as I write.

I often use visualization or meditation techniques to help get the inner critic or logical brain out of the way. So if someone is wondering how to let the magic of the right brain, the more mystical side take over, I think the key is getting the left brain to be quiet for a while. Ask it to wait outside until you’re through and remind it that it will get its turn during revisions!