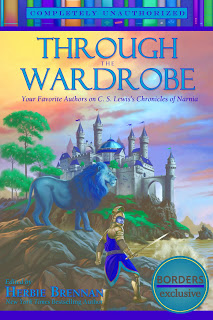 Herbie Brennan on Herbie Brennan: “A professional writer whose work has appeared in more than fifty countries, Herbie Brennan is enjoyed by children and adults alike–sales of his books already exceed 7.5 million copies.

“Herbie has an well-established career writing for the children’s market–from picture books to teenage fiction, from game books to school curriculum non-fiction. His keen eye for novelty, both in technology and market development, made him among the very first writers to create adventure game books and his GrailQuest series was an international bestseller.

“His teenage novel, Faerie Wars, also rocketed to international success, achieving best-seller status in more than 20 overseas editions, and was voted No 1 Top Ten Teenage Pick in the United States and listed as a New York Times Best Seller title.

“When he can be persuaded to take a break from his writing, Herbie give lectures and seminars, which have included modules on reincarnation research, the astral plane, dreamwork, healing, spiritual development, psychical research, quantum physics and magical training.

“With a background that includes writing for radio, the creation of boxed games and computer software, perhaps his greatest strength lies in the realm ideas, particularly in the diversification of publishing product into allied fields like audio and CD-ROM.”

With the understanding that it’s vast indeed, could you please update us on your back-list books, highlighting as you see fit?

The following listing gives first English-language publication only—all publishers listed are U.K. based unless otherwise stated. Most recent books are in bold. All books are listed alphabetically by category. 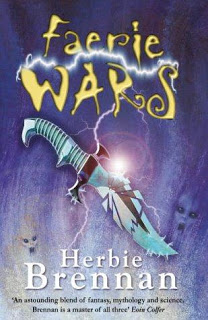 Phew! Bet you haven’t even read the list, let alone the books.

Congratulations on the release of Through the Wardrobe: Your Favorite Authors on C.S. Lewis’s Chronicles of Narnia (BenBella, April 2008)! Could you tell us a bit about the book?

Somebody at BenBella came up with the brilliant idea of asking a number of YA fantasy writers to contribute to an anthology on the works of C. S. Lewis.

Borders liked the idea and decided to make the finished product a Borders exclusive. Most of the authors involved had read Lewis as kids—no surprises there—and some even credit him as the ultimate inspiration for their own writing careers. So what you have in the book is 15 essays, all highly personal, by top flight fantasy authors on various aspects of the Narnia Chronicles. Great fun if you like Lewis; and who doesn’t?

How did the project evolve, and how did you come to be involved in it? 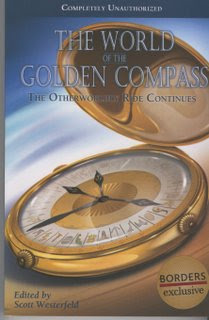 As far as I know, what happened was BenBella brought out a book of essays [edited by Scott Westerfeld (author interview)] on Philip Pullman‘s The Golden Compass to celebrate the movie.

It proved so popular that they thought they might extend the idea into a series of anthologies on the works of other fantasy writers, and Lewis was an obvious choice for inclusion.

I’d contributed an essay to the Pullman collection and they kindly asked if I’d like to contribute to the Lewis one as well. It was a fairly batty piece about how Hitler became a black magician, but they must have liked it because the next thing was they asked me to edit the whole anthology.

Actually, if you look on the title page you’ll find I’m jointly credited as editor with Leah Wilson. I can tell you Leah did all the hard work.

What attracted you to the idea?

I was flattered to be asked. (And I’m a big fan of Lewis’s work, science fiction and fantasy.)

Could you give us a hint of what to expect from the various contributors?

There’s some super stuff in there, varying from quite serious literary criticism to very quirky contributions.

Diane Duane, for example, did a piece about food in Narnia which I thought was brilliant because I’m a foodie myself and like talking about it. Ned Vizzini contributed an essay that was so funny it made me laugh aloud. Diana Peterfreund took her starting point as the crush she had on Lewis’s character Edmund Pevensie when she was a girl. My friend Orla Melling, the Fairy Queen of Ireland, pretended to write about being good (she called it “Being Good for Narnia and the Lion”) but actually wrote about being bad, which is always far more interesting; that was another very personal piece, and I learned a lot about Orla’s naughty teenage days. Kelly McClymer tackled girl power in Narnia.

And so it goes on—quirky and personal, as I said. If you’re interested in Lewis, or fantasy writing, or even just fantasy writers, you’ll love it.

What I loved most was the surprise in my wife’s voice when she leafed through an advance copy and said, “This is really very, very good.” Of course that was due to the contributors, not me, but I liked getting the credit.

What I really hope the readers will take away is something I don’t think any of us really planned at the beginning—a little of what it feels like to be a fantasy writer.

There is a lot of very personal material in the anthology so if you read between the lines, you can really dig into the way a writers’ minds work and what motivates and inspires them.

And, of course, understanding other fantasy writers will help you understand C. S. Lewis as well.

I’m not sure “look forward” may be the best way to describe it, but I’ve just finished a Magician’s Memoir about my personal interest in magic and mysticism. Highly unsuitable for young adults, of course, but some of them might read it under the covers at night.

I’ve also send my agent a novel called The Shadow Project, which is a weird teen thriller. But next in line… not sure, except I keep thinking about a daughter Henry and Blue produced after the Faerie Wars Chronicles finished. She’s fifteen or sixteen now, half fairy, half human (a faeman child) and a bit of a tearaway with some serious problems, so I might be heading back to the faerie realm before too long…