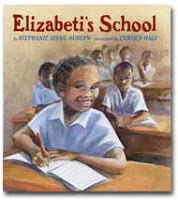 The 12th Carnival of Children’s Literature hosted by Midwestern Lodestar. A sparkling collection of links to recent blogger posts, enhanced with particularly thematic art. Highlights included Little Willow’s interview with Jenny Han, the Seven Impossible Interviews Before Breakfast interview with M.T. Anderson, and “Writing Fiction for Young People” by Kerry Madden at Tenessee Alumnus Magazine. Visit the carnival for much, much more!

“Beyond Food, Flowers, and Festivals” by Uma Krishnaswami at Writing with a Broken Tusk (part one and part two). Uma addresses changes in “multiculturalism” spurred by more authors of historically underrepresented communities entering the filed. Highlights include: “…if there’s no humor in a culturally grounded book we should wonder how authentic it is. Writers who capture the essence of a culture also always seem to capture laughter in some form, even (or maybe especially) when the subject is dark or difficult.” Read a Cynsations interview with Uma.

Texans, please note: Laurie Halse Anderson’s book tour for Twisted (Viking, 2007) will take her to a public event at 4 p.m. March 29 to Brazos Bookstore (2421 Bissonnet) in Houston. In addition, she will be signing stock at 4 p.m. March 30 at BookPeople (6th and Lamar) in Austin.

U.S. readers, please note: Laurie also is appearing in Arkansas, Mississippi, Florida, Kentucky, Ohio, Michigan, Illinois, Missouri, California, New York, and Pennsylvania. See the schedule for details. Laurie is one of YA lits brightest stars, and the buzz around this new release is deafing. Don’t miss out!

The Writers’ League of Texas 2007 Agents and Editors Conference (June 15-17 at the Austin Sheraton) is hands-down the most children’s/YA author-friendly in memory, offering a bounty of top literary agents and editors in the field (including one seeking author-illustrators).

As of Sunday morning at 10 a.m., so far this month my official author site had attracted 52,000 unique visitors. The most popular pages were Tantalize, short stories and poetry collections, interracial themes in picture books, and multiculturalism. Other than the major search engines, my blogs, and the front page, the main referral sites were Michigan State University Libraries, James Madison University, TeachingBooks, Children’s Books at About.com, Eduscapes, and The Purple Crayon: A Children’s Book Editor’s Site. World-wide, most visitors came from the United States, France, Germany, The United Kingdom, Canada, and China. Within the U.S., the heaviest represented states were California, Virgina, Texas, D.C. (not a state), New York, Colorado, Georgia, Illinois, and Michigan. Thanks to all for your interest and support!

Thanks to Kim Winters at Kat’s Eye Journal for her kind words about my novel Tantalize (Candlewick, 2007). Kim says: “Yummy. The best dark fantasy I’ve read in a long time.”

Thanks also to E Cubed who observes: “Tantalize is written at a higher level than most YA books these days, and as such is a moderately challenging read. However, it adds to the appeal of the book, making it accessible for adult readers and more desirable for older YA who feel the need for ‘juicier’ reads.” Read the whole review.

Finally, thanks to all who took the time out to attend my table signing at Barnes & Noble Round Rock on Saturday. Most appreciated!