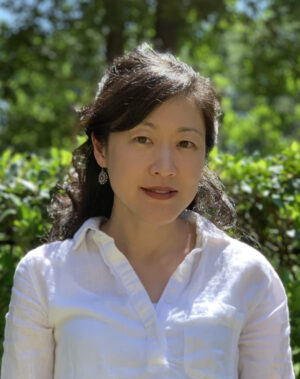 Julie Lee is the author of the middle grade historical novel Brother’s Keeper (Holiday House, 2020), a story inspired by her mother’s escape from North Korea during the Korean War.

History has always eluded me. The longer it gets, the more there is to know, and so we distill it into digestible bits, until we are left with only forgettable dates and facts. Before I started researching Brother’s Keeper, I had only a vague understanding of the Korean War—also known as America’s Forgotten War—even though it was part of my own family history.

When I was growing up, I hardly learned about this “conflict” that took place on a tiny peninsula, an ocean away, and soon, I began forgetting too. But the consequences of forgetting are more dire than merely closing that book on history and walking away.

I’m a firm believer that the more we know about the past, the more we know about ourselves. Which means that forgetting historical events, like the Korean War, results in a kind of erasure of an entire generation of people affected by it. And by erasing them, we are leaving a hole in ourselves—a hole in our understanding of ourselves—which can also make us vulnerable to repeating the same mistakes of the past.

But how can we write about forgotten history in a way so that readers never forget and are enriched by remembering? This is a question I struggle with every day and one that is always on my mind when writing and reading historical fiction.

Go beyond the historical event: When people ask me what Brother’s Keeper is about, I never say that it’s about the Korean War. Because it’s not. It’s about a twelve-year-old girl named Sora who flees from North Korea with her younger brother during the Korean War. Even though the war plays an integral part in Sora’s emotional and physical journey and puts her on the path of no return, this story centers around a young girl in a patriarchal society who wants to live life on her own terms. Sora fights for herself and those around her with courage, love, and hope.

By focusing on Sora’s inner journey, the backdrop of the Korean War can become more than just a bunch of battle dates and Cold War politics; it can become a human story, full of flawed but relatable characters. Sora sometimes argues with her mother and brothers but will also defend them fiercely. I see a bit of Sora in myself and my daughters, and hopefully, readers can see a bit of her in themselves too. Establishing that emotional connection with readers inevitably highlights the historical event we want to portray.

Use vivid world-building: But characters can’t do all the heavy lifting on their own. To make history memorable, it must come alive through vivid world-building. When writing Brother’s Keeper, I tried to draw upon all of Sora’s five senses. How does the gravel road feel under Sora’s feet? How does a rice ball taste when she’s starving? What does fertilizer smell like in the middle of a cornfield? What do the bare branches of trees look like at dusk? How does the night sound when nearly everyone has fled and she’s one of the last ones left? 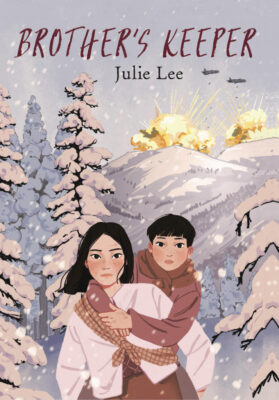 When describing the world, I also leaned heavily into metaphor and simile and personification. In Brother’s Keeper, the ragamuffin boys at the outdoor market are not just stealing dried squid and scattering in different directions, they are “hopping around like hot oil in a pan.” World-building is where our imaginations can really play, even for historical settings which are already predetermined.

Be sure to include backmatter: For me, the author’s note is one of the most important parts of a historical novel. This is where we, as writers, can explain what is fact versus fiction, delve deeper into the history, explain our research process, and speak directly to the reader about our opinion of the events.

In Brother’s Keeper, I used the Author’s Note to let readers know that the Korean War and its survivors have largely been forgotten—something they might not have otherwise realized—and that it is up to us, now, not to forget. In addition to the Author’s Note, I found that including personal photos, a timeline, and a glossary in the backmatter was another important way to engage with readers and connect history to real people.

Over time, forgotten histories—which are often tragic and full of injustices—become so distant that we can no longer see them. They become nothing more than statistics and dates, or worse, an unwelcome reminder of humanity’s ills that we would rather forget. Shedding light on these events, alone, may not be enough to keep us from forgetting and, consequently, losing a bit of ourselves. While character and world-building and backmatter helped me highlight a forgotten history, ultimately, my focus was never on the event itself, but rather on the people who lived it.

When my mother told me stories about her life as a young girl in North Korea and then as a refugee, they were memorable to me, not because of the insufferable war she endured, but because she had triumphed in the end. Spanish novelist Carlos Ruiz Zafon once said, “We are what we remember.” If this is true, then let us not only remember those forgotten histories, but also the courage, love, and hope that arose from them, so that we may be all those things too. 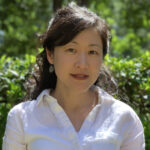 Julie Lee is the author of the historical middle-grade novel, Brother’s Keeper, which was a winner of the Freeman Book Award, winner of the International Literacy Association Children’s and Young Adults’ Book Award, a Jane Addams Book Award finalist, an ALA Notable Children’s Book with Outstanding Merit, an ALA Rise Feminist Book Project Selection, a Bank Street Best Children’s Book of the Year, a Kirkus Best Book of the Year, and recipient of four starred reviews. She holds an MFA in Writing for Children and Young Adults from the Vermont College of Fine Arts, as well as a BA in history from Cornell University. Currently, Julie lives in Georgia with her husband and three children. Her next book is a companion novel to Brother’s Keeper and will be published by Holiday House in 2022.