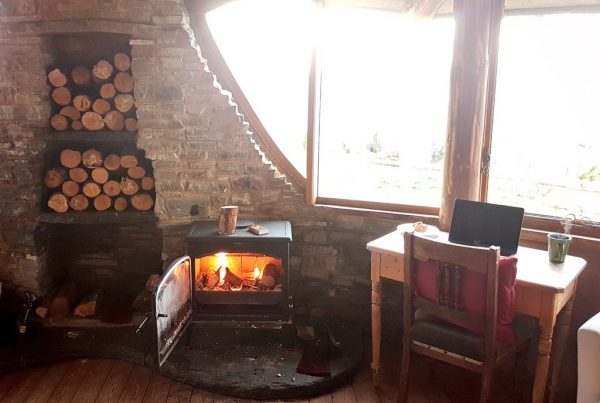 Today we welcome middle grade debut authors Joseph Elliott and Kate O’Shaughnessy as they talk about their inspirations as well as writing the book they needed and wanted to read. 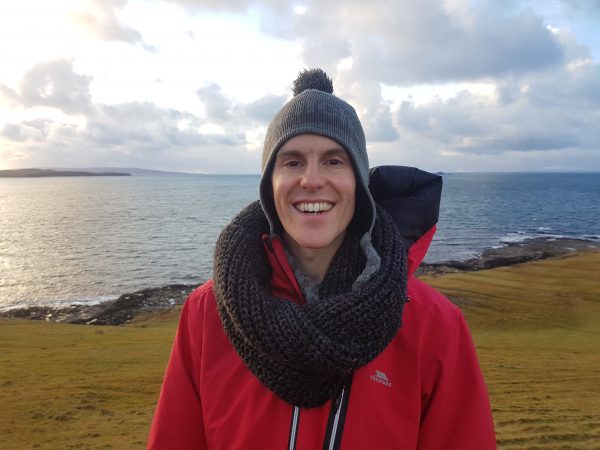 I’m really hoping that adults will enjoy the book as much as young readers.

The Good Hawk (Walker, 2020) started with Agatha, one of the two protagonists. I’d spent years working with children with additional needs, and it occurred to me that I’d never read a book featuring a main character with Down syndrome. I firmly believe that every child deserves to see themselves reflected in the books they read; I hope that Agatha helps pave the way for more diverse representations within all children’s literature. 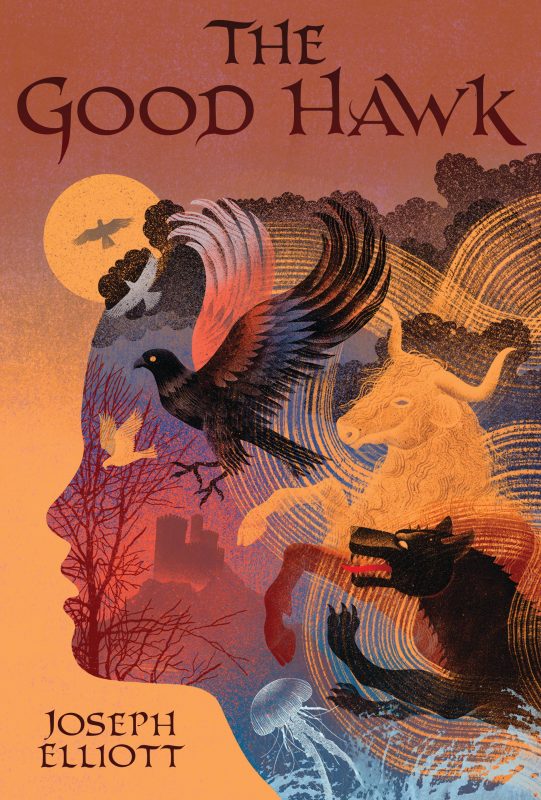 Scotland was also a massive source of inspiration. It’s such a beautiful country. I’ve lived and worked there on several occasions, and totally fell in love with it. I’ve also trekked from one side of the country to the other—a similar journey as that made by the characters in the book. The harsh landscapes were the perfect backdrop for my world. 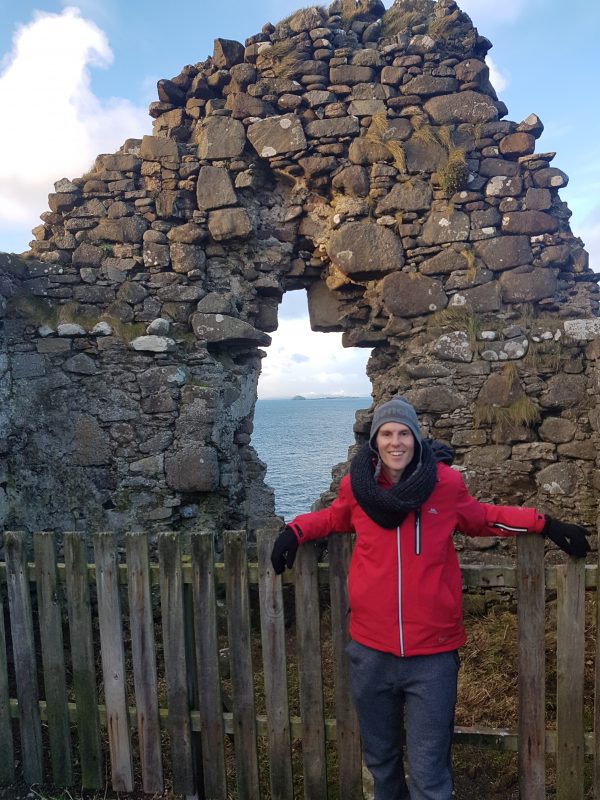 I wrote in secret for years, not even telling my closest friends that I was working on a book, because I couldn’t face the constant impossible-to-answer questions of “How’s the book going?” and “When are you going to be published?”

So, the initial reaction when I announced the sale was mainly one of surprise–my friends didn’t even know I was writing, and suddenly I presented them with the news that I’d signed a three-book deal! The support since then, from all of my family and friends, has been totally overwhelming in the best possible way.

I found Twitter to be a brilliant way to meet other authors; ‘book Twitter’ is such a welcoming and supportive place, and it’s been great meeting other authors through it.

Soon after signing with my publishers, I joined a U.K. debut authors group and have made some really close friends as a result of it.

Writing can be such an isolating profession and being a debut author comes with many hardships and insecurities that are rarely spoken about—editorial struggles, Imposter Syndrome, and anxieties over book sales to name just a few—so it’s been invaluable to have other debuters to share the experience with.

Don’t try to predict the market and definitely don’t write just because you want to be published.

Write what excites you, without trying to second guess whether it’s any good or not; there will be plenty of time to improve it later…. Good luck and enjoy the ride! 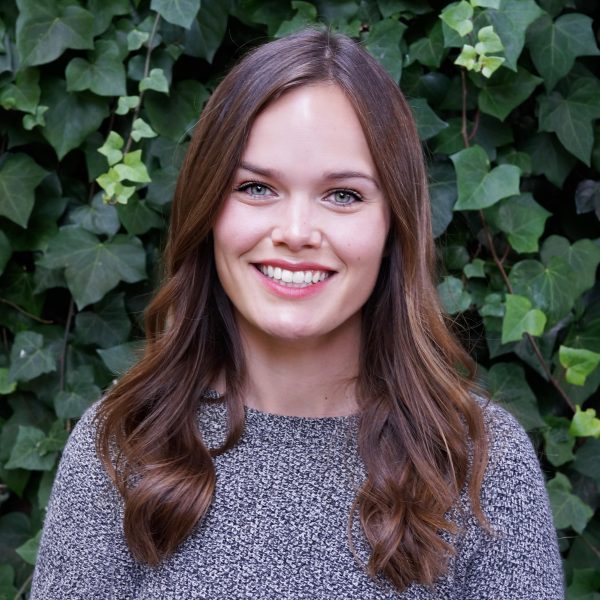 I feel like I’m forever twelve years old in my heart.

It’s surprising to me how many people have an immediate and quick answer to “what’s your forever age?” The way I explain it is that it’s just a feeling, deep down. A connection to the emotional experience of being a certain age.

One of my best friends immediately answered, “I’m definitely seventeen.” Others have quickly said, “thirty-two” or “seven!”

Some people might not have a forever age, and that’s okay, too. But for me, it’s twelve. There’s something about that age that’s absolutely magical to me. You still have a kid’s imagination, as well as an openness and curiosity toward the world.

But it’s also a difficult age because you’re figuring out where you belong, that families and friendships aren’t always perfect, that the world is a lot more complicated than you ever could have imagined.

Books were everything to me back then, because they helped me figure things out, and they were a refuge. And when I first started writing, there was no doubt in my mind that I wanted to write for a middle-grade audience. I want to pay it forward, in a way—offer hope and a place to escape for readers who need it as much as I did. 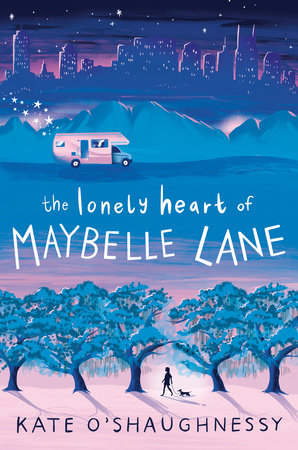 My husband and I had just moved across the country from the east coast—where my family lives—to the San Francisco Bay Area.

It was a difficult adjustment, because I’m close with my family, and we didn’t have that big of a community waiting for us in California. I felt a little bit adrift, and very lonely for the first year or so. Writing The Lonely Heart Of Maybelle Lane (Knopf, 2020) definitely helped me work through some of that.

In the book, eleven-year-old Maybelle Lane and her mom have to move away from their home, which ends up being pretty traumatic for Maybelle. Working through her loneliness helped me work through mine.

And since it’s a road trip book, I decided to go on (almost) the exact same journey that Maybelle takes in the story. I talked my younger sister into coming with me, and we rented a car and spent about a week driving from Louisiana to Nashville.

Spending that time with her was definitely a balm for my loneliness. Books really can be healing not only for the reader, but for the author, too.

I got my agent the old-fashioned way—through the slush pile. But I didn’t rush it. I actually sat on the manuscript for about a year before I decided I was ready to pursue publication. I’m not saying everyone has to wait that long, but time gave me much-needed emotional distance from the book, which allowed for a final revision that I think really helped the story.

Then I did a metric ton of research on agencies, agents, their tastes, the books they’d worked on, trying to figure out whether we’d be a good fit. I made a huge spreadsheet to track all the data.

I probably wrote twenty drafts of my query letter. I posted it online for feedback, and spent about thirty dollars hiring an independent editor to help edit it.

Only after hours of research and a final polish did I feel ready to send it out.

And I’m so glad I did so much pre-work and research—I ended up signing with my fantastic agent, Pete Knapp, pretty quickly.

For those who are still curious, I wrote a longer post that’s up on my website where I share my query stats, query letter, and a bit more about this process.

Pete and I then did a pretty big revision on the manuscript together. He’s a very editorial agent, so he sent me a long editorial letter after I signed with him, and then I got to work.

Again, I’m so grateful that we did a ton of pre-work, because when it came time to go on submission, we ended up selling the book pretty fast.

I think there’s an element of luck with selling fast, too, but I guess my message is: it doesn’t hurt to make it as good as you can possibly make it before taking it on to the next step.

Read a lot and read widely. Read for pleasure, but separately, read for craft. Sometimes I’ll read a book entirely for pleasure and if I love it, I’ll immediately start it all over again with a highlighter and a pen, and try to figure out why I loved it so much. That’s been really helpful.

Another trick is to re-write the first chapters of books that grab you from the first word. Have the book open next to you, open a word document, and copy down the words. I found this enormously helpful because writing out the words feels very different than reading them—even careful reading.

And journaling! I try to journal most mornings. I have no goal other than to write out what I’m thinking about. Sometimes it’s story-based, other times it’s to-do lists or writing about my dreams. I feel like this really helps me clear out the cobwebs. 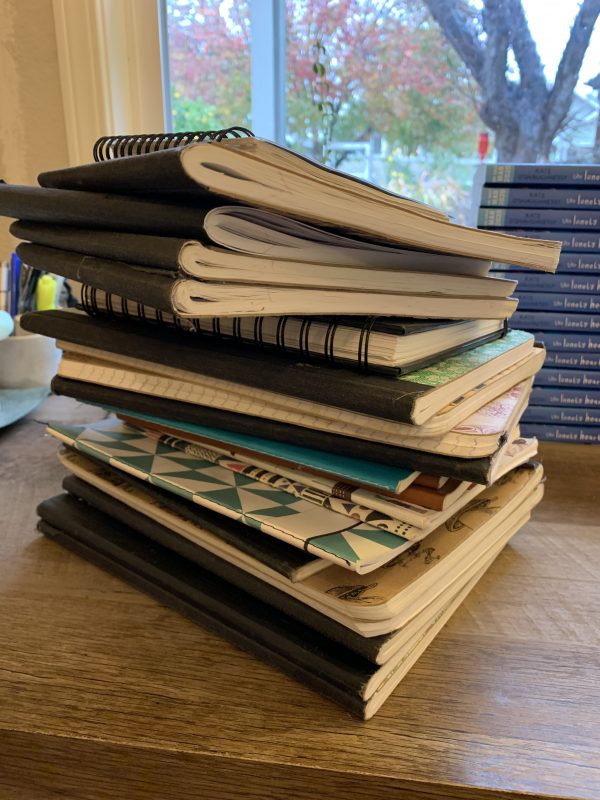 But my number one piece of advice is to finish something. I spent at least a couple of years spinning my wheels, only writing about 5,000-10,000 words of a novel before I’d lose faith and give up, moving on to something else. My husband jokingly called it my “5,000-word curse.”

But then I decided I was going to finish a story. So I set a goal of 500 words a day, five days a week. And I sat down at a desk and forced myself to do the work, and didn’t allow myself to stand up until it was finished.

Some days, it felt like squeezing blood from a stone. Most days, actually. It was brutal!

But I can’t express the pride and overwhelming sense of accomplishment I felt when I had that first draft in hand—my first finished novel.

Was it good? No! It was terrible. But it was done, and with drafting, that’s what matters most. 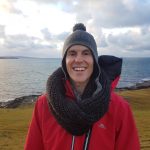 Originally from Bristol, Joseph studied English Literature and Drama at the University of Manchester, before doing an MA in performance at Central School of Speech and Drama.

For the last twelve years, he has worked as an actor, predominantly in comedy and children’s television. He is best known for playing pirate ‘Cook’ in the BAFTA-winning CBeebies series, Swashbuckle, for which he also writes many of the scripts.

Children with special educational needs have always been a part of Joseph’s life. His mother is a primary school teacher specialising in SEN and, as a young child, his parents provided respite foster care for children with additional needs.

One of Joseph’s first jobs was working in a holiday playscheme for children with learning difficulties and disabilities, and he then went on to work as a teaching assistant at Westminster Special Schools for over four years. Joseph lives in London. 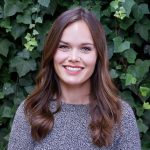 When she’s not writing, you can find her in her garden, cooking (she used to work as a chef), hiking somewhere in the mountains, or chronically mispronouncing words she’s read but never heard said aloud.

Kate lives with her husband and their spoiled rescue dog in Berkeley, California.