So you’re zipping along—doing your thing—and below the radar one, or more, of your books goes silently out of print.

When a book goes out of print, it always hurts—it’s a death in the family. You’ve spent a significant portion of your life living with it, writing it, and cheering it on. Now, it’s no longer available. For most books, that’s simply the end of the line.

I did not want that to happen to my first novel, Spitting Image (Clarion, 2003). It is a book close to my heart.

It got glowing reviews, including a starred review in School Library Journal, made several state short lists, was recorded by Recorded Books, and sold reasonably well for a hardcover debut novel. Yet, somehow, it never made it to paperback—a format more affordable by its intended audience, young teens.

I wanted it to have a longer life. However, I didn’t have an editor willing to jump on the paper-only bandwagon, so I decided I’d take matters into my own hands. First, I had to get my rights back. That took a bit of time. Then I had it reprinted at a reputable printer with a new cover design by a newly created publisher (me, as Rascal Road Publishing). 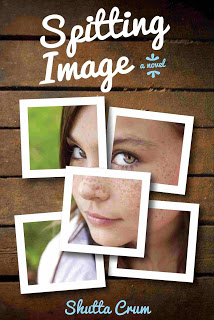 Below are a few things I learned along the way.

1. Check your contract: Find out your publisher’s definition of “out of print.” If it’s not included, call and talk to them about how they define it. It’s usually that the book has to hit a designated number of sales for it to be considered in print.

And do check your electronic rights. I could not get Spitting Image back until we hit a reporting period with less than 50 copies of the eBook sold.

2. Be persistent: It will take a long time to get rights back with some sort of written communication saying the same from the publisher. The thing is, in many contracts it is stated that after a certain number of months from the date of an author’s request for rights the rights simply revert.

Now, while the author may legally have those rights, getting that in writing is the hard part. A publisher may tell you that you have them. But I think it’s best to actually have a letter stating that as many printers will want to see proof that you have the rights before printing the book for you.

So watch your deadlines, and keep communicating until you get it in writing. If you have an agent they may be able to help you with this. 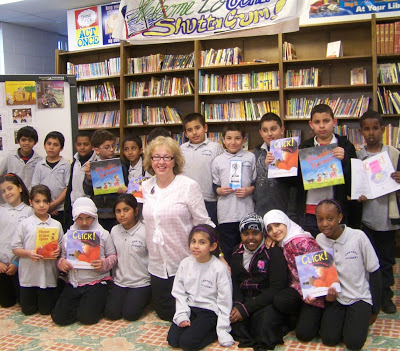 3. Set a goal: You need a goal for the book. Mine was to simply get it into the hands of more kids when I do school visits or speak at festivals.

So I had it reprinted in paperback with a sales price of $7.99. (More on this later.) 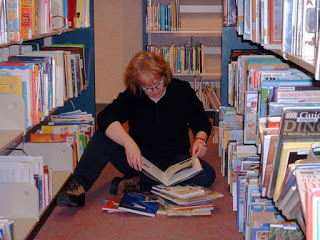 4. Create a company: You’ll need to put in new CIP info. So I created my own publishing company, Rascal Road Publishing. I did my research and made sure there was not another company with this name.

Then I bought the domain names for the most common forms of URLs for it.

That is, I bought Rascalroadpublishing.com, .net, and .org. I did the same for Rascalroadpress and Rascalroadbooks.

This costs me about $12.00 a year per domain. But it’s worth it to keep anyone else from buying your domains and perhaps using them in a manner you would not want. I also designed my own logo.

I did not incorporate, but that is a possibility. Talk to your tax preparer first.

5. Create a website: I designed a simple website myself for Rascal Road using WordPress and incorporating PayPal so folks could also purchase the book online. This meant that I had to get a sales tax license for my state. 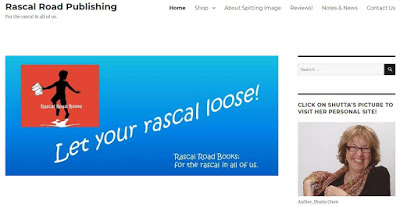 6. Work with the printer: The printer had an in-house editor and a cover designer who worked with me to design a new cover, new CIP, new title page, a praise page with quotes from good reviews, etc. This had to be done to remove the logos of the original publisher.

As I only wanted to print 500 copies and keep the price low for teens, I opted for a new photo on the cover. This we found on iStock for $35.00. Now, I adore the new cover design!

Designing the cover, these extra pages and placing a bar code cost me about $750. I also bought a small packet of ISBN numbers off the Bowker site.

7. Know how selling works: I wanted to keep the price low so that kids could afford the book.

What I hadn’t taken into consideration is that retailers like Ingram, Baker & Taylor, and Amazon, even bookstores, take anywhere from 35 to 45 percent of the list price to sell for you.

So that means if I place my title with these companies those copies will not make back the cost of the printing. (I obviously hadn’t done all my homework!)

In the long run, I am fine with that as my purpose was not necessarily to make any money on the venture. However, I do think I could have upped the price by about a dollar or two so that I might get closer to breaking even. I will say that the bookstores love the low price. It is easier for them to sell it.

8. You have to market it: Most of my copies I simply plan to make available at my school visits and to take with me to festivals and conferences. I have donated several copies to local libraries, and my local bookstores are carrying them for me on commission.

This is a new venture for me, and I have, as yet, to place it with Ingram, Amazon, or some other wholesaler. I may do so with the knowledge that those placements will come at a cost. The good thing will be the exposure to buyers.

9. The take away: I might do this for another novel, and my publishing company is all set up. I doubt that I would do this for one of my picture books.

Printing full color picture books on quality paper is still an expensive undertaking. The price on the book would be high, and I don’t feel that buyers (parents/schools/etc.) feel that investing $16 to $20 for a thin paperback picture book is a good investment. 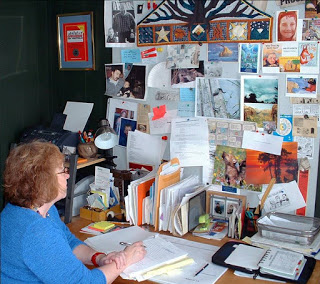 All in all, it was an interesting endeavor. I’ve learned a few things, and discovered some of the joys of doing it.

Having been traditionally published for almost eighteen years I never thought I’d turn to a self-publishing activity. But I’m proud of the way the book turned out, and the fact that teens can afford to buy it at the price listed.

I won’t make back the cost of printing it, but that is fine by me on this occasion.

I’ll have to wait and see what my final analysis may be.

Still, I think if you have a book that has been vetted by an editor and one that made some waves in its first foray out into the world, do consider bringing it back into print.

It makes me happy just to see it sitting on my bookshelf.


Shutta Crum is the author of Spitting Image as well as other middle-grade novels and many picture books, poems and magazine articles. Thunder-Boomer! illustrated by Carol Thompson (Clarion, 2009) was an ALA and a Smithsonian “Notable Book.” MINE! illustrated by Patrice Barton (Knopf, 2011) was reviewed by the N.Y. Times Book Review as “a delightful example of the drama and emotion that a nearly wordless book can convey.” Her books have made Bank Street College lists as well as state award lists. Mouseling’s Words, illustrated by Ryan O’Rourke (Clarion, 2017) is her latest. Find Shutta on Twitter and Facebook.

3 thoughts on “Guest Post: Shutta Crum on A New Life for an Out-of-Print Book”