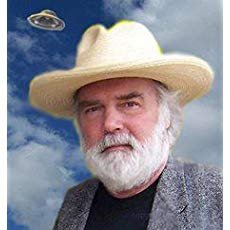 Author David Davis Was a Friend, wrote Glenn Dromgoole for The Eagle. Peek:

“I’m sad to report that David Davis, one of my favorite Texas children’s authors and a good friend, died May 24…

“David had a wonderful sense of humor and often teamed up with fellow Fort Worth children’s author Jan Peck to put on delightful programs for schools, libraries and book festivals.”

“My favorite story David told in schools was about how he hated math and got in trouble when he was a kid:

When Grandpaw heard about me not studying my math, he didn’t get mad at me. he just took me fishing at Cibolo Creek in San Antonio.We got out in the lake and Grandpaw said, ‘Dave, what’s this I hear about you not studying your math?’

‘Come over here, boy. I want you to feel my hands.’

I felt my grandpa’s hands, ‘They’re rough as a corn cob, ain’t they?’

‘Yes, sir,’ I said. ‘I’ve had to work like a rented mule my whole life because I didn’t get an education. I don’t want that for you, Dave. Listen, you study hard and learn all you can because a man that can read can teach himself anything else.’

And that’s what I did, I read everything. I read about drawing, and I taught myself to draw cartoons. I learned to write and got to do picture books and I learned my math.

Then David would turn to the kids and say, “You have this wonderful school with all these caring teachers and your good librarian. Use your library and read these books about things you’re interested in for at least five minutes a day. And by the time you grow up, you’ll be an expert in what you have learned.” 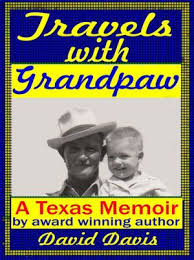 He also self-published several humor books, including Travels With Grandpaw: A Texas Memoir (Amazon Digital, 2011), his venture into nonfiction writing for adults.

He was an active speaker and presenter at educational conferences and schools. He did programs from Pre-K all the way to graduating teachers at college level.

He presented at many book festivals and appeared on TV, radio, and as a featured author at the Texas Book Festival.

David was my partner in rhyme, my soul-brother and my friend, my writing/art/music soulmate, and my playmate (we were like kids).

We did millions of school visits together and even wrote together, The Green Mother Goose (illustrated by Carin Berger, Sterling, 2011).

He always makes me laugh, even through tears. I love him with all my heart forever! Rest in Peace, David!

“It is a fact that you never really get anywhere in life without close friendships. 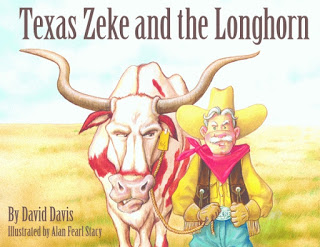 I met David Davis at an SCBWI conference through mutual friends. After looking at my art, he recommended I try to get book illustration work with Pelican Publishing.

A few books later with another publisher, David asked me if I would like to illustrate a book he was working on, Texas Zeke and the Longhorn (Pelican, 2006).

Before working on the illustrations, I asked David if there were any suggestions he had. He replied “no” and said that was entirely up to me. I showed him some color sketches of the character of Texas Zeke.

‘Is that me?’ he asked with a gleam in his eyes. I was a little embarrassed to admit that I couldn’t help see him as Texas Zeke. ‘Oh, that’s great! I can use that.’ He ran off with a grin like a kid who was given a Christmas present.

He had such a great wit that I dubbed him the Mark Twain of children’s literature.”

“As I’ve said a zillion times, laughter is the best medicine of all and when I was around David Davis I simply felt better just being with him. 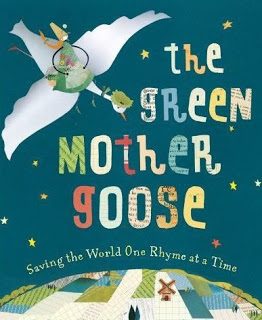 He loved his work, his family, the kids he wrote for, and he was as happy as a duck in water with a pencil in his hands. He hit life head-on and didn’t dilly dally around wasting time.

He read a million books and love to quote Mark Twain and Ray Bradbury.

One afternoon as we all lingered at our 4 Star Critique Den, I asked him how could I overcome my writer’s block. I couldn’t believed I’d published two middle grade novels, (taking 50 years to get in print) and I was so stuck on my next book.

He jumped right in with a solution and quoted Ray Bradbury: ‘Living at risk is like jumping off the cliff and building your wings on the way down,’ he told me.

It’s true. I have taken lots of risks, some work and some didn’t but at least I’ve done it.

David was an honest-to-the-core author. He never met someone he couldn’t open up a conversation with. We all miss him but so blessed to have been in his circle of friends.” 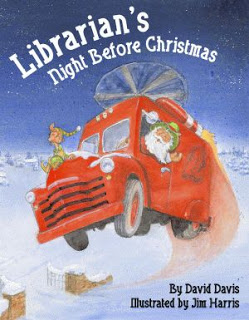 “David Davis guided us all toward deep insights made simple. Minute to learn, lifetime to master insights like ‘cut it down and flesh it out.’

He taught me this 10 years ago in my first critique with him and I’m still trying to do this every time I write and re-write. What can I cut from this chapter that really isn’t necessary? What cannot be cut because there is something profound about it? How do I make that thing even better?

But more than anything he ever said about writing, David made us better writers by bringing his own writing to critique group.

We saw a lifetime of craftsmanship in whatever he brought and we were all the better for having heard it, the artistry of his storytelling inspiring us to come back the next week, better than we were the week before.