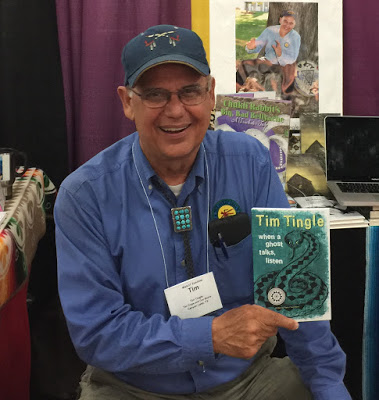 Earlier this week the Oklahoma Center for the Book announced Tim Tingle as the Arrell Gibson Lifetime Achievement Award winner for 2018.

The award honoring a body of work contributing to Oklahoma’s literary heritage, was named for Oklahoma historian Arrell Gibson, who served as the first president of the Oklahoma Center for the Book.

Tim is an award-winning author and storyteller and citizen of the Choctaw Nation of Oklahoma. His great-great grandfather, John Carnes, walked the Trail of Tears in 1835, and his paternal grandmother attended a series of rigorous Indian boarding schools in the early 1900s.

In 1993, he retraced the Trail of Tears to Choctaw homelands in Mississippi and began recording stories of tribal elders.

He received his master’s degree in English Literature at the University of Oklahoma in 2003, with a focus on American Indian studies.

While teaching writing courses and completing his thesis, “Choctaw Oral Literature,” he wrote his first book, Walking the Choctaw Road (Cinco Puntos Press, 2003). It was the selected book for the Centennial “Oklahoma Reads Oklahoma” program in 2005 and was also selected for Alaska’s One Book–One State program. 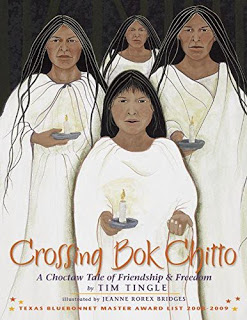 His children’s book, Crossing Bok Chitto: A Chotaw Tale of Friendship & Freedom (Cinco Puntos Press, 2006), garnered over twenty state and national awards including the 2007 Oklahoma Book Award, and was an Editor’s Choice in the New York Times Book Review.

In June of 2011, he spoke at the Library of Congress and presented his first performance at the Kennedy Center, in Washington, D.C. (A video of that performance appears at the end of this post.)

Tim was a featured author and speaker at the 2014 National Book Festival in Washington, D.C., based on critical acclaim for How I Became a Ghost (Roadrunner Press, 2013), which won the 2014 American Indian Youth Literature Award.

In February of 2016, his novel House of Purple Cedar (Cinco Puntos Press, 2013) won the American Indian Youth Literature Award, and was a finalist for the 2015 Oklahoma Book Award in fiction and made the finalist list for the Dublin Literary Award in 2016.

Tim’s other books include: 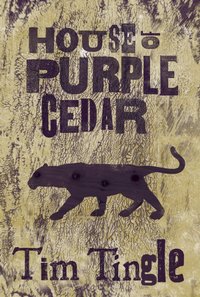 His next book, A Name Earned will be released in January, 2018 by Native Voices.

In a starred review of A Name Earned, Kirkus Reviews said, “In Bobby and Lloyd, Tingle highlights the resilience that young people have as they navigate family challenges. What is most special is the bond that develops between Bobby and his father, a father-son relationship that defies the odds, depicting a healed father on the other side of sobriety.”

As a visiting author and performer, Tim reaches audiences numbering over 200,000 annually. He has completed eight speaking tours for the U.S. Department of Defense, performing stories to children of military personnel stationed in Germany.

Tim also coordinates the Doc Moore Storytelling Guild that meets monthly at the Bulverde Library  to celebrate and encourage the art of storytelling.

He is represented by Andrea Cascardi of Transatlantic Literary Agency.

The Arrell Gibson Lifetime Achievement Award will be presented at the Oklahoma Book Award ceremony on April 7 at the Skirvin Hotel in Oklahoma City.

Tim Tingle and D.J. Battiest performance
at the Kennedy Center for the Library of Congress