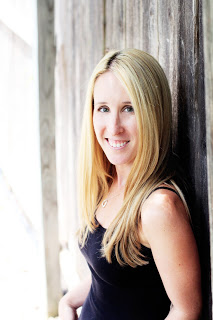 When I sold my first middle grade novel, I was super excited when my publisher asked me if I would also write a sequel.

Because two books were obviously twice as awesome as one book and now I’d get to spend more time writing in the world I had painstakingly constructed for Book #1.

I was ecstatic and I floated around on a cloud of overwhelming happiness—right up until the moment I sat down to write Book #2.

Then, panic set in.

The sequel, which had sounded so good in theory, was downright terrifying in actual fact. I had no idea where to start and I was sure I was going to totally screw it up. 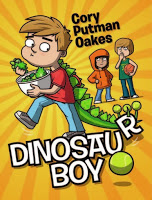 I had never experienced a sequel as a writer before. My writer-self had nothing but a big giant blank to draw on in that area.

I realized, however, that I had experienced quite a few sequels as a reader. And my reader-self had some very definite opinions about sequels, so I decided to let my reader-self educate my writer-self on how to proceed.

Turns out, my reader-self had some useful things to say which really helped me during the (eventual) writing process.

So in the interest of helping other writers who currently find themselves (or may one day find themselves) staring down the barrel of a sequel, here are my Seven Deadly Sins of Sequels:

Perhaps one of my biggest peeves when it comes to sequels is when major changes happen between Book #1 and Book #2 and we learn about those changes in a recap at the beginning of Book #2 instead of actually seeing them happen.

If you’re going to kill off a character, end a major relationship, have somebody move away, or basically put any character in a fundamentally different position than the one they were in at the end of Book #1, don’t do it in a recap! That’s cheating.

Your reader is picking up Book #2 because they loved the story and the characters from Book #1—don’t bamboozle us by letting major things happen behind our backs! We will feel like we missed a step. (Which, in fact, we did!) 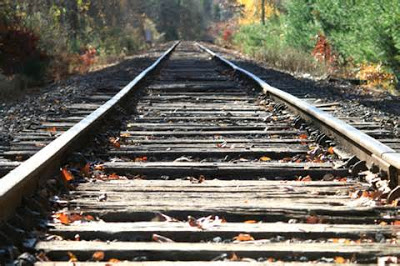 No one likes a plot they can see coming a mile away, but it’s also no fun to feel like the story-train you climbed aboard in Book #1 has literally jumped off of its tracks in Book #2 and is headed in a new direction, one for which you didn’t buy a ticket.

That doesn’t mean that the plot of Book #2 should be yawningly predictable for the sake of comfort, but there should be some hint of what is coming next built into Book #1 so your reader doesn’t feel completely blind-sided.

(Note: don’t panic if you’ve already completed Book #1 and you don’t think you did this—go back and read Book #1 again. I promise you planted more seeds than you remember.)

You don’t want Book #2 to only make sense to people who were really, really paying attention to Book #1. But on the flip side, your sequel should not be a complete stand alone: Don’t act like Book #1 never happened. If, for example, your main character overcame a major obstacle in Book #1, it’s weird if that obstacle, and his/her struggle, is never referred to in Book #2.

You don’t have to go overboard reminiscing and info-dumping about all the stuff that happened in Book #1 (“Hey guys! Remember that time that we . . . “), but Book #1 is now part of the mythos, the shared understanding, of both books. It’s a common language between you and your reader. Use it as such. Make sure that you are building up your characters in Book #2 on top of a foundation that you constructed in Book #1.

Deadly Sin #4: When Book #2 is Basically Just Book #1 On Steroids 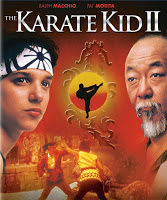 In Book #1, the main character learns how to deal with a bully.

In Book #2, the main character learns how to deal with an even bigger, nastier, scarier bully.

No. Your main character has already fought this battle. They need a new battle for Book #2 or we’re just watching them go on the exact same journey they’ve already taken. Even if we really, really enjoyed the journey the first time around, we don’t want to see it again.

The question your sequel audience is asking is: Where does this character go from here? Not: Can they do it again even though it’s slightly harder this time?

This is a well-documented problem, specific to trilogies, when an author sacrifices Book #2 in order to set up the amazing, wonderful, mind-blowing idea they have for Book #3. 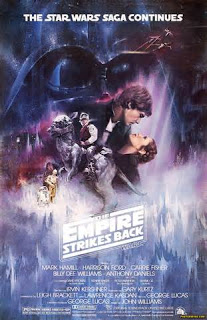 Okay, fine, I’ll use a specific example here: “The Empire Strikes Back.” I love “Star Wars,” I do. But even I’m forced to admit that Empire was really just a big set-up for “Return of the Jedi.” We can excuse this because of all the battles with Imperial Walkers and people cutting open tauntauns, being frozen in carbonite, and almost getting eaten by meteor-caves-that-are-really-giant-monsters. “Star Wars” can get away with this. But you and I can’t.

We need to move our plots along because people are not going to be as forgiving about our books as they are about “Star Wars” because, well, our books are not “Star Wars.”

Trilogies are tough because in a three book series, Book #1 is going to be the beginning, Book #2 the middle, and Book #3 the end. The tricky part is that each individual book in the series (including Book #2) also needs a beginning, middle, and an end of their very own.

How can you tell if you’re sacrificing Book #2? If the only stuff that happens in Book #2 is bad and there is no resolution to any of it, this is big, red, flashing warning sign. If Book #2 is when everything breaks, and Book #3 is where everything is fixed, this means you’re stopping your characters in mid-arc in Book #2. This is very unsatisfying.

Don’t get me wrong: You can leave your characters in dire straits at the end of Book #2. But make sure they accomplished something while getting there. There needs to be some kind of resolution to Book #2 problems—in Book #2.

Deadly Sin #6: Major Reveals That Should Have Happened Earlier

You know when you’ve been friends with somebody for years and then you learn a very important thing about them that you can’t believe you didn’t know? It feels rotten, right? Like maybe you never really knew them like you thought you did, or that maybe you’re a bad friend for not realizing this very important thing sooner? 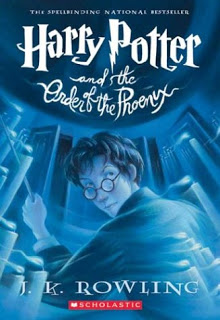 As readers, we fall in love with characters. Sometimes to unreasonable degrees. We will tolerate (and even encourage) them when they change and grow in reaction to things that happen to them, but we will not accept them drifting away from their core, defining characteristics.

Nobody would be okay with it if Indiana Jones suddenly decided to just “get over” his fear of snakes and adopted one as a pet. Nobody would be on board with Harry Potter dropping out of Gryffindor, joining Slytherin, and giving Ron Weasley wedgies in the hallway. It’s just not them.

Your characters need to grow and change in Book #2. But they need to stay themselves. Don’t mess with the core of who they are, or you risk the wrath of your readers who love them.

So those are the sins that I tried to avoid while writing my sequel. What did I miss? What else can we add to this list, to help guide the future sequel-writers of the world on their perilous journey?

Note: As you add to this list, please speak generally, as opposed to using specific books and authors as negative examples. Everyone who has ever tackled a sequel deserves a hug, a high-five, and at least a gallon of chocolate ice cream—not criticism. Let’s keep it positive, encouraging, and helpful! 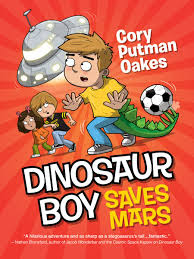 Cory Putnam Oakes is a writer living in Austin, Texas. Dinosaur Boy Saves Mars, the sequel that inspired this post, came out in February, 2016 from Sourcebooks.

She wishes it to be known that she feels really, really badly about disparaging “The Empire Strikes Back” in the above post. But she is certain that her overwhelming love for “Star Wars” in general will excuse this teeny, tiny bit of loving criticism.

Cynthia Leitich Smith agrees with Cory about the perils of “bridge” books in trilogies, but nevertheless believes that “The Empire Strikes Back” is the best of the “Star Wars” movies. Cynthia also selected “The Karate Kid II” to illustrate Cory’s fourth point, even though it’s her favorite of that series, too. She apparently feels conflicted about the whole dynamic.