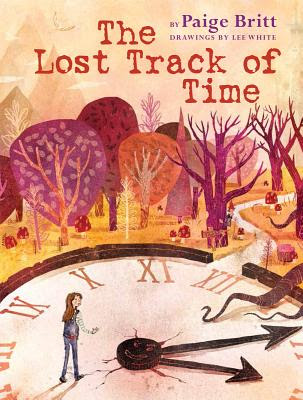 Paige Britt
is the first-time author of The Lost Track of Time, illustrated by Lee White
(Scholastic, 2015). From the promotional copy:


A magical fantasy, an allegorical cautionary tale, a feast of language, a celebration of creativity–this dazzling debut novel is poised to become a story for the ages.


Penelope is running out of time.


She dreams of being a writer, but how can she pursue her passion when her mother schedules every minute of her life? And how will she ever prove that writing is worthwhile if her mother keeps telling her to “get busy ” and “be more productive”?


Then one day, Penelope discovers a hole in her schedule–an entire day completely unplanned –and she mysteriously falls into it.

What follows is a mesmerizing journey through the Realm of Possibility where Penelope sets out to find and free the Great Moodler, the one person who may have the answers she seeks. Along the way, she must face an army of Clockworkers, battle the evil Chronos, take a daring Flight of Fancy, and save herself from the grip of time.


Brimming with clever language and masterful wordplay, The Lost Track of Time is a high-stakes adventure that will take you to a place where nothing is impossible and every minute doesn’t count–people do.

I absolutely do have a most memorable workshop! It was actually one you gave in 2008 with Jill Santopolo, author and editor at Philomel Books. Even though it was over seven years ago, I’ve never forgotten it.

The workshop was organized by the Austin SCBWI and hosted by Debbie Gonzales, who was regional advisor at the time.

To register, you had to submit three pages of a work-in-progress. A few weeks before the event, everyone received a packet with copies of all the three-page submissions. Then during the workshop, you and Jill went through each submission and discussed it with the entire group.

You were both kind and encouraging, but also very honest. Jill told us that editors were looking for a reason to say “no” when they read a manuscript. Together you discussed each submission and pointed out the potential “no’s.” Meandering openings, overly long backstory, and hazy plot lines were the most common mistakes.

Even though what you had to say was tough, it was clear you were invested in everyone’s success. You wanted to turn those no’s into yes’s.

Here’s the funny thing. I didn’t even submit my three pages. I registered too late to be a part of the critique, but I went to the workshop anyway. And I’m so glad I did! After the workshop I went home, re-read my three pages, and guess what? They were meandering, “explain-y,” and vague. But because of your input, I could see it. And if I could see it, I could fix it.

The Lost Track of Time opens with an alarm clock going off, “Beep. Beep. Beep. Beep.” It’s 6 a.m. and even though it’s summer vacation, the main character, Penelope, has to get up and get busy. Right from the start, you know that the central conflict in the story is time.

I did that because of what I learned from you and Jill.

After I fixed my first chapter, I submitted it to two conferences and had sit-down conversations with agents at both. The first agent asked for thirty more pages and the second one, Marietta B. Zacker, signed me. There is absolutely no way that would have happened if I hadn’t gone to that workshop. I’ve always wanted to tell you and Jill how much you helped me!

From the beginning, I knew The Lost Track of Time was intimately connected to real-world issues. When I started writing it, I was working for an internet startup. I was constantly on the clock, from morning until night and over the weekends, trying to make the company a success. Everyone was fighting for more time—but no matter what we did, there was never enough. And what time we did have, had to be spent Constantly! Achieving! Results!

Not surprisingly, The Lost Track of Time is about a girl who likes to do nothing. Doing nothing seemed to me like a radical and counter-cultural act. I’m not talking about the nothing where you lie around flipping through TV channels because you’re too exhausted to engage in life. 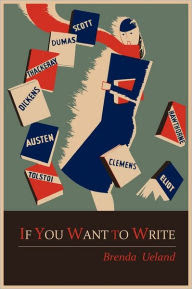 I learned about moodling from Brenda Ueland in her book, If You Want to Write. She writes:

I agree. When you moodle, you’re quiet, still, and (horrors!) unproductive. You let your mind wander until it becomes calm and curious and open. It’s a space of quiet contemplation and intense creativity.

During this busy time in my life, I had no time for quiet contemplation. But when I discovered Brenda Ueland’s words, I suddenly felt I had permission to sit, stare out the window, and moodle. Not only did I have permission, it was imperative that I do so if I wanted to let my own ideas and stories to “develop and gently shine.”

Ueland’s encouragement that everyone moodle touched me so deeply that she inspired a character in my book. She’s the Great Moodler and Penelope fights the tyranny of Chronos and his Clockworkers to save her from banishment in the Realm of Possibility.

As Penelope faces each trial with both imagination and courage, she moves from being an insecure, apologetic daydreamer to a great moodler in her own right.

Research shows a marked decline in U.S. children’s creativity, due to a lack of unstructured free time to play and, I would say, to moodle.

This is terrible news! Not just because creativity is wonderful and life-giving, but because it’s the best predictor we have of a child’s future success, not just in the realms of art and literature, but in the world of business, science, and technology, too.

I’m not sure if you can teach creativity, but I do think you can encourage it. And that’s what I wanted to do in The Lost Track of Time.

I wanted to hold up moodlers as heroes.

Not because they can wield a sword, but because they dare, like Penelope, to enter the Realm of Possibility—to live in the present, to be creative and contemplative, and to believe anything is possible.

7 thoughts on “New Voice & Giveaway: Paige Britt on The Lost Track of Time”