Tracy Holczer is the first-time author of The Secret Hum of a Daisy (Putnam, 2014). From the promotional copy:

Twelve-year-old Grace and her mother have always been their own family, traveling from place to place like gypsies. But Grace wants to finally have a home all their own. She thinks she’s found it with Mrs. Greene and her daughter Lacey, so when her mother says it’s time to move on again, Grace summons the courage to tell her mother how she really feels.

She’ll always regret that her last words to her were angry ones.


Now faced with making a home with a grandmother she’s never met, and according to her mother, didn’t want her in the first place, Grace is desperate to get back to Mrs. Greene and Lacey.

A mysterious treasure hunt, just like the ones her mother used to send her on, may must be the key. It all begins with a crane. And Grace is sure it’s her mother showing her the way home.

Back in 2003, when I’d been writing for about a year, I applied for a scholarship to Chautauqua, a workshop given by the Highlights Foundation.

I tried not to giggle too hysterically as I filled out the paperwork, thinking, “Who the heck do you think you are? You can’t go anywhere for a week! Besides, scholarships are for writers. Not wannabes with three young children to care for.”

“Pfft,” said the Rational Voice, and I sent it in.

When Kent Brown called to let me know I’d have a tuition scholarship, I immediately burst into tears and accepted with no idea how I’d cover room and board. We’d just started a new business and moved into a house and every penny was allocated to something much more important than my writing hobby.

My husband was the first person to suggest that maybe it wasn’t a hobby. When my family stepped in to cover the rest of the cost, expressing the same sentiment, I burst into tears all over again. 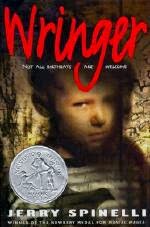 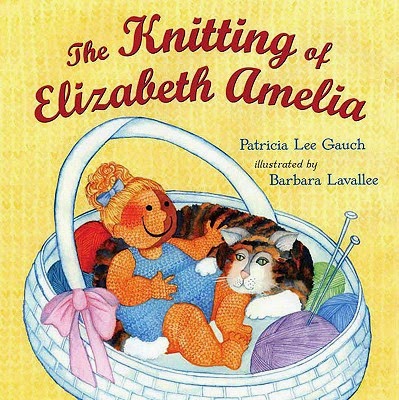 So, in the summer of 2004, I left behind a ten, seven and two-year-old to study craft and meet the rock stars of the kid lit world. For heaven’s sake, I sat right next to Jerry Spinelli for dinner one night. And talked to him as though he were a normal person. I’m sure I didn’t drool too terribly.

But what changed everything (aside from Sharon Creech just stopping by because she was in the neighborhood) was having Patti Gauch as my manuscript advisor. I started to get the idea that I’d lucked out when I began noticing people following her around in little clumps.

When you meet her, you really want to do this, too, because all that comes out of her mouth are these snippets of brilliance you immediately want to wear on a T-shirt.

Then, it was just Patti and me for our meeting. She told me to dig deep. To take the images as far as they would go. She told me to make sure there was a surprise on every page. A unique turn a phrase, a special image, a new way of looking at something. She told me to ignore my “homogenized self” and to embrace the part of me that was different.

She made me feel as though all my weirdness, everything I’d ever tried to hide from everyone, was the very thing I needed to cherish and put down on paper.

Then she talked about character being the heart of the story. After failing miserably at any sort of plotting, this was a new and breath-taking perspective. Maybe I could write a story by following the character, rather that expecting the character to follow a story. It changed everything.

It still took me six long years to write The Secret Hum of a Daisy, but Patti Gauch, and the Highlights Foundation, helped put me on the right path.

Grace came by magic. During that sleep/waking time when everything is half-real, half-imagined. She stood on the front porch of an old farmhouse wearing Mary Janes.

“They’re the only decent ones I’ve got,” she’d said, and rocked back and forth from heel to toe.

I knew her mom had just died. I knew she had to live with a grandmother she’d never met, one she was afraid of. I didn’t know what else was in store for Grace, but I knew it would be a magical experience for me. And it was.

Samantha, however, the twelve-year-old in my new book, is not coming magically. She is a tough nut to crack.

What I’m doing to coax her out is more writing exercises with her running the show. She’s writing Haiku and journal entries (even though she would never do either).

I’m asking her to tell me secrets and what she yearns for. Sometimes I put myself in the shoes of her best friend, Milo, and have him ask her questions that she might actually answer.

What I’m learning, this time around, is that I have to listen even harder to my instincts. And that some characters express themselves in different ways. Just like real people.

Interestingly, in this case, it wasn’t until I did a character biography on her dad that I saw Sam more deeply. She hasn’t been as easy as Grace, but we have come to an understanding. She’ll be in bookstores in summer, 2016.

One thought on “New Voice: Tracy Holczer on The Secret Hum of a Daisy”