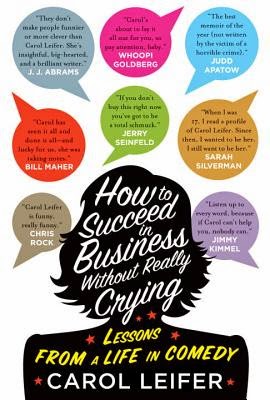 As a reader, I’ve lately accumulated a large pile of books I’ve read only halfway. Getting all the way through a single book lately has been challenging.

But when I heard comedian and TV writer Carol Leifer (“Seinfeld,” “Modern Family”) on a podcast several weeks ago talking about the attitudes toward professionalism and creativity that have come in handy during her four-decades-and-counting career, those reflections sounded to me like they could have come from an experienced, successful children’s/YA author.

And when Leifer mentioned her new book, How to Succeed in Business Without Really Crying: Lessons From a Life in Comedy, I suspected it was one I should read.

I’ve now read it twice. Let me tell you: Its applicability to the kid lit career that I and so many of my friends have chosen far exceeds my expectations. Plus, it’s really funny. You should read it.

Seriously — whatever your professional or creative path, this entire book is worth your time. But in case your not-yet-finished reading pile resembles mine, I’d like to share some of the especially resonant parts of How to Succeed in Business Without Really Crying:

1. “What is the topic for which the discussion never ends? The subject that could keep a conversation going on a train from New York to Florida, if you met a stranger interested in the same thing? The answer is a good indicator of what career to aim for.”

I’ve found this to be true for me for children’s writing in general — I confess that I get disappointed by any social gathering that doesn’t provide an opportunity for discussing books for young readers — but also for specific story ideas or research topics.

Writing a book can take a long time, and when setting out on that journey it’s best to be paired with a subject that you never grow tired of discussing.

2. “[W]hatever job you’re in or aspire to get, you’ll never go wrong sharing your genuine enthusiasm with those involved and keeping tabs with folks you meet as you pursue your goals.”

This is especially true in an industry where folks move around so much. Editors, publicity and marketing folks, and librarians with whom you connect often land elsewhere not long after you’ve made that connection.

Even if that connection involved an opportunity that fell through, you made an impression, and you’ve now got memorable ties to where they currently work as well as to where they used to be. Cultivate those ties. Make the most of them.

3. “As a writer, I find that connecting to my body via exercise has become the essential counterpart to spending so much time inside my brain.” 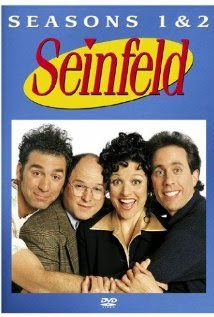 And, I might add, to spending so much time in front of a screen. As I try to always tell kids when I visit schools, I do much of my best creative thinking while exercising.

I’m tempted to say that I’d type this post while walking or running if only I could figure out how, but that’s not true. I cherish the time I get to think about the right words without having any possibility of writing them up at that particular moment. If they’re truly the right words, they’ll still be in my brain by the time I get back home.

I could go on and on about Carol Leifer’s new book, but she’d probably like me to leave you wanting (to buy) more, and I’ve got my own books to write.

So I’ll leave you with just one more lesson from How to Succeed in Business Without Really Crying — one I aim to keep in mind the next time I review an editor’s changes (and every time after that):

4. In the making of “Seinfeld,” she says of Jerry Seinfeld and Larry David‘s final passes on the scripts, “I pored over their drafts, studying which parts of my script they kept, what they threw out, and what they altered. …Whenever your ideas don’t rise to the top, or if they get changed along the way, it’s important to understand why.” 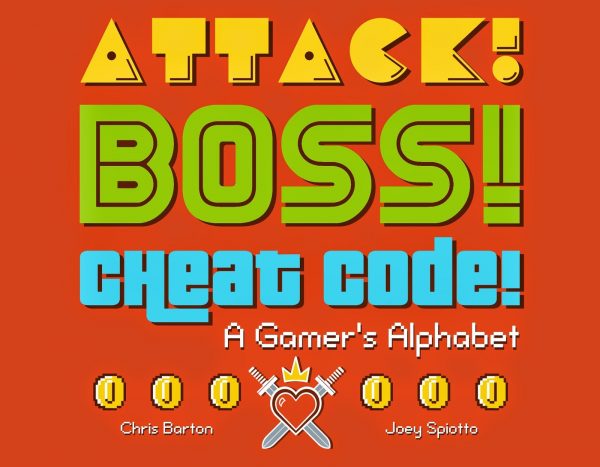 2 thoughts on “Guest Book Recommendation: Chris Barton on How to Succeed in Business Without Really Crying”