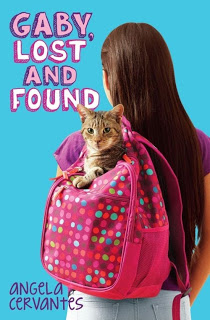 From Latina with a Flashlight to Children’s Author: Angela Cervantes from CBC Diversity. Peek: “Even if the Latino population wasn’t growing rapidly, these stories would still be important. They have a place on the bookshelf because these books are not written just for a Latino audience; they are written for all children.”

The Shy Writer’s Cocktail Party Survival Guide by Anne Greenwood Brown from Writer Unboxed. Peek: “Arriving early…allows you to join the first small conversation group. People are usually relieved to have a new member join in.”

Letting Your Characters Go by Juliet Marillier from Writer Unboxed. Peek: “Chances are all of you who write fiction feel exactly the same when you complete a project. What can we do to ease the pain of parting?”

First Readers Vs. Manuscript Critiques by Darcy Pattison from Fiction Notes. Peek: “Some suggest a structured approach and ask readers to write in the margins something like this. B=bored. C=confused. E=emotional.”

Want to Be Successful at Writing? Take Aim and Keep Shooting by Kristi Holl from Writer’s First Aid. Peek: “She has had many more sales because she has been gutsier and submitted a lot more than I have. She knows that rejection simply comes as part of the publishing package.” See also Walking the Tightrope Between Big Dreams and Realistic Expectations by Rachelle Gardner from Books & Such and Good Writing is Born of Dreams by Alissa Grosso from Adventures in YA & Children’s Publishing.

Character and Series Backstory and the Traditional Mystery by Elizabeth S. Craig from Mystery Writing Is Murder. Peek: “Characters recurring from an earlier book in the series could be quickly identified in a way that won’t be obvious or irritating to the returning reader.” See also Elizabeth on Writing Advice & Advice to New Parents. 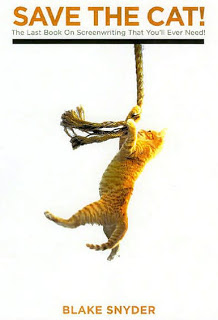 “Storytelling is Getting Formulaic. This is an Opportunity.” from Nathan Bransford, Author. Peek: “One book, Blake Snyder’s Save the Cat! has become so thoroughly influential that nearly every movie made these days follows its beat by beat model.” See also The Organized Writer: Using a Chapter Framework to Manage Plots and Subplots by Rosie Genova from QueryTracker Blog.

Why We Need Diverse Literature by Crystal from Rich in Color. Peek: “…there are some diverse books being published. They are not in the numbers I would like to see, but they do exist. They can be hard to find, so we have some resources on our blog to help make it easier.” See also an audio essay by Mitali Perkins on Writing Race, What Is Personal Perspective Anyway? by A.S. King from CBC Diversity and Publishing Diverse Books Isn’t About Meeting Quotas by Stacy Whitman from Rich In Color.

Thurber House Invites Writers to Apply for the 2014 Children’s Writer in Residence from Thurber House. Peek: “The Thurber House Residency in Children’s Literature offers talented writers a month-long retreat in the furnished third-floor apartment of Thurber House in Columbus, Ohio. Besides having time to focus on his/her own writing project, each resident spends up to ten hours per week teaching children the joys of writing in both a community-based agency and as part of the Thurber House Summer Writing Camp for children.”

What Does a Literary Agent Want to See When They Google You? by Chuck Sambuchino from The Write Life. Peek: “An agent typically investigates a client before offering them representation, understandably.” See also How to Maintain a Healthy Author-Agent Relationship by Elizabeth Weed from Writer Unboxed. 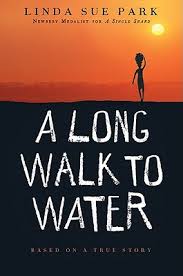 Disturbing (Or Not?) Young Adult Fiction by Christina Chant Sullivan from the Horn Book. Peek: “Unlike their adult teacher, my students seemed to be immune to the very real tragedy of similar ‘dumpsite boys’ in South America, and also to the horrifying premise of The Hunger Games. In the end, no matter how realistic these novels seemed, my boys recognized them as fiction. Contrast my sixth-grade boys’ reactions to Linda Sue Park’s A Long Walk to Water…”

What’s the Beef with the Third Person Objective Point of View? by Deborah Halverson from DearEditor.com. Peek: “To avoid flat, emotionless storytelling that fails to engage readers, your ‘show, don’t tell’ craftwork needs to fire on all cylinders.”

Chaptering: Those Magical Last Lines by Ash Krafton from QueryTracker Blog. Peek: “…the perfect spot to end a chapter is the perfect place to compel a reader to keep reading. I have a flashing neon light in my head when I write, and it blinks the words ‘page turner’.”

Books & Smiles for Haiti from Chieu Anh Urban. Peek: “Please join me in gifting autographed children’s books for the lovely children in Haiti. The gift of books will brighten their day, and let them know that we are thinking of them.”

Writers’ Etiquette: Graciousness by Rosie Genova from QueryTrackerBlog. Peek: “While you are neither alone in your feelings nor in your observations about the reading market, they do not become you. And you are sadly misguided if you think to bolster your own work by denigrating the work of others. Particularly in a Public Forum.” See also Being Shakespeare by Mette Ivie Harrison. 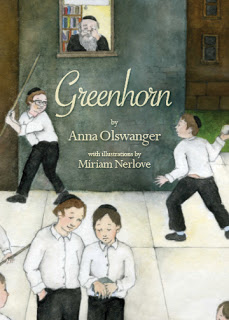 Support the Greenhorn Film Project: “Greenhorn (NewSouth, 2012), based on a true event, is a powerful book by Anna Olswanger that gives human dimension to the Holocaust.” See a Cynsations guest post by Anna about the book.

How to Write Fight-Action Scenes That Won’t Show You’ve Never Thrown a Punch by Becca Puglisi from The Bookshelf Muse. Peek: “I always tell authors and writers to physically draw their action scenes.”

What Makes a Good Picture Book About Loss? by Thom Barthelmess from The Horn Book. Peek: “…books of bubbly humor and silliness…if we limit ourselves to that kind of material, are we suggesting to children and their families that those are the best, or only, books to read aloud? Or, worse, are we sending a message that exuberant happiness is the only emotion that picture books engage, or the only emotion to legitimately consider or experience in public?” See also Secrets of Storytime: 10 Tips for Great Sessions from a 40-Year Pro by Nell Colburn from School Library Journal.

Hiding the Controversy by Bryony Pearce from E. Kristin Anderson at Write All The Words! Peek: “I want teenagers to read my books and go away thinking about the characters, the story, the “cool” supernatural stuff. The issue I’ve really written about, well, it might just sink in without them realising it was even there.”

Query Detox by Keith Cronin from Writer Unboxed. Peek: “Some writers are obsessed with being perceived as A Serious Writer, and you can almost see their furrowed brow and feel their condescending gaze as you read their words. Often they’ll try to hit the agent over the head with how deep and brilliant their themes are.”

This Is Why We Can’t Have Nice Things: The Banning of Sex-Positive Novels by Amy Rose Capetta from E. Kristin Anderson at Write All the Words! Peek: “As a teenage girl, I was drawn to books like Judy Blume’s. I didn’t confuse being ready to read about sex with being ready to have it. I needed that safe space where I could follow what happened to characters I cared about, and figure things out for myself.” 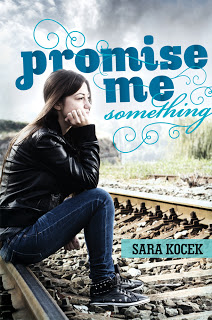 I’m pleased to announce that I’m among the featured authors for the 2013 Texas Book Festival Oct. 26 and Oct. 27 in Austin.  I’ll update you on the schedule as details arise. See a breakout of the featured children’s-YA authors by Carmen Oliver from One Word at a Time.

Thanks to everyone who’s among my now 13,000+ followers on Twitter @CynLeitichSmith! For those who haven’t checked it out, I tweet the same sort of upbeat and useful news and resources related to children’s-YA literature, writing, illustrating, and publishing–plus a little personal news–that you typically find here. On a related note, see A Scientific Guide to Posting Tweets, Facebook Posts, Emails and Blog Posts at the Best Time by Belle Beth Cooper from TNW via Jane Friedman.

In other news, thank you to librarian Kit and the YA Book Club at Cedar Park (Texas) Public Library for your hospitality this summer! So glad you all enjoyed Feral Nights (Candlewick, 2013)! 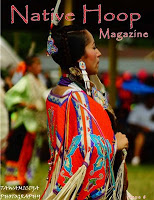 Library Media Connection says of Feral Nights (Candlewick, 2013): “This fast-paced story, told from various points of view, captures the reader from the start. All three are well-developed, strong characters. This is a book that both genders will want to read. Fans of Smith’s previous books will be excited to see some of her characters branch out into their own series.”

Native Hoop Magazine says of Feral Nights (Candlewick, 2013): “Although Smith’s books are characterized as young adult, they’re a good read for adults who like gothic fantasy, too.”

By the way, Austin is getting a new bookstore: Malvern Books.