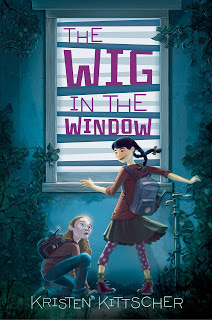 Kristen Kittscher is the first-time author of The Wig in the Window (HarperChildren’s, 2013). From the promotional copy:

Best friends and seventh graders Sophie Young and Grace Yang have made a game of spying on their neighbors. But on one of their late-night pretend stake-outs, the girls stumble across a terrifying, bloody scene at the home of their bizarre middle school counselor, Dr. Charlotte Agford (a.k.a. Dr. Awkward).

At least they think they do…the truth is that Dr. Agford was just making her famous (and messy) pickled beets!


But when Dr. Agford begins acting even weirder than usual, Sophie and Grace become convinced that she’s hiding something–and they’re determined to find out what it is.

Soon the girls are cracking codes, being followed by a strange blue car, and tailing strangers with unibrows and Texas accents.

As their investigation heats up, the girls start to crack under the pressure. Even if Sophie and Grace uncover the truth about Agford in time, will their friendship survive?


Who has been your most influential writing/art teacher or mentor and why? 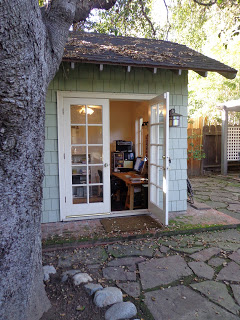 I’ve been lucky enough to have more than one mentor, and without them, I’d still be spinning my wheels, dreaming of telling stories instead of actually telling them. It’s hard to say one is more influential than other.

My first mentors were Sean Murphy, who writes literary fiction for adults (The Hope Valley Hubcap King and The Time of New Weather) and his wife, Tania Casselle, a travel writer who also writes fiction. They run a yearly online class called “Write to the Finish.”

I’d first met Sean in a writing conference in Taos in 2005 I had attended to inform my teaching. I had a notion I wanted to write a novel but had no idea what said novel would be about. I’ll never forget him saying, “Well, you better decide by tomorrow.”

And that’s how Sean was; he had taught for years with Natalie Goldberg (Writing Down the Bones). His approach was simple: if you want to write, you’re meant to. Prioritize, set goals, and believe in yourself. His and Tania’s mentoring broke a seemingly insurmountable task into easy chunks.

My other mentor – whose voice echoes in my head as I write the sequel to The Wig in the Window – is Kara LaReau. Kara was an editor at Scholastic and Candlewick for over a decade and was best known for plucking Kate DiCamilo’s Because of Winn-Dixie out of the slush pile.

Kara briefly ran an editing consultancy, and I was lucky enough to work with her during the year she was in business. She taught me everything, essentially: how to keep scenes moving, how to stay loyal to characters, how to create a rhythm for scenes. 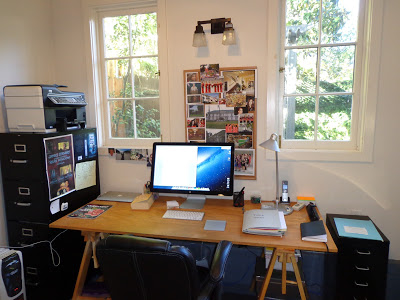 Of course, I’m still learning all of that – but she gave me a start! I came in with a very strange manuscript that wasn’t at all ready, and she taught me how to give the story an arc. I consider myself extraordinarily lucky to have worked with her. Working with her also gave me great practice revising and incorporating notes before I went through the process with my editor at Harper. 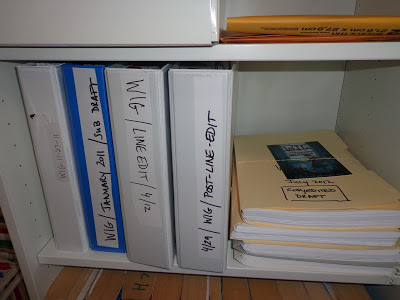 Great question. I think funny isn’t so much about decisions as a feeling. It’s not an analytical process for me. If I had to pin it down, I’d say that ingredients for comedic writing are honesty, specificity, timing, surprise and exaggeration.

People laugh at things that feel true — but that they might not say aloud. They also laugh at the unexpected, so it’s all about finding the right moment to make an ironic twist. That’s where the timing comes in.

My approach is to drop down into my main character’s head and observe the world from her point of view — to see all the absurdities through her eyes. Then I exaggerate those observations.

Whether that would work for others or not, I’m not sure!

One thought on “New Voice: Kristen Kittscher on The Wig in the Window”