I love Christmas and the sharing of gifts and the festivities that accompany this time of year. And for us in the southern hemisphere it is often hot and dry — a theme that is often picked up in some of the very specific Christmas titles that are published here in Australia.

So the following are some (mostly picture books) of the Christmas themed titles that were published by Australian authors and illustrators and some are very, very noticeably Australian in their content. 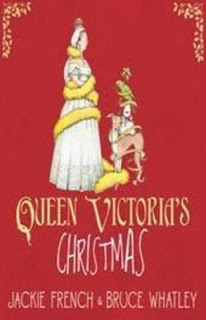 One of my favourite Christmas themed titles would have to be this lovely picture book created by the masterful team who created Diary of a Wombat.

“What is the mystery in the palace?” declare the royal dogs — the narrators in this title. Something strange is happening at the palace and the dogs can′t work it out. They can smell spicy cakes and fruit mince pies being prepared in the royal kitchen. The royal family are doing strange things with paper and outside there are strange cries (singing). Mysterious parcels are arriving and then, very strangely, a green tree is brought to the palace and placed in the royal study. Then the doors are shut and the dogs, along with most other palace residents, are shut out until the next morning when the queen rings a bell and the door is opened to reveal a spectacular surprise.

Here is the story of the first time Christmas as celebrated with the traditions that we are now accustomed to — Christmas cards, paper hats, big puddings, cake and the glorious decorated Christmas trees. 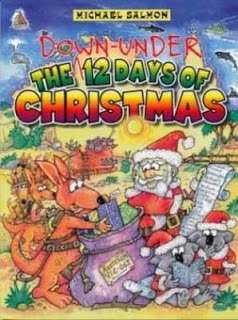 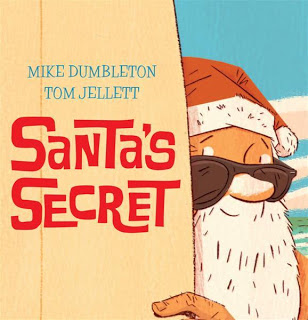 So what does Santa get up to after all the presents have been delivered on Christmas Night? First he sleeps all Christmas Day and then…

when he wakes the time is right
For Santa’s secret winter flight.

And of course that winter flight with his reindeer and the sleigh takes him to sun drenched and hot Australia. Here he has an old beach shack with a place to hide the reindeer. And now he can open his very last present and join in a great Aussie summer tradition! An adorable Christmas picture book with a cheeky Australian twist. 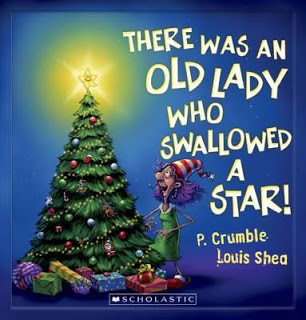 There Was an Old Lady Who Swallowed a Star
P. Crumble & Louis Shea
Scholastic Australia

This old lady has a rather large appetite and swallows so many things to do with Christmas … a stocking, an elf, the fairy lights and a whole lot more! But what will she swallow last to make her pop?

There will be much chanting of this rhyme around the Christmas tree this year! 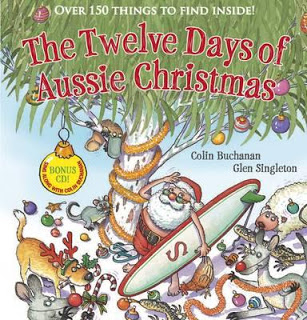 Once again a wonderful array of Australian characters like jackaroos, dingoes, cheeky chooks (chickens), a sweaty swagman as well as very Australian icons like snags (sausages) and meat trays are the stars in this rendition of the 12 days of Christmas. Of course Santa is part of the countdown and he is surfing! There are heaps of things to find in the whimsical illustrations and this book also comes with a CD for a bonus singalong at the Christmas table!

For very young readers moving on from picture books comes a new title in the Hey Jack series: 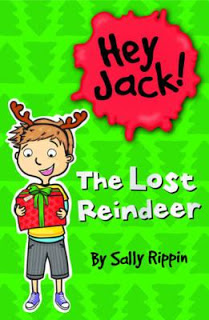 There’s one more sleep till Christmas. Jack can’t wait to give his best friend Billie her Christmas present that he made all by himself! But when Billie gives Jack a present all of a sudden he is embarrassed by his home made present and wishes he could give her a better one. Now Jack and Billie are off to Carols by Candlelight and Jack is wearing his reindeer antlers that make everyone laugh.

Enjoy this festive time … and need a gift … books are just perfect!