Her illustrations also appear in the London Folio Society’s edition of The Grapes of Wrath and nineteen children’s books.

Bonnie teaches at Vermont College of Fine Arts in the MFA program in Writing for Children and Young Adults. She has a grown daughter, a dog named Chester, a cat named Miss Kitty and a visiting possum named “Festus”. She is planning to put a sign over her front door that says “Dodge City.” 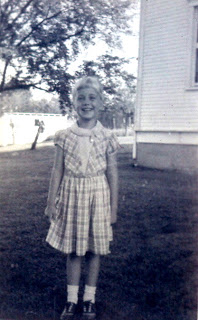 If you could go back in time, what would you say to your beginning writer self?

My advice to my younger author self would be: “Think about what you love, both now and when you were a child—people, activities, points in history, music, art, ideas.”

Didn’t happen. But the ideas based on a story or idea I loved, almost always, saw the light of publishing day.

The majority of my books are nonfiction, and very often sprang from history, ideas, or activities I loved as a child.

Difficult question. Let’s start with what success is not, for me anyway. Success is not the “rich and famous” of People Magazine or a book signing that resembles a mob scene. Success is not Andy Warhol’s famous 15 minutes of fame.

Great reviews are reaffirming in some ways and good book sales mean books are in the hands of children and young adults, but do good reviews and sales equal success?

What if one book is successful and the next is not?

If the reviews are great, but the book doesn’t sell, is the author in success “limbo”?

I try to keep the notion of success firmly attached to process. Was I successful in constructing that sentence, in conveying a particular thought? Was the solution to a certain character’s problem successful? At the end of the day, I measure success in satisfactory lines written or drawn, and wonder what successes or failures the next day’s work will hold in store.

Was there ever a time you decided giving up? What happened? How did you keep the faith?

Yes, I considered giving up after my second book was published. I’d spent days and weeks and months on self-promotion, for both writing and illustration, and the payoff was a magazine illustration job here and there.

Then the opportunity to work as a painter on a Hollywood film arose and I jumped at it. Working on the film, shoulder to shoulder with creative, funny people reminded me of my days in NY theatre. Working with people every day! Wow. I missed that, so I began making plans for the next film.

Naturally just as I’d “given up” on publishing I received an enticing book offer. That’s just like life, isn’t it? So I came running back. Over the years I’ve found that every time I consider giving up, something happens to lure me back. Maybe I’ll give up giving up one day. Or not.

What are your goals for the future?

My short-term goal is to finish writing and illustrating a picture book biography about Elvis Presley. As I work on that book, I’m trying to find a few hours each day to work on my second middle grade novel.

My long-term goal is to primarily focus on middle grade and YA novels with a picture book here and there. Having worked in the “short form” for so many years, I’m longing to stretch out and have the space to do so, while continuing to mine fascinating historical periods and characters, both real and imagined.

The Career Builders series
offers insights from children’s-YA authors who written and published
books for about a decade or more. The focus includes their approach to
both the craft of writing and navigating the ever-changing business
landscape of trade publishing.