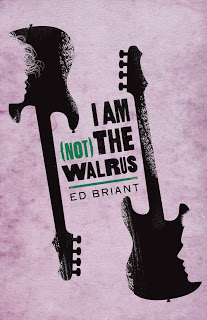 When I was a kid living in London we used to have this Scottish neighbor lady called Miss McNally.

She’d survived being a nurse in World War One and Hitler’s Blitzkrieg in World War Two, but when I knew her she was in her mid-eighties, arthritis was getting the better of her. In spite of that she used to have a saying:

Being a bit of a scallywag I thought this was quite funny. To my un-empathetic eyes she was clearly getting worse if anything.

I used to try to avoid her, but one day she cornered me in the stairwell. She asked me if I knew why the north side of our street was pretty Victorian row houses, and the south side was all ugly, modern buildings.

I told her I hadn’t given it a lot of thought, while I glanced around for an escape route.

She told me that one sunny spring afternoon in 1945 a German V2 rocket had landed across the road, obliterating all the buildings, and everybody in the buildings, which was mostly women and children as all the men were either in the military or at work. She’d only survived because at the time the missile struck she’d been taking a stroll on Primrose Hill, a nearby park.

All she remembered was that one moment she was walking, and the next, she was flat on her face, surrounded by brown smoke. It wasn’t her first near miss with a Nazi bomb, but this one was the closest and the biggest.

She reckoned she was lucky the war finished a couple of months later, because she was certain the next one had her name on it.

I had to laugh. I had a mental image of a big, fat bomb with the words “Miss McNally” daubed on the sides in Gothic script, and I began to have a little more respect for her, but she wasn’t finished with me yet.

She told me I wasn’t very good with words and handed me a stack of cryptic crossword puzzles she’d clipped out of the Guardian newspaper. She then told me to fill out as many of the answers as I could, and bring them back to her the following week.

I spent the next seven days racking my brains, but I could barely fill in more than one or two of the clues. I went back to see Miss McNally. Even the one or two clues I’d managed were wrong.

She then showed me that day’s crossword. It was all filled out. Every single clue, and the answers would not be published until the next day. She told me it had taken her ten years of doing the crossword every day before she finally finished one. Now she finished them regularly, but it took her all day. Her next goal was to finish one by lunchtime. 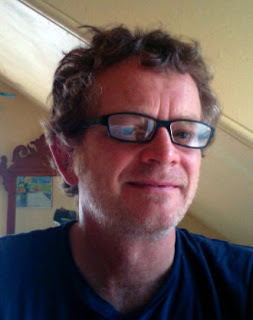 And that was when she told me her mantra:

Over the next few months, she coached me until I could do about a quarter of the clues in the Guardian crossword. In return I did a little grocery-shopping for her and a little furniture moving. After that we moved to London’s East End, where the rents were cheaper, and I lost touch with Miss McNally, but her mantra has always stayed with me.

Recently I Googled Miss McNally’s mantra. It turns out it originated in the early twentieth century by the French psychologist, Émile Coué. Coué believed that if you repeated the mantra every morning and every evening, then you really would improve. I can’t guarantee that it works, but it could be worth a try.

Self-improvement isn’t difficult when you’re a kid. All you have to is eat, and you’ll get bigger. It’s not hard in your teens, and it’s still pretty easy when you’re in your twenties, but by the time you get into your thirties it gets a lot harder.

The only way you can really improve yourself in mid-life is to set yourself new challenges.

The good news is that if you’re involved in type of creative activity then setting new challenges should be a breeze, especially so if you’re a writer.

With the publication of my latest YA novel I Am (Not) the Walrus (Flux, 2012), I have to ask myself if it’s better than my previous novel, Choppy-Socky Blues (Flux, 2010).

Regardless of what the critics say, and regardless of how many copies are sold, do I, myself, think it’s a better book and, if so, then why?

I do think it’s better. I tend to think of Choppy-Socky Blues as a slice-of-life confessional. It has its good qualities in that it is funny, but it’s light on plot and secondary-character development. Looking back it’s also probably a little too anchored to autobiography for its own good.

I Am (Not) the Walrus on the other hand does have plenty of plot. It has quirky secondary characters, and it has suspense. The humor is still there, but it takes a back seat to the plot. Plus, it’s autobiographical, but only as much as it needs to be. Finally, the subject matter is way closer to my heart.

Right now I’m reading Stephen King’s 11/22/63 (Simon & Schuster), with the intent of figuring out how to write scenes that are so suspenseful it’s impossible to put the book down.

I’ll see how things turn out. Right now I have to go back to reading Stephen King.

Ed Briant grew up in Brighton, England, but now lives just outside Philadelphia, where he writes, illustrates, and creates the popular comic strip “Tales from the Slush Pile” (scroll to end of page). He has two daughters, teaches creative writing, and plays the alto saxophone (quite badly).