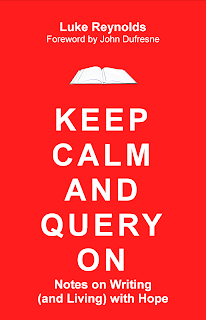 Over a decade ago, I worked as a wilderness guide in the stunning yet massively mosquito-ridden Adirondack Mountains as part of a program called La Vida—literally: The Life.

Two leaders would take groups of twelve high school students into the woods for two weeks—carrying all our food on our backs, foregoing showers, dental floss, deodorant, and hanging a Bear Bag each night to make sure that sharp-clawed friends didn’t sniff their way into our tents.

One of the mottos of the La Vida program—which every one of the ten trips I co-led burrowed into my brain—was this gem: Redefine success.

A group wants to reach the peak of Mt. Marcy, but one member is stung by a bee on his tongue while trying to poop into a hole and is so full of pain and embarrassment that reaching the peak will be impossible that day?

Redefine success. No longer is success reaching the peak. Success—for the group—becomes assuaging the dual pain/embarrassment of one member, and making it only partway up towards the peak.

Any number of fears—both psychological or physical—could come into play on those trips. Any number of injuries, surprises, thunderstorm arrivals, lost water filters, missing Bear Bags could occur. And the only response that allowed a group to keep going was this: Redefine success.

And I think, for us writers, such a motto can be incredibly helpful. So many of us thrive on a single vision of success: Contract. Get the offer from an editor who reads our work and raves so glowingly that the cell phone on which we hear the words vibrates with enthusiasm. 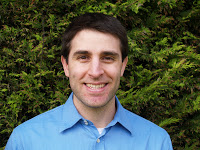 The dream of a contract is a beautiful one—and one worth fighting for with every ounce of strength, tenacity, sweat, and passion we possess. But the problem arises in our work as writers when we reach the foe that says, If you don’t get a contract this time out on submission, what’s the point?

When we start to work with less passion and enthusiasm, and we feel the act of creation pale beside the often difficult odds, something has gone awry.

Redefining success allows us to continue to focus on the work at hand rather than the result. We can begin to look at where we are on the writer’s journey, and craft a vision for success that empowers us into creation rather than grinds us into defeat if we don’t achieve the One version of success.

For example, say you’ve received only form rejections for your work thus far. You could redefine success so this is your new goal: Get a personal rejection note back.

Yes! Instead of forcing yourself to feel like you’re constantly being bitten on the tongue by a bee while simultaneously trying to poop into a hole—try redefining success. You go from bundles of form rejections to your First Personal Rejection. 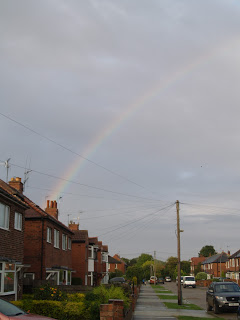 That night: wine. (Good wine, too. You deserve it.)

But the next day, you redefine success yet again and it becomes, say, this: More personal rejections than form rejections. The ratio changing is my new success, baby!

And when you reach that redefinition, you create another. After all, creating is what you do. It’s what you love and what you’re good at and what makes your heart beat fast.

The more we redefine success for ourselves as writers, the more we allow ourselves to celebrate the small joys along this difficult journey of becoming stronger writers.

And all the while, we’re reminding ourselves to go back to the words, to the work, to the chairs in our studies and to the cafes we frequent. We remind ourselves that we’re not always failing; instead, we’re always growing.

After all, our character arcs as writers aren’t too dissimilar from those arcs our fictional protagonists travel: we’re all trying to find the stamina to keep going, day after day, in the face of great odds. Redefining success is one small ally in the fight to persist and become the writers our hearts suggest we are.

Luke Reynolds is the author of A Call to Creativity (Teachers College Press, 2012) and is co-editor of both Burned In (Teacher College Press, 2011, with Audrey Friedman) and Dedicated to the People of Darfur (Rutgers University Press, 2009, with his wife Jennifer Reynolds).

Luke is represented by the remarkably wise and kind Ammi-Joan Paquette of Erin Murphy Literary Agency. He has taught English in public schools in Connecticut and Massachusetts, and has also taught Composition at Northern Arizona University.

He and his wife, Jennifer, have one son, Tyler. They love family dancing to the oldies in their current home in York, England.

Enter below for a chance to win a signed copy of Keep Calm and Query On: Notes on Writing (and Living) with Hope by Luke Reynolds (Divertir, 2012). Author
sponsored. Eligibility: U.S./Canada and U.K./Europe. Deadline: July 2.