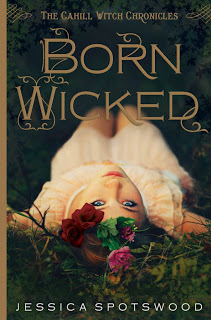 Jessica Spotswood is the first-time author of Born Wicked (The Cahill Witch Chronicals, Book One)(Putnam, 2012). From the promotional copy:

Our mother was a witch, too, but she hid it better.

To me, the magic feels like a curse. According to the Brothers, it’s devil-sent. Women who can do magic – they’re either mad or wicked. So I will do everything in my power to protect myself and my sisters. Even if it means giving up my life – and my true love.

Because if the Brothers discover our secret, we’re destined for the asylum, or prison…or death.

Pre-contract, my revisions were pretty minimal. I cut the first chapter because my agent worried it was too slow a start (and then put it back in later at my editor’s request. Revisions are so subjective!). I added more of Cate’s internal thoughts to make it clear she wasn’t just trying to boss her sisters around out of spite. When the book went out on submission, I was hopeful; writing it had been very joyful, and I felt prouder of it than anything else I had written.

My edit letter was challenging; I had never received such detailed critique (or, to be fair, such detailed praise). My editor, Arianne Lewin at Putnam, is brilliant and generous. We changed the ending, which sort of fizzled out a bit. I rewrote the last fifty pages to open it up more for the sequel. To heighten the urgency, we added the notion that Cate had to declare an intention to marry in three months. I added two key scenes, refined character relationships, and added a great deal of physical description of the dresses and decor.

My early drafts are pretty spare. One of my favorite notes from my editor was to “ruffle my corsets” more, and at the line-edit stage she left dozens of in-text notes asking me to describe the curtains or the dress or where or how Cate was standing.

At one point I despaired that I couldn’t think of anything else for anyone to do with their hands; I had completely run out of words.

I had a tight two-month deadline for the first edits because Penguin wanted to do a bound manuscript for a BEA sales dinner, and then I had another month to do second edits, and I was still working at my day job part-time.

Ari was lightning-fast at turning things around. It was incredibly challenging, and there were certainly tears and moments of overwhelm – but I also felt like I also had this amazing team to help me. It wasn’t just my book anymore; it was ours, and I could turn to them when I needed them.

I feel like I’ve improved as a writer, having been edited in such depth; my first draft of the sequel had its problems, but it also had loads more description instead of people floating about in empty space.

As far as advice for other writers – it’s so easy to get caught up in that little anxious thrum of I can’t I can’t. How am I ever going to fix this? or I suck so much. How didn’t I see this before?

It helped me to take my ego out of it.

When the doubt monsters strike, I may not trust myself – but I trust my editor and my critique partners. I trust the quiet voice of my character.

I try to tune into Cate instead of my own neurotic drama.

For context, it’s important to know that my first manuscript snagged me an awesome agent (Jim McCarthy at Dystel & Goderich) but never sold. It was out with editors for a somewhat agonizing nine months.

During that time, I wrote Born Wicked (then entitled Thrice Blessed). It went out on February 15, 2011. A week later, I was at my then-day job working as a receptionist/admin assistant for the Catholic University Press. I wasn’t expecting news yet.

When Jim called to tell me that we had lots of interest and that Penguin had made a major pre-empt, I was floored.

Literally. I sat on the floor and giggled hysterically and called my mom.

I told my coworkers, who sent someone out to buy pink champagne and then toasted me. It was very sweet. And my boss let me leave early so I could talk on the phone to the two Penguin editors still in the running and make my decision.

That evening I drank the rest of the pink champagne and had Thai food with my husband and my best friend. Then I bought a Betsey Johnson dress (she’s my favorite designer) and threw a little champagne-and-cupcakes party for my best friends at a local restaurant the next weekend.

Well, women’s rights are a pretty shockingly recent concept. It was vital to me to write about strong, clever, independent girls, and a natural conflict arose when I put them in a society that hates and fears strong women. I wanted to give them choices and show the consequences of those choices.

Cate and her sisters and friends have to fight to be the women they want to be against all of Society’s shoulds. First, the Brotherhood tells them that witchery is wrong; that witches are all sinful, selfish creatures. Then other witches tell Cate that she should embrace her magic and her role in the coming war to do her duty by other girls like her. She might be able to change the world – but at a terrible price.

I think most change comes with a price. Cate really struggles to figure out what she wants, to weigh her responsibilities against what might make her happy. I think contemporary girls can relate to that. I can.

I think the biggest evolution was that, in earlier drafts, the Brothers were villainous, and the witches were less scheming and threatening. I hope that it’s less black and white now.

When the witches were in power, they did do some terrible things; the population’s fear of them is not unfounded. That makes it more interesting for the Cahill girls’ internal struggles with their magic, too. 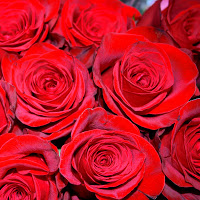 Jessica Spotswood grew up in a tiny one-stoplight town in Pennsylvania. Now she lives in a gentrifying hipster neighborhood in Washington, D.C. with her playwright husband and a cuddly cat named Monkey.

She’s never happier than when she’s immersed in a good story, and swoony kissing scenes are her favorite. Born Wicked is her debut novel.

Enter to win one of five ARCs of Born Wicked! To enter, comment on this post and include an email address (formatted like: cynthia at cynthialeitichsmith dot com) or a link to an email address. Or email Cynthia directly with “Born Wicked” in the subject line. (If you’re on LiveJournal, you may likewise enter via comment at  Cynsations LJ.) Publisher sponsored. Eligibility: U.S. Deadline: midnight CST March 26.

Check out the video for Born Wicked (Cahill Witch Chronicles, Book 1) by Jessica Spotswood (Putnam, 2012), and read an excerpt of the novel.