When you create a fantastical world, the rules of that world must be consistent and have an inbuilt, self-logic. So long as you maintain that internal consistency, your readers will buy into your world and believe in it. But if you slip up, if you establish a rule and then break it later, your readers will cry foul.

This is a pretty difficult thing to do, especially the more material you produce. Imagine something like “Star Trek” or “Doctor Who,” franchises with hundreds or thousands of episodes spanning 30 to 40 years. Writing new episodes that respect the established internal consistency is a nightmare.

And this is why the current custodians of those brands came up with reboot plot devices that effectively nullified the entire past: in the case of “Star Trek,” the latest movie established an entirely new timeline as a result of time travel. With “Doctor Who,” a villain known as The Silence was introduced: these beings can only be remembered when you are looking directly at them. Look away, and you forget they even exist. And they have been influencing human history “since the wheel and the fire.” Now anytime something is inconsistent, the Silence can always be used to “retcon” it: Oh, it was the The Silence in the past who actually changed this and that, but nobody remembers because they’re The Silence.

In my most recent novel, Max Quick: The Pocket and The Pendant (HarperCollins, 2011), I introduce a concept known as The Pocket. As the novel opens, time stops all over the world—except for certain kids. But in this time-stopped world—which the kids name the Pocket—physics are different. All energy is amplified. You can run at super-speeds, for example. But you are not suddenly Superman: you are still flesh and blood. If you hit a wall running at 60 miles per hour, you are going to severely injure yourself or even die.

My thinking here was that force = mass x acceleration; since acceleration is a function of time, if time tends towards zero, then force tends toward infinity. So I had to be careful to apply this rule consistently. For example, when the kids try to start a car, the engine immediately seizes up and dies. This is because the engine is meticulously designed to operate within normal physics: the amplified physics of the Pocket throw it out of whack. 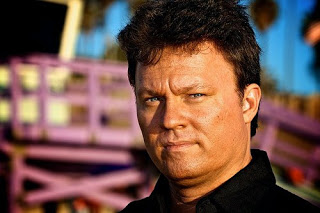 Now here’s a little secret: when I initially wrote this scene, I had the kids find a motorcycle and ride it. And it was only later that I realized that I’d violated my rule of amplified physics: objects can be pulled out of stopped time and “heated up,” but once they are, then they are subject to Pocket physics the same as everything and everyone else—and, thus, mechanical things would certainly not work.

Now, some people have asked me about light in the Pocket. If time were stopped, wouldn’t light be stopped as well? Well, technically, yes. Everything would be pitch black, I suppose. But this wouldn’t make for a very good story, now would it?

Which brings me to the second points: romantically correct versus really correct. I watched a “making of” DVD extra with George Lucas where he related that the way Yoda’s cape epically flowed as he fought was not actually correct according to physics. The tech who worked on the CGI Yoda argued for the cape to conform to actual physics, but Lucas insisted it remain “romantically correct,” as it looked cooler.

And this same principle can apply to science in fantastical settings. Yes, light probably would be stopped in the Pocket. But that is not romantically correct because it would make the story lame.

The same goes for “Star Trek” episodes where people are “out of phase” and can thus walk through walls—why don’t they just fall through the floor? Because then there would be no story.

Here’s the thing: scientifically speaking, if you could walk through walls, you should also fall through the floor (assuming there is gravity). These two facts are inconsistent with one another, they are irreconcilable. But in fiction, if you make it a rule that, in your universe, characters do not fall through the floor, and you stick to that dogmatically, you can get away with it.

Just don’t break those rules later. Don’t randomly have someone fall through the floor to neatly tie up the plot.

3 thoughts on “Guest Post: Mark Jeffrey on The Rules About Rules”