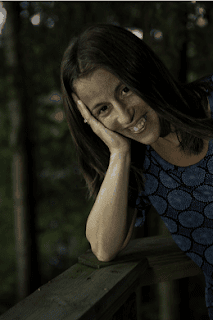 If you want to sound as unfunny as humanly possible, start writing about humor. Once you stick that sucker under the microscope, it’s gone. Which is, of course, a pretty good practical joke if you think about it.

There’s an interview with Daniel Handler in Leonard S. Marcus’ book, Funny Business: Conversations with Writers of Comedy (Candlewick, 2009), that I reread with alarming frequency. Handler quotes Edward Gorey’s The Gashlycrumb Tinies (Houghton Mifflin Harcourt, 1997), a book I’ve never read, by the way. But I will. Because this always makes me laugh, and reminds me of the best way to approach humor (Warning: Not for the faint of heart): “Isn’t it awful that all of these children have been killed in such terrible ways—and now let me list them alphabetically for you so you can learn the alphabet.”

There’s something hilarious about a matter-of-fact stating of the absurd. 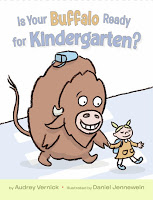 Make no excuses for your absurd world. If I had written Is Your Buffalo Ready for Kindergarten? (Balzer & Bray/HarperCollins, 2010) five years ago, I’d have ruined it by spending nearly half my words trying to explain how it came to be that there was a cud-chewing ruminant in a kindergarten classroom.

Cut to the chase. Get out of your own way. That’s the main thing I have figured out. Create the world that serves your story and make no apologies or justifications for how that world came to be.

That carries over to character.

There’s something similar going on in the movies and improvisational comedy performances that my children and I enjoy the most. Think about how Will Ferrell approached the character of Buddy the Elf. Or Amy Adams as Giselle in “Enchanted.” They may have been over the top but there is no denying: they were all in.

Once you’ve invented a character to inhabit your world, endow her with the riches of a full character or else you might be left with a hollow, one-laugh gag.

As for finding those ideas in the first place, this next bit may be the most trite thing you’ve ever heard, but consider it for a week before you toss it out.

When I sat down recently to update my school-visit presentation, I had one of those scary engine-won’t-start moments. Sputtering. I wanted to talk about where writers find ideas but I couldn’t think up a single idea to explain this in an engaging way. Then I realized something.

Most of my ideas have started as stupid, offhand comments I made that, for whatever reason, echoed in my head after I said them. I do my best thinking, apparently, when I’m not thinking. But now, instead of ignoring myself, as I did for decades, I started to listen, and use those throw-away comments as starting points.

I’ve learned to move fast; I try to slap down a first draft the very day an idea occurs to me. If I don’t capture that essence right away, whatever was funny about the idea in the first place could run away. It’s rarely a good first draft, but it flows from the originating thought.

It’s crucial for me to get that down, and then to let it sit—to let my subconscious do its work. The director Mike Nichols once said something like, “The great thing about your subconscious is it has the same exact sense of humor as you do.” Let it do its work.

Don’t let your funny run away. Capture it, dance with it, and have fun. 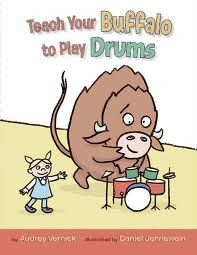 10 thoughts on “Guest Post: Audrey Vernick on Getting to the Funny (Writing Humorous Picture Books)”