First, here’s a patch of seasonal cheer! Many blessings to y’all! 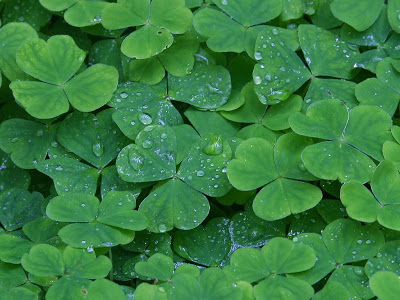 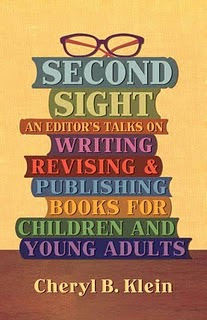 Cheryl Klein Interview and Book Giveaway by Natalie from Literary Rambles. Peek: “After I had a pretty good number of talks online, writers started asking me, “So when are you going to put out a book?” That planted the idea in my head, and when I heard about Kickstarter.com (which helped me raise the funding for my first printing), it seemed feasible for the first time to put it together and publish it myself.” Note: Cheryl is a highly-respected children’s-YA literary trade author at Scholastic.

Killing the Messenger AKA When Authors Leave Agents by Natalie M. Fischer from Adventures in Agentland. “Here are some things to consider if you’re considering leaving your agent…”

U.S. Nominees for the Hans Christian Andersen Awards from ALA Connect. Peek: “Paul Fleischman has been nominated for the 2012 Author’s Award and Chris Raschka for the 2012 Illustrator’s Award.” Note: the Chris Raschka article on Wikipedia is a stub with broken links. Perhaps some enterprising soul will expand it? Hint to the universe.

Sequels by Jane Lebak from QueryTracker.net. Peek: “…your novel needs to stand alone; but in order to have a sequel, the characters need to be able to take their resolution further than they did in the first book.”

Attention Authors! Susan Raab of Raab Associates is taking a survey related to your use of social networking. It only takes a couple of minutes. You can participate here.

Q&A with Agent John Cusick from Scribe of The Writers’ League of Texas. Peek: “All writers want their characters to be relatable, but too often I see generic everyman protagonists. Their reactions are typical, their personalities flat. They react, rather than propel the action.”

Why Self-Publish It? by Chris Eboch from The Spectacle. Note: part of a series on self-publishing. Peek: “…what if I sell 1000 copies? That doesn’t seem unrealistic, considering that I’m already somewhat known in children’s literature.” See also First-Timers and Self-Publishing by Chris and Books Rising Up from the Dust by Laura Ruby from e is for book.

Diana Fox of Fox Literary on Marketing: an interview by S.R. Johannes from Market My Words. Peek: “…when I’m thinking of offering representation, I go through everything I can find: blog posts, Twitter, Facebook, posts on message boards and writing forums, online publications, etc. Mainly because I want to make sure my clients know how to act professional in public, but I also want to see…”

3 Steps, 4 Ideas, and 18 Tips for Using QR Codes to Promote Your Work by Katie Davis from e is for book. Peek: “So, you have a fantastic web site, fabulous books, and an informative blog. Wouldn’t it be great if you could take these things with you everywhere you go and just hand them to people like a business card or brochure? I’m going to tell you how you can do exactly that.”

Attention YA Authors: If you would like to participate in a series of author chats seeking to lower teen suicide rates, in conjunction Reach Out, and Inspire, contact Bethany Hegedus at bahegedus at gmail.com. Peek: “While the main goal is to lower the youth suicide rates, to do so, a bevy of concerns and issues must be addressed: Bullying, Depression, Eating disorders, OCD, Bi-polar Disorder, Self-Harm, Schizophrenia, Suicide, Violence, Sexual Abuse, GLBTQ issues and rights, etc. Though YA literature is not issue driven, kids and characters grapple with these concerns daily. Fantasy novels offer an escape (while still dealing with many of these same concerns in other wordly settings) and contemporary novels address the issues directly.” Note: YA book bloggers interested in participating in the initiative should also contact Bethany. See more information.

Chatting with Margaret Cardillo and Julia Denos about Just Being Audrey by Jama Rattigan from Jama Rattigan’s Alphabet Soup. Peek: “Her work with UNICEF was unprecedented. Before it was in vogue to give your name to charities, she was not only an ambassador for UNICEF, she was on the road for the majority of the year, in the villages holding sick children and embracing their mothers. There were no bounds to her love.”

Children’s Authors and Illustrators for Japan: an auction to aid victims of the 2011 Sendai earthquake and tsunami. Peek: “Beginning the week of March 21st, this site will feature a children’s and YA auction to benefit the victims of the earthquake and tsunami in Japan. Authors, illustrators, agents, or editors can use an online form at http://bit.ly/japanform to donate items or services for the auction–these might be signed books, ARCs, critique services, book swag, artwork, etc. ” See also Ways to Help Japan Through the World of Books from Papertigers Blog.

Enter to Win an ARC of The Coven’s Daughter by Lucy Jago (Hyperion, April 19, 2011) from P.J. Hoover at Roots In Myth. P.J. is also giving away five finished copies of Wither (The Chemical Garden Trilogy) by Lauren DeStefano (Simon & Schuster, March 22, 2011) and three vampire/werewolf-mythology themed books.

Agent Advice: David Dunton of Harvey Klinger, Inc. by Chuck Sambuchino from Guide to Literary Agents. Peek on e-books: “I’ve personally got little use for links to music and video and other material I consider extraneous, but the minds of kids today work completely differently than they did even just ten years ago, for better or for worse. It’s just a different, more fragmented requirement for all entertainment.”

YA Deals by Genre & Six-Figure Deals by Genre March 2010 to March 2010 from Kate Hart. Peek: “Hang out with YA authors for awhile, and you’ll probably hear us bemoaning the death of contemporary novels. But don’t despair. I counted up all the YA deals from the past twelve months and was surprised to find that contemporary is alive and well.” Note: includes nifty, color-coded pie charts.

Tantalize Series Clarification: a few folks have posted that Blessed is the last novel in the series. It’s not. It does conclude Quincie’s major arc, but Zachary, Miranda and Kieren’s are ongoing and will pick up in book 4, which I’m writing now. (Quincie will appear in that novel, too, but as a more secondary character.) Thanks! 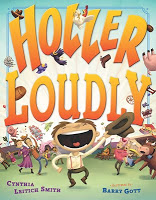 Holler Loudly: A Tall Tale by Melissa Coats from The Examiner. Peek: “This is a fun read-aloud book that will make you want to kick up your boots and turn on that Texas twang.”

Links of the Week: The Dark Place by Heather Brewer.

Chris Barton will be signing Can I See Your ID? True Stories of False Identities, illustrated by Paul Hoppe (Dial, 2011) at 7 p.m. May 14 at BookPeople in Austin. See discussion guide.