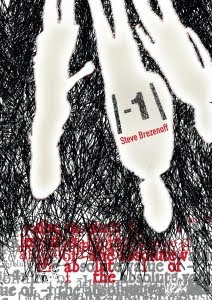 Steve Brezenoff is the first-time author of The Absolute Value of -1 (Carolrhoda LAB, 2010). From the promotional copy:

The absolute value of any number, positive or negative, is its distance from zero: |-1| = 1

Noah, Lily, and Simon have been a trio forever. But as they enter high school, their relationships shift and their world starts to fall apart. Privately, each is dealing with a family crisis—divorce, abuse, and a parent’s illness.

Yet as they try to escape the pain and reach out for the connections they once counted on, they slip—like soap in a shower. Noah’s got it bad for Lily, but he knows too well Lily sees only Simon. Simon is indifferent, suddenly inscrutable to his friends. All stand alone in their heartache and grief.

In his luminous YA novel, Steve Brezenoff explores the changing value of relationships as the characters realize that the distances between them are far greater than they knew.

I’m afraid I don’t use the same method every time. For my short, work-for-hire projects, I always write an outline first. By the time the actual job of writing begins, all that’s left is fleshing out the book: give characters voice and depth, describing settings, giving a little blow-by-blow for action scenes, and writing dialogue. I’ve done so many chapter books like this, it’s second nature.

When it comes to longer deeper work (i.e., novels), my current method is a nice combo of plunging and plotting, or as I like to say, pantsing and synopsizing.

I’ll typically pants as long as I can–that is, until I feel like I’m positively drowning in words. At that point, I’ll do my best to synopsize what I’ve already done, and what yet needs to be written. That takes a lot of work and patience from me, but it’s been the best method I’ve tried so far.

Once I’ve got a synopsis that I really like and that doesn’t leave holes or protagonists with easy outs (or no out, or no growth, etc.), I “block off” the scenes I need to write and write them. I don’t worry about connecting existent scenes or developing scenes as I go. I am perfectly content to simply announce “Cut! Print!” after writing a scene that works.

I’ve found that if I have all the scenes I need to get a story moving toward its end, the connections will present themselves.

Those that don’t probably aren’t needed beyond a few sentences or even words– things like, “It had been three months since . . .” or “The summer went quickly after that. . . .”

They’re not brilliant prose, of course, but they do the job, and are typically regarded by readers with about as much attention as the word “said,” if they’re not overused.

At any rate, with every scene written, all that remains is ordering them properly and getting started with revisions. The word “revisions” gives me a spanking new ulcer, so I’ll stop there.

I find this method so appealing because of how much freedom I give myself to start. If I began a novel the same way I begin a chapter book, I’d feel trapped by the constraints of the outline.

Beyond plot itself, though, if I start off pantsing, I let myself feel around the characters and the setting–merely things to be fleshed out by the former process–and they develop organically.

Voice, to me, and particularly in young adult, I think, is the primary connection a reader will have to a book, and if voice can’t develop organically, it falls flat. Again, that’s for me. Obviously some writers work at voice like an anvil and develop really engaging characters that feel organic.

As to working through struggles, I’d say, try everything–and I mean try every road your protagonist can possibly try, but also try every method that seems viable to you. Don’t necessarily stick with one.

And speaking of methods, I’ll also plug Cyn Omololu‘s Nine Steps to Plotting Fiction. I don’t think she created it, but I found it first at her blog and I love it. 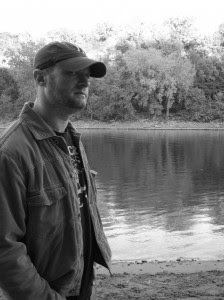 I’m first of all very lucky. That’s for a number of reasons: my wife supports my writing career completely. This is fairly easy for her because I make a living at it, thanks to so much work-for-hire writing, another of my lucky strokes.

And finally, my wife’s family babysits like champions, and I get anywhere from 10 to 20 hours per week when my toddler is under an in-law’s care.

Anecdote time! I started college as a creative writing major. I was about halfway through my first basic poetry class when I decided maybe that wouldn’t be such a great idea. After all, the professors and TAs expected us to write what they wanted us to write, when they said, That’s no way to be creative!

So, I switched my major to general literature and only wrote when I felt inspired. I did write some, sure, and I even took another creative writing class. But I wasn’t going to work under those conditions, not if I hoped to produce quality work!

Years later, an editor with whom I worked liked a 25,000 or 30,000 unfinished thing I showed her. She was super amazing about it: giving me notes, asking for more–a finished manuscript. And I was crazy excited. But when did I have time to work on this?

After I got home from my day job and walked the dog and made dinner and ate dinner and probably did some freelance proofreading for extra cash, when there were TV shows on, and I was tired and probably wasn’t feeling inspired….

Come on! One simply cannot be expected to create creative creativity under the gun like that. So, I kept the manuscript in the back of mind and left it there, for another few years.

Two years ago, my son was born. I was a freelance writer (ironically, doing plenty of work on deadline, inspiration or not) and working at home, so I became a stay-at-home dad.

Suddenly, my time was far more precious than it used to be. But there was also this little bundle of mortality running around my house (well, slithering, then crawling, then wobbling, but then running). Out of nowhere came this motivation to suck it up, quit whining about inspiration, and get to work on that novel. I joined SCBWI right away, found pockets of hours in my week during which to write and revise, and the rest is history.

That was a long anecdote, but the takeaway isn’t complicated: Use the time you have. I don’t care if you don’t “feel” like it. I don’t care if there’s a “Buffy: The Vampire Slayer” marathon on FX (I can relate, believe me).

When your time is as precious as mine–i.e., when your full-time job is caring for a child or children–you only get an hour here and an hour there. If you don’t use it, it’s gone. Days go by like that, very quickly. Somehow weeks go by even more quickly. Next thing you know, you haven’t written a single thing in six months.

Don’t let that happen. No lie on the couch or hour on Twitter or episode of “Buffy” is worth that.

Okay, maybe “Hush.” Or “The Body.” Or, okay, those season two episodes when Angel goes bad. But that’s it. Oh, and the musical.