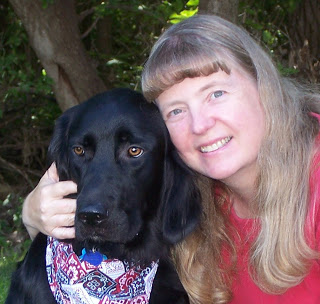 I began my writing career as a ghostwriter for the Sweet Valley Twins series. I’ve also ghostwritten (literally “ghostwritten,” since the original author is dead) Boxcar Children books.

While I’ve written sequels to two of my previously published middle grade novels, I’ve never had a series of my own. Until The Buddy Files, illustrated by Jeremy Tugeau (Albert Whitman).

My editor at Albert Whitman knew I was interested in writing a series, so we started discussing possible ideas. She picked one and told me to write it up as a formal proposal.

Unfortunately, her timing wasn’t very good. I’d just found out my oldest son was going to be moving halfway across the country. Permanently. As a parent, you expect your children to grow up and move out, but you don’t necessarily expect them to move 2,000 miles away.

Even though this move was absolutely the best thing for my son, I had a hard time getting used to this idea of him leaving. I was sad all the time and couldn’t concentrate on anything. Not even a potential series of my own. 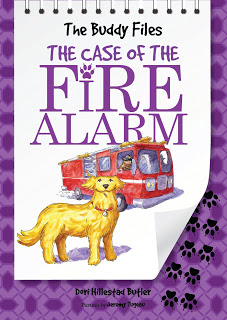 I decided I needed something new to throw myself into. Something like…therapy dog work!

Why therapy dog work? I’m not really sure…other than I’ve always loved dogs. I’d read a little bit about animal-assisted therapy and, well, it just felt like a good idea.

I read everything I could on the subject. I visited area animal shelters and eventually adopted a new dog (a black Golden Retriever mix that we named Mouse) and began training him.

Still, I’d always wanted my own series. And I’d been offered an opportunity to pitch one. I knew there would come a day when I would be content in my empty-nesthood and would regret letting this opportunity go by. So one night I went to the library determined to write that proposal.

I just sat at my table and daydreamed about my dog. Mouse is a big dog. And he’s got a big personality. In fact, he’s got so much personality I thought he’d make a good character in a book. I could imagine him saying, “Hello. My name is Mouse. I’m a dog. I’m also a detective.”

That made me smile. It also made me think. Hm…a dog detective…how about a series told from the perspective of a therapy dog who is also a detective? It wasn’t the series I’d originally discussed with my editor, but would it work?

I wrote some more. I discovered I liked writing from a dog’s point of view.

No, I loved writing from a dog’s point of view!

I decided maybe “Buddy” would be a better name for this dog than “Mouse.” Buddy is another word for friend, and a good therapy dog should be everyone’s friend.

Before long, I had two chapters written. And I’d had more fun writing those chapters than I’d had in a long time.

I sent my new project to my editor, and her boss got back to me very quickly to tell me they were going to go ahead with my series.

I was thrilled! And I was ready to be a writer again.

It’s funny how life and writing come together sometimes. Writing the Buddy Files has helped me understand my own dog better. It’s also made me a better therapy-dog handler. And working with my dog has made me a better writer and given me more to write about.

It’s not the end of the world when your children move out…it can be a new beginning. 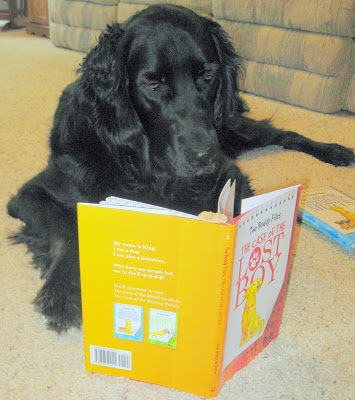