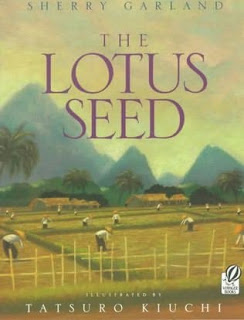 What first inspired you to write across formats in children’s/YA literature?

It was my red-headed Scotsman frugal nature. I’m a waste-not/want not kind of person, so after doing three years of research for a non-fiction fifth grade book about Vietnam, I had accumulated lots of information that I didn’t want to “throw away.”

Since I am a fiction writer first and foremost, I began to think of several fiction projects about Vietnam. First, I wrote a picture book, The Lotus Seed, illustrated by Tatsuro Kiuchi (Harcourt, 1993) about the life of a Vietnamese woman, from childhood in Vietnam until she was an old woman in America.

It came about because of the dozens of interviews I had with Vietnamese refugees in the Houston area.

Then I wrote a YA novel, Song of the Buffalo Boy (Harcourt, 1992), about an Amerasian teenager in Vietnam trying to find the truth about her American father. That one was inspired after reading an article in “Parade Magazine” during my research.

Next was a YA novel, Shadow of the Dragon (Houghton Mifflin Harcourt, 1993), whose subject matter concerned Vietnamese gangs in Houston. Again, that came about from my research for the nonfiction book.

Also, there was a picture book about Vietnamese shrimpers along the Gulf Coast, My Father’s Boat, illustrated by Ted Rand (Scholastic, 1998) that evolved when doing research about Vietnamese adjusting to American life. 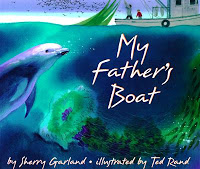 Additionally, there were two picture books about Vietnamese folk tales (Why Ducks Sleep on One Leg, illustrated by Jean Tseng (Scholastic, 1993) and a collection, Children of the Dragon: Selected Tales from Vietnam, illustrated by Trina Schart Hyman (Harcourt, 2001)). 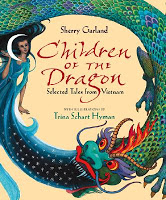 Lastly, I wrote a short story about the Vietnam War for “Scholastic Scope” magazine, which was later used in a Scholastic seventh grade text book. So, from one big hairy batch of research, I produced seven books and one long-lived short story.

I did the same thing with the topic of Texas history. I was asked to write a picture book about the Alamo (Voices of the Alamo, illustrated by Ronald Himler (Scholastic, 2000)).

That research took about two years, which is a lot for a picture book, but then I wrote one of the Dear America Books about the same topic (A Line in the Sand: The Alamo Diary of Lucinda Lawrence, Gonzales, Texas, 1836 (Scholastic, 1998)), so most of the research had already been done.

Then I wrote a YA novel about the same topic but from the Mexican perspective (In the Shadow of the Alamo (Harcourt, 2001)).

One thing I learned was to respect the picture book format. At first, I was like a lot of inexperienced people who thought that a picture book would be an easy project. I soon learned that in may ways writing a picture book is more difficult than writing a middle grade or YA novel.

With picture books, you do not have the luxury of 60,000 words to evoke emotions, describe scenes or use pithy dialogue. 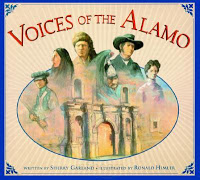 It was the same topic and same research, but with the picture book format, I had to get across an historical event in just a few stanzas, and cover a time period from 1500 to present day in about a thousand words. The words had to be poetic and emotional, yet at the same time convey history accurately.

The picture book process of culling down, cutting back, and selecting the most powerful words helped me learn to keep the novels more tight. 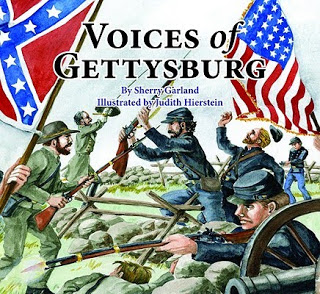 If the author enjoys writing a certain kind of book, it can be a good thing to find a niche in the publishing industry. I am thinking of writers of mysteries, horror, romance, fantasy, series books or perhaps picture books for the very young.

Having a ready-made audience improves book sales, and your fame builds over time. The down side would be that once you are pegged, it may be difficult to break out of that niche, should you decide one day to try something different.

On the other hand, hopping around from format to format can be detrimental to your career. Publishers and librarians don’t know what to think of you; they may not be aware of all the genres you write. For example, I’ve spoken at elementary schools in which the librarians were totally unaware of my YA novels. And I’ve spoken at junior highs, where the librarians weren’t aware of my picture books. It’s more difficult to develop a following because those who read picture books are different than those who read YA novels.

Because I had so many books about Vietnam, for a while I was branded as a “multicultural” author. It was a good thing for me at the time because there was a market for the kinds of books I wrote. When that market went soft and I switched to writing books that were not about Vietnam, it was difficult to adjust. It was almost like starting over. Readers (even librarians) will forget you if you don’t keep producing. 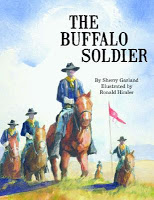