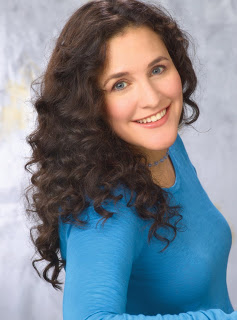 Ah, the Internet. Not only does it provide endless opportunities for procrastination (Huffington Post! Zappos! Dancing babies on You Tube!), but it also provides opportunities to talk directly to readers and writers.

As an author, I’ve always been active on social networks. Five years ago, I started a teen lit group on MySpace—it’s kind of dead now, but back in 2006, it was a happening place to be.

I was slow to join Facebook, but once I did, I cannonballed in and made lots of friends. Sure, some were sketchy friends, and some were fake friends (Anne Frank? Really?), but I also met lots of interesting and fun friends.

But when it came time to brainstorm promotional ideas for my new novel Gimme a Call (Delacorte, 2010), no one cared about MySpace or Facebook.

All I heard about was Twitter. Specifically, tweet, hashtag, trending, RT, hootsuite. And all I could think was…huh?

Yes, I had an account, but I had no idea what to do with it. And seriously, what was a hashtag?

I signed up for a Twitter 101. By the end of the tutorial, I felt somewhat confident in my Twitter abilities. At least, I knew what a hashtag was…. #kindof.

Gimme a Call is about Devi Banks, a high school senior who accidentally drops her cell phone in a  fountain. When she fishes it out, she discovers the only call she can make  is to herself–as a high school freshman, at age 14.

I knew the book’s theme needed to be part of my Twitter promotion, so I decided to e-mail various authors, (hello, Facebook Friends!), ask them “What would you tell your younger self, if, say, you had a magic cell phone that could call yourself in the past?” and tweet their answers.

To start, I posted “What @sarazarr would tell her high school self: You are not fat. You will be, but you’re not now, so enjoy it. #gimmeacall.” Sara Zarr retweeted it to her followers. Her followers responded. And retweeted to their followers.

Then Neil Gaiman (@neilhimself), who has 1.4 million followers, joined in, adding: “Dear 15-year-old-self, those comics you feel guilty for spending your Bar Mitzvah money on each week will save your life one day. #gimmeacall.”

A hundred and fifty people retweeted his tweet, and suddenly it was one a.m. in the morning and new #gimmeacalls were popping up every few seconds. Wheee!

Some of my faves: 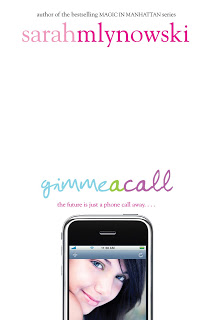 “Dear High School Self: You will live to regret that mullet. Also? The Bay City Rollers will never be cool…. #gimmeacall” –@ColleenLindsay

“Dear H.S. Self: sneaking wine spritzers at your friends’ parents’ 4th of July bbq is not ‘as good as it gets’. #GimmeACall” – @AliseOnLife

And my favorite from the younger set….

The editor of my next book, Ten Things We Did (And Probably Shouldn’t Have), already has plans for a #tenthingswedidbutprobablyshouldnthave Twitter campaign.

But I bet that by next summer there will be a new Internet sensation to help us procrastinate.

Can’t say I know what it’ll be.

If only I had that magic cell phone…

Look for Sarah this week at Chick Lit Is Not Dead and on July 12 at Bookloons: Teens.