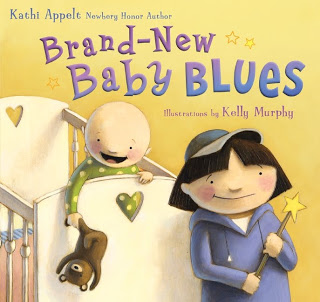 Aside from boredom, you mean? Actually, my writing began to “grow” with my kids. As I found myself reading older books to my boys, I also found myself wanting to write for those older audiences. Nothing more mysterious than that.

And there is the boredom factor. Maybe I have ADD and just can’t seem to concentrate on one form for too long. Plus, it seems to me that the forms themselves allow for different ways of approaching a subject.

The form of a picture book, for example, asks for a different look at, say, love for a baby, than a novel does. Same theme, different form. But in order to fully examine the subject, why not look at in the various forms so that no stone is left uncovered?

At the end of the day, they all require a good story. Even a concept book has to have a narrative arc. That sounds cliché in a way, but with every book I write, I learn something new that informs the next book, regardless of the subject or the form.

I can understand, from a marketing standpoint, how a publisher might want to create a “brand.” But to me, that undermines the basic human drive for creativity. I think humans are larger and wider than brands.

But I resent and resist the urge for anyone to be cornered into a pigeonhole. I think it underestimates what is possible in our human ability to stretch and discover and to create.

Imagine what might have happened if E.B. White had been branded? He was an excellent, well known author of adult letters before he ever wrote Charlotte’s Web (HarperCollins, 1952). What a loss to the world it would have been if his publisher had refused to publish that book because it might have damaged his brand.

It seems to me that there is a huge urge these days to “standardize,” beginning with testing in our schools. And I’m worried that our drive for standardization is carrying over into trying to identify people as “one particular, standard thing.” We see this in medicine with the move towards specialization. It’s a rare doctor now who is a general practitioner. Likewise, we want our authors to be specialists in science fiction or non-fiction or poetry or whatever. I think it’s limiting for the author as well as the audience.

Why? Why this drive to have everyone and everything boiled down into one kind of entity? It doesn’t make sense to me, and it diminishes the very real potential for human expansiveness and ability.

Watch the book trailer for Keeper by Kathi Appelt (Atheneum, 2010).

Watch the book trailer for The Underneath by Kathi Appelt (Atheneum, 2008).