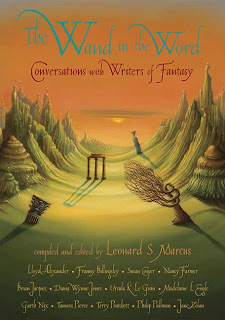 Leonard S. Marcus is one of the children’s book world’s most respected and versatile writers, historians, and critics. He has written many highly acclaimed books about children’s literature, and the authors and artists who create it. Leonard’s book reviews have been featured in many U.S. magazines including Parenting magazine, the New York Times Book Review, Washington Post Book World, and Publishers Weekly. He was interviewed in January 2008 by Anita Loughrey, as one of the speakers at the SCBWI Bologna Conference 2008 (scheduled for March 29 and March 30 in Bologna, Italy).

LM: I started writing when I was in the second grade, and I always knew I enjoyed writing. Around fifth grade, I was a big fan of “Perry Mason” on TV and thought I wanted to be a lawyer like him. Then for a brief time I wanted to be president of the United States. But a love of writing was a constant thread, even though it was a long time before I had any idea of how to go about making a living or a life as writer.

What other jobs have you had (that led to being a writer)?

LM: For my first three years in New York, I was a lowly copywriter for Dover Books, a New York paperback publisher specializing in reissues of out-of-print classics. I learned a great deal about art and bookmaking there, and a lot about the stinginess of publishers. After that I freelanced, writing book reviews and also teaching courses on children’s books at the School of Visual Arts and elsewhere while trying to get started as an author.

LM: I’m just finishing a book I’ve worked on for the last 14 years. It’s called Minders of Make-Believe and is a history of American children’s book publishing. I’m also finishing up a book of conversations with funny writers for children called Don’t Make Me Laugh.

LM: I mostly write nonfiction. Of all the people I’ve written about as characters I might pick Feodor Rojankovsky, the great Russian illustrator of Golden Books, because his art has so much energy and he traveled so much and led such an adventurous life.

LM: As the youngest of three children, I spent plenty of time being “the child of the family” and thinking about childhood. Although very verbal, I started out as a painfully slow reader. Then the reading specialist who was assigned to help me at school suggested that I try writing poems to read to her. It was then that I began my writing and reading life. Thanks to that teacher, I experienced a feeling of great satisfaction because I found that it was easy to read what I myself had written and that made me want to write more and more. 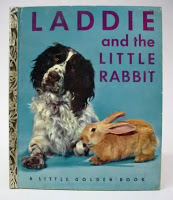 LM: My favorite picture book was a Little Golden Book called Laddie and the Little Rabbit. It had photographic illustrations by Bill Gottlieb, a photographer who took some of the best known pictures of Billie Holiday and Louis Armstrong. I think I loved the book because I wanted to have a dog and wasn’t allow to. Laddie was a springer spaniel.

I recently met Bill Gottlieb’s widow Delia and–all these years later–learned that the dog in the photos was her dog and that his real name was James Thurber! During my “presidential” phase, the book I treasured was the Young People’s edition of President Kennedy’s Profiles in Courage.

LM: Goodnight Moon would be nice. I value clarity and musicality in writing, and that book is one of the ultimate examples.

How long does it take you to write a book? [See listing of Leonard S. Marcus’s books.]

LM: It really depends. I spent maybe six to nine months on each of the three shorter books I have published with Walker (A Caldecott Celebration; Side by Side; and Pass It Down). My biography of Margaret Wise Brown took ten years. I spent about two years editing Dear Genius: The Letters of Ursula Nordstrom.

LM: Saying exactly what I mean.

LM: I sometimes listen to dreamy background music, not because it puts me in a dreamy mood but because it serves as a kind of company, in the way that having a cat around does.

LM: Shel Silverstein did none of that and had bestseller after bestseller. But I think that most writers do need to make an effort. I enjoy giving talks and readings and try to do as many of them as possible. Lately, I have been making more of an effort to group these programs so that I get the most out of a trip to another city or region. Publishers appreciate (or at least they should appreciate) an author’s own promotional efforts and sometimes can be persuaded to help, for instance by contacting a public radio station in the city where a talk is about to take place.

LM: My favorite fan comment came from the wife of the illustrator of Goodnight Moon. After reading my biography of Margaret Wise Brown, Edith Hurd said to me: “You know us better than we knew ourselves.”

When reviewing children’s books, what qualities make the book stand out from the crowd?

LM: I look for a book that feels like one I’ve never read or seen before; one that has been done as well as it possibly could be done.

Why did you decide to write books about the creation, marketing, and world-wide impact of popular children’s literature?

LM: As a history major in college, I got interested in early 19th-century American children’s books as a mirror of life in America when it was still a pretty new nation. I enjoyed the history side of this study, and it also stirred memories of my own childhood.

After a while, I realized that because children’s books are usually illustrated I would have the chance while writing about them to write about art as well as literature. I became fascinated by the challenge of telling stories in two different media, and by all the many different ways that artists and writers have found to do this effectively. I began to wonder why children’s book art wasn’t exhibited in museums.

This in turn raised questions about the value our society places on childhood and the things of children’s culture. From there, one thing led to another as a searched for projects that interested me and that someone was willing to pay me to do.

What has been the most interesting and insightful interview you have ever conducted?

LM: That would be hard to say. Lloyd Alexander, who I interviewed for my book The Wand in the Word, was possibly the gentlest and, if I can say this, most humane person I have ever met.

William Steig, who I interviewed for two books, was feisty and very funny and deeply serious all at the same time.

I talked with Ursula Nordstrom when I was just starting work on my Margaret Wise Brown biography. She was retired by then, but sly as ever, and she did her best to turn the tables by interviewing me. She kept asking me personal questions and made me feel that she really wanted to know the answers.

I realized that that was how she drew her authors out, got them to write about the things that mattered the most to them. This was years before I knew that I was going to have the chance to edit a book of her letters.

When it came time to start in on that huge project (there were more than 100,000 letters to choose from in the Harper files), it helped a lot to have actually met her and to have heard her voice.