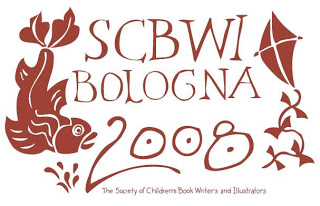 Katherine Halligan is currently Editorial Director for Picture Books and Novelty at Scholastic U.K. She joined Scholastic in September 2006, and since then has been responsible for re-launching their picture book list. She has worked with authors such as Angela McAllister and Malachy Doyle, and illustrators such as Gary Blythe, Charles Fuge, Caroline Jayne Church and Ross Collins. Anita Loughrey interviewed her in November 2007, as one of the speakers at the SCBWI Bologna Conference 2008 (scheduled for March 29 and March 30 in Bologna, Italy).

KH: At the risk of sounding obvious, a childhood passion for books and a love of words and pictures made it a clear choice for me–I can’t imagine doing anything else. I began my publishing career in foreign rights, as I had studied languages, but quickly realized I needed to be part of the creative process. My job now is a perfect outlet for my overactive imagination!

KH: A good editor is something of a chameleon: a sympathetic listener and champion of her authors and illustrators; a constructive critic; a creative and resourceful problem-solver; an energetic and effective communicator; an optimist and also a realist. Above all, a keen eye and a discerning ear are crucial.

When you’re reading a manuscript for the first time, how long does it take you (approximately how many pages? chapters?) to figure out whether it’s something you want to pursue?

KH: Picture book manuscripts are of course very short, but usually I know after the few lines of text whether I even want to finish reading–and by the end it is very clear whether it’s a “yes” or a “no.” Every word counts, and the best writers’ voices are immediately apparent.

KH: Ever since I started in publishing, I’ve heard about what a “tough market” we’re in, but I’ve been lucky enough to work on some very successful books. The reality is that not every book can be a bestseller, but if you publish every book with the belief that it might be, then you will have created an excellent book–and that can only be a good thing.

Another reality is that publishers are always looking for new talent and new ideas, and that children will always read books, so however difficult the current market there is always scope for growth. Yet, at the same time, it is certainly a reality that the market is incredibly competitive, so we have to be incredibly discerning about what we do publish.

What is your favorite thing about being a children’s book editor?

KH: Do I have to pick just one thing?! I love the moment an idea hatches, the moment a brilliant manuscript lands on my desk, the moment an illustrator’s first roughs arrive, the moment their final artwork is delivered, the moment the proofs come in… All part of this process that is ultimately about creating books–and that is my very favorite thing.

What are some of your favorite books and why?

KH: There are far too many to list here, but many of my favorites are books I loved as a child, such as Marcia Brown’s Cinderella; Anno’s Journey, Eloise, Goodnight, Moon and Ferdinand. All of these books share a richness of language, or imagery, or both–and all invite a child (or an adult!) into a particular world that is immediate and true.

KH: Peter Pan. When my younger sister was born, she came home from the hospital with a copy of the book–and, for the next year or so, I thought I was Peter Pan… If I am still in touch with my “inner child” then it’s because of him. 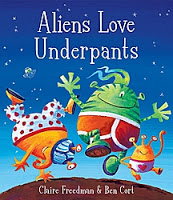 KH: Recently, I have been very proud of the deliciously silly Aliens Love Underpants, by Claire Freedman and Ben Cort, which I commissioned at Simon & Schuster. When it was featured on the “Richard and Judy” show (where it was a category award winner), I was delighted that it was brought to the attention of such a wide audience across the U.K. I have been proud of it all along because of its unfailing ability to make everyone who reads it–parents, children, publishers, booksellers–laugh out loud.

Have you worked with both fiction and non-fiction? If so, how do the processes compare? What do you like most (and/or least) about each?

KH: So far, I have only worked on fiction. I think I would find it very difficult to stick to the facts!

KH: Very little. The manuscript or artwork is what matters, and nothing you can say in a cover letter is going to make up for a submission that isn’t good enough. Any other information that is needed (biographies, bibliographies, etc) can be gleaned later. In the first instance, it’s best to let the words or pictures do the talking.

Is there any area on your list you’d like to “grow” at this time? Do you look at art samples?

KH: As I was brought to Scholastic to re-launch the picture book and novelty list almost from scratch, we’ve been in a continual pattern of growth. I look at art samples constantly–it is completely fundamental to what I do.

How involved in the marketing of the book are you? What is the average marketing budget for a picture book at your house? A YA novel? Etc.

KH: Our average marketing budget for a picture book is usually very modest, although the occasional big book does get a bigger, dedicated marketing campaign. We have a general budget for marketing all our picture books, much of which is dedicated to promotional spend, as well as creating postcards and brochures. I am in close touch with the marketing team, and for big titles we brainstorm plans together.