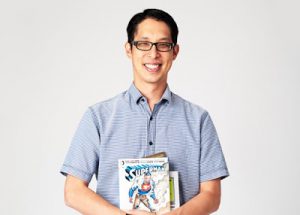 Congratulations to Gene Luen Yang, winner of the 2023 NSK Neustadt Prize for Children’s and Young Adult Literature. He is the first graphic novelist to win the prestigious prize!

Welcome to Cynsations. We last spoke to Dean Mary Francoise Rockcastle about the Hamline MFA in Writing for Children and Young Adults back in 2006.
When did you join the faculty? What appealed to you about teaching in a low-residency program?

I joined the faculty of the Hamline MFAC program in the summer of 2012. I visited maybe a year or two before that as a guest speaker. I was only there for a day or two, but I was immediately impressed by the sense of community.

The low-residency program makes for an intimate experience. This past semester, for instance, I worked with three students. Some faculty take on more, of course, but not that many more.

When you’re working at that scale, you can give a lot of individualized attention. I can get to know them as writers. I can be more invested in their stories.

What has teaching taught you about your own creative craft and process?

I can give you very, very concrete answers here. This semester, one of my students wrote a critical essay on metafiction. Another wrote one about panel shapes in graphic novels. Both were thoughtful and well-researched. Both made me think differently about the project I’m currently working on.

A few semesters ago, my fellow faculty member Laura Ruby (winner of the 2016 Printz Award) gave a lecture on the objective correlative. I think about that all the time now, whenever I’m writing.

And those are just a handful of examples. A community has collective wisdom, so when you’re a part of a community, you get to tap into that wisdom.

In addition, preparing and delivering a lecture forces you to really wrestle with your ideas. I’ve always worked through plot and characterization and setting by instinct, which is kind of like walking through your own room in the dark. You know where everything is, generally speaking, but you’re still going to stub your toe every now and then. Teaching plot and characterization and setting is like turning on the light.

Who else is on the faculty, and how would you describe the culture of your learning community?

My co-teachers have won practically every award offered by the literary world. Plus, we have folks working in every kids’ book age demographic, publishing format, and genre.

I’ve experienced Hamline to be a place that welcomes every kind of story. The MFAC folks are willing to grow and push and learn.

From your own experience (and those who came before), what growth and changes have you/they seen in your program?

I’ve seen students grow in skill, of course. They come away with better understandings of the craft itself. They learn to critique constructively. They learn to structure and revise. They learn to give from themselves through story.

And just as importantly, they learn to call themselves writers. Many of us write in isolation. Many of us are in families or friend groups that enjoy stories, but don’t really see their relevance. Many of us feel embarrassed to call ourselves writers.

Could you describe a typical residency?

Residencies are about nine days long.

Most mornings, we break into small groups to critique student work. In the afternoons, we have lectures about the residency’s topic.

Faculty will sometimes lead workshops focusing on a specific skill.

Gary Schmidt has done one on writing a great opening chapter. Swati Avasthi taught one on manipulating time.

I’ve done a workshop on writing a graphic novel script.

How about a typical advisor-advisee semester of writing and study?

At the end of the residency, students are assigned a faculty advisor. Each student meets with their advisor to talk over goals and figure out a game plan. Then, over the course of a semester, the student turns in four packets, typically one a month. Packets usually contain forty pages of writing.

What do you like best about teaching at Hamline?

I love being a part of the Hamline community. I know I’m there to teach, but I feel like I learn so much.

What would you say to a prospective children’s-YA writer who is considering graduate study? 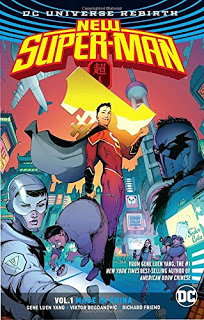 For years, we met once a week to write and draw together, and to look over each other’s work.

I never went to an MFA program, so I consider that experience my MFA program equivalent. Almost everyone in that group has now been published in one form or another.

Read lots of everything, but especially comics. 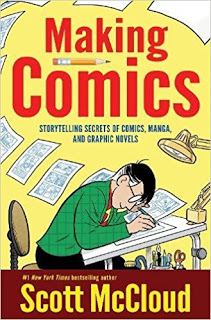 After that, give it a go. There are no rules to making comics.

You can write a script or go straight to thumbnail sketches. You can use just about any drawing implement you want to make your pictures. Pick a strategy and a set of tools – don’t worry about whether they’re the right choices because you’re not going to know until you’ve given them a try – and go.

What do you wish you had done differently? What choices were especially fruitful?

I am so, so fortunate to have had the journey I’ve had. I’m not sure I would have done anything differently, for fear of jinxing the whole thing.

My most fruitful choice was joining that group of cartoonists when I was starting out. I got my first publisher through that group. Once one of us got connected, we would introduce everyone else.

What new or recent release of yours should we be sure to read?

I hope you’ll check out Secret Coders (First Second, 2017-), the middle grade graphic novel series I’m doing with my friend Mike Holmes. Mike and I are blending a mystery story with coding lessons. The fifth and sixth volumes come out this year. 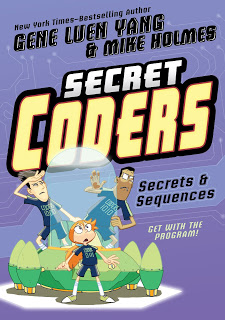 We’re telling the story of a brand-new character in the DC Universe: Kenan Kong, a seventeen year old Chinese kid who inherits Clark Kent’s powers and becomes the Super-Man of China.

What about that project sparked your imagination? What did it teach you in terms of craft and process?

Secret Coders is my first explicitly educational project. I was a high school computer science teacher for 17 years, so I’ve always been interested in education. Mike and I wanted to figure out how to use comics to teach.

I’ve done some things well and some things not so well. There are a few instances when I let the educational aspect overwhelm the narrative aspect. I think balance is key. Balance is always key.

What was it like, being a National Ambassador for Young People’s Literature? Is there a moment that stands out in your memory?

Serving as National Ambassador for Young People’s Literature was perhaps the biggest honor of my life. I loved meeting Dr. Carla Hayden for the first time at the National Book Festival. I loved meeting young readers, young authors, and young cartoonists. I don’t care what anyone says about videogames or YouTube or whatever. Kids today love books. Kids today are absolutely hungry for stories, and they love getting their stories through the pages of a good book.

What do you hope for the children’s-YA creative community, looking into the future?

I hope for diversity in every sense of the word. I hope people from every corner of our society will tell their stories, and I hope they find folks who will listen to their stories. I hope authors will try out different publishing formats and genres. Heck, I hope authors invent new publishing formats and genres! I hope our world will be guided and nourished by good stories.

Gene Luen Yang writes, and sometimes draws, comic books and graphic novels. He was named a National Ambassador for Young People’s Literature by the Library of Congress in 2016, and advocates for the importance of reading, especially reading diversely.

His graphic novel American Born Chinese, a National Book Award finalist and Printz Award winner, has been adapted into a streaming series. His two-volume graphic novel Boxers & Saints won the LA Times Book Prize and was a National Book Award Finalist. His nonfiction graphic novel, Dragon Hoops (First Second, 2020), received an Eisner award and a Printz honor. His other comics work includes Secret Coders (with Mike Holmes) (First Second), The Shadow Hero (with Sonny Liew) (First Second, 2014), and Superman Smashes the Klan (DC Zoom, 2020) and the Avatar: The Last Airbender series (both with Gurihiru) (Dark Horse Comics). In 2016, he was named a MacArthur Foundation Fellow. 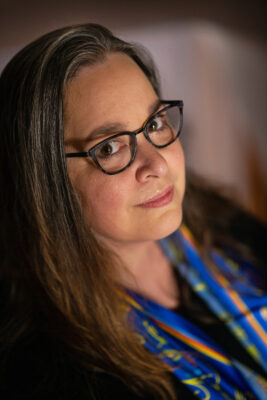 Cynthia Leitich Smith is a previous NSK Neustadt Laureate and a NYT bestselling author. Her novel Hearts Unbroken (Candlewick, 2018, 2020) won an American Indian Youth Literature Award, and her recent books include Ancestor Approved: Intertribal Stories for Kids (Heartdrum, 2021), an ALA Notable Book and winner of the Reading of the West Book Award for Young Readers as well as Sisters of the Neversea (Heartdrum, 2021), which received six starred reviews and made numerous “best of the year” lists. Her debut tween novel Rain Is Not My Indian Name was named one of the 30 Most Influential Children’s Books of All Time by Book Riot. Her 2023 releases are the YA novel Harvest House and the MG graphic novel, The Blue Stars: Mission One: The Vice Principal Problem, co-authored by Kekla Magoon and illustrated by Molly Murakami (both Candlewick). Cynthia is the author-curator of Heartdrum, an imprint of HarperChildren’s, and was the inaugural Katherine Paterson Chair at the Vermont College of Fine Arts MFA program.