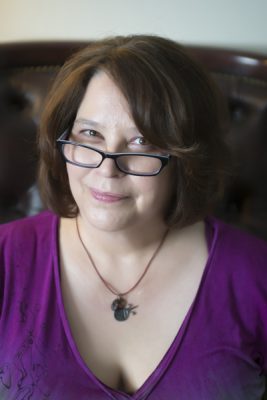 Rachel Caine is a successful YA and adult author with a long, distinguished career.

I should probably note that I didn’t start out in YA; I started out writing horror, although had the book been published 10 years later it would have been Urban Fantasy. But I’ll talk a little about my journey up to that first milestone!

First, I was very shy, but also very stubborn. I enjoyed writing stories. I did them solely for myself, and after trying to get a couple published at around 17 years old (and failing, of course). I just wrote them and put them away … until I got to college and made some friends, and wrote some stories for them as gifts.

It wasn’t until I was out of college (around the age of 27, I believe) when I more or less stumbled into a conversation with an editor at a writing convention, and was gently encouraged to submit for a project. I did. He bought it.

Now, that first project was definitely on the job training; I’d never even finished a book before, and now I had to, and on time too. But having done that, I was hooked. That first book came out in 1990 (Stormriders, as Roxanne Longstreet).

Because I wanted to write about vampires, my next book, The Undead (1991), got acquired as horror, where all good vampires went at the time. I stayed in horror for four books.

That was when I learned my first real survival lesson in this business: pay attention not to whether or not you’re selling books to the publisher, but whether or not the books are selling to the public. They weren’t. So after a total of four books, by 1996 I was out of my first publishing house, and was told they wouldn’t consider anything else.

That was tough. Nobody told me that could happen! But it can, and does, often.

So I picked myself up and rebranded as a “romantic suspense” author … but the problem was, I was blurring genre lines (always) and my books didn’t really fit there either. And didn’t sell. So after two more books in 1997/1998, I was back out wandering the publishing streets, looking for a home.

I took a couple of years off to just write things, try things, see what worked for me. I thought I had something good in 2000, but no one was interested; I changed one element, and in 2002 it was acquired by Penguin as Urban Fantasy. But: I was required to change my name to get away from the debris left by my prior failed efforts. 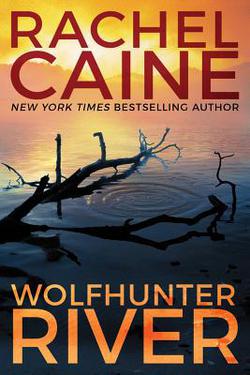 So I became Rachel Caine, and the Weather Warden series was born in 2003.

By 2005, I was deep into reading YA, which was doing amazing stuff, and I was advised that maybe I could really do that kind of story. So in 2005, I started writing what would become the Morganville Vampires, which was quickly acquired by Penguin. We started on a very ambitious schedule: one adult novel a year, and two YA novels a year. That went on from 2006 to 2015, which is why I amassed such a large backlist so quickly. And you know what? It worked!

I love being a YA writer, even if all my YA projects haven’t been successful. I feel like even the ones that haven’t been blockbuster have found an audience, and they reached someone for whom it meant something special. Can’t ask for more than that.

I don’t think I would change anything much. Thing is: this landscape (from my very long perspective, at this point) changes constantly, and you really have to learn how to roll with it. What was popular 10 years ago isn’t going to work today, most likely.

You have to stay up on the business side, the contracts, the trends … not so much to write toward them, but to try to time a move against the trend, onto what would be the next wave. It’s a lot like surfing. You dump out of a lot of waves, but when you get a good one, it’s amazing.

The one thing I’d change, looking back on it, was to accept the idea that huge advances were a good idea. They aren’t, and I don’t believe they ever were. Lower advances work for me; it’s less pressure, better back-end, and ultimately a longer career arc if publishers don’t lose a ton of money backing you. I’m not interested in being a star. I’m interested in being a long-term writer.

But creatively? I wouldn’t change anything. I like the moves I made; not all of them worked, but all of them could have worked. I’m not mad about it. 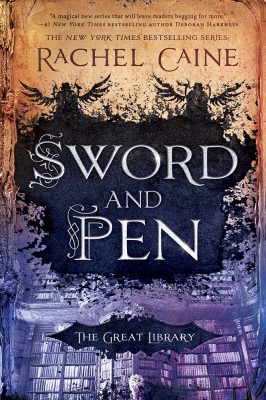 YA was a perfectly steady and stable and progressive category until it became wildly popular, with the release of Twilight (by Stephenie Meyer (Little, Brown, 2005) and the Harry Potter novels (by J.K. Rowling (Bloomsbury (U.K.), 1997-2007)); when it drew a cross-genre audience, that benefitted writers, but it also hurt the whole category, ultimately.

I’m on pretty safe ground to say that the huge teen audience that was invested in these books 10 or 15 years ago are, of course, adults now, and some continue to read YA.

But in chasing that aging-up audience, and adult readers who were also YA fans, we’ve lost the core audience. Some things are being published in YA (and I’m not exempting myself from this!) that are really more properly New Adult or Adult books. I hear from a lot of teens that the books aren’t speaking to their experiences or their needs. And I see that reflected in sales, too.

The biggest positive shift I’ve seen in YA is the inclusion of diverse voices. I’m so happy that more chairs are at the table, and they are bringing absolutely brilliant work. I’m delighted to read fresh and interesting and vibrant experiences, and I hope it will also bring more teens back to the category as passionate readers.

Whew. I’m not sure I know, but I’d probably say don’t measure yourself against others. It’s okay to not be a bestseller. It’s okay not to make “best of” lists and get nominated for awards and have the spotlight. Most people never get close to any of that; it doesn’t make their books less relevant or important or cherished.

Look at who you’re writing for, and listen to what they say about your work. And remember: this is a long game. Pace yourself, and try not to worry.

I want to see teen YA come back as something teens love and cherish. Right now, I think it’s quite fragmented. But I wish that writers and readers alike find this to be a vibrant, ever-changing field because the readers themselves are changing.

Teen audiences move fast, and while we’re not trying to be the cool kids in town, we need to acknowledge that the people who read us five years ago are already out of our audience, and a new audience is looking for something from us. 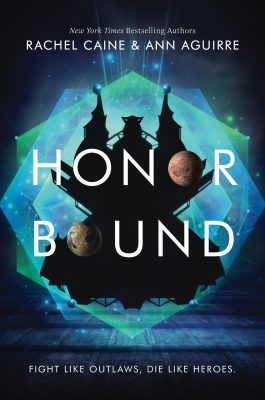 What is it? We should know, and we should find a way to speak to them.

I also want to see YA, in particular, stop being stigmatized by adults. I know that’s a tough achievement, and we may never get there, but I can dream!

I’m pretty far into my career; at 27 years, I’m starting to look at when I should start slowing down. Writing is tough on the body; I’ve had to deal with a variety of physical issues that are either partly or completely caused by the excessive computer time this job requires.

But I don’t know. I’m not good at planning for myself, and I don’t think this business in any way encourages it either. I just want to keep writing as long as I can, and do things that interest me.

Whether that’s YA, adult fantasy, thrillers, or all of the above … I just want to write what I find most compelling. And I hope readers will respond! But at the worst … I’m back where I began: writing for myself,  and the sheer joy of writing.

And that’s a really good place to be.

Photo of Rachel by Robert Hart.