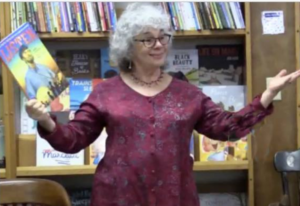 Leda Schubert is a successful children’s author with a long, distinguished career.

“Success” is such an interesting word! Would I define my work as successful?

Sales figures? Yes, for some. No for others.

Number of rejections? Hundreds, really. It’s all a matter of what I choose to compare my work with, I guess. 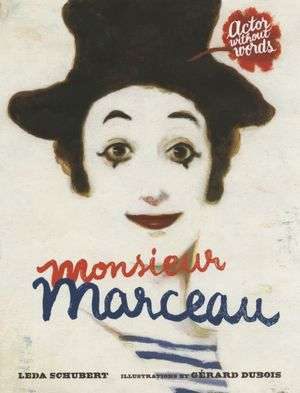 Prizes/awards? I’ve been lucky: Monsieur Marceau: Actor Without Words, illustrated by Gerard DuBois (Neal Porter/Roaring Brook, 2012) won the Orbis Pictus Award for Excellence in Nonfiction from the NCTE (thanks, committee!); several titles of mine were on annual best books lists, several were chosen for the Texas Bluebonnet list, others have received excellent and surprising attention here and there.

Ballet of the Elephants, illustrated by Robert Andrew Parker (Roaring Brook, 2006) got a full-page New York Times review—I never even dreamed of such a thing. (I am lying. I dreamed of it.)

Since 2000, the year my Winnie books, illustrated by William Benedict (Candlewick, 2000) came out, I’ve sold 13 picture books (three still to come). Pretty good, nothing groundbreaking. But I never thought I’d have even one!

In a journal of mine from age 17 (not a good year for me), I found the following sentence: “All I want to do is live in Vermont and write children’s books.”

But the Vermont part was a lot easier.

As for bumps: I’ve had them all. Editors fired before the book hits the stores. Editors who quit. Books cancelled before publication. Editors switching houses.

My advice for the entering students when I taught at Vermont College of Fine Arts was always the same: if you can stop writing, stop writing. It’s not a picnic.

I’ve tried to quit (just ask my friends) for years, but another darned story always percolates in the back of my little brain, and there I go again.

Neither bump nor success, but significant and rewarding work: I went to VCFA as a student (originally for one post-grad semester, but things happened), graduated, and was soon hired to teach there, which I did for some number of years. I learned so much in both roles, but probably more as an advisor than as a student. 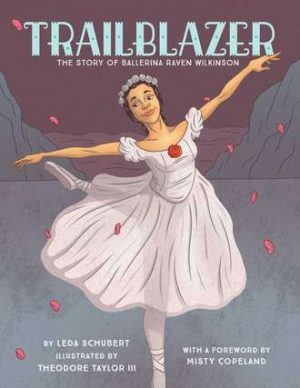 Most of us, I believe, have an emotional response, if we’re lucky, to what we read. The trick is to then figure out what’s triggered that response. I learned, I hope, how to do that with student work, which has enriched my life. As did the students.

If you had it to do all over again, what, if anything, would you do differently and why?

Ha. I’d find someone rich to support me so I wouldn’t have started so late. I worked very full time for various educational organizations till my late fifties. Somebody had to be able to afford the dog food. I’m not alone in this, and some writers even have children (I don’t know how they pull that off).

In any case, though I submitted some pretty bad manuscripts while employed, I didn’t really pay enough attention to my writing until I was practically ready for the nursing home. So there’s that.

What else would I change? I was lucky that my work involved connecting children and books for almost 40 years. I taught, ran a preschool, taught Head Start, became a children’s librarian, and worked for the Vermont Department of Education as a school library consultant for 17 years.

The Ed Department work involved receiving, reading, and reviewing almost everything printed for children and young adults. I read many hundreds of books every year and knew the field as well as anybody could. I wouldn’t have given that up. (Now I read mostly grownup books because I have figured out that I actually am a grownup. Sort of.)

More: self-promotion is not my preferred means of communication. I wish we didn’t have to do it. I’ve forced myself to post things on Facebook (my entire social media presence, other than my home-grown website), but I’m never comfortable with it. I prefer talking about …… dogs, other books, music, politics, climate change, etc.

I’m old enough to have seen the birth (other than the two YA books that existed during my teen years) and subsequent meteoric rise of books for young adults. That’s obviously been a huge change.

I reviewed for Vermont’s librarians the first Harry Potter book (1997-1998) in galley (and there’s a tragic story behind what happened to that galley).

What’s really changed? Social media. The world of blogs, buzz, Facebook, Twitter, and all the hip stuff I don’t know anything about.

I miss the days when a book had to be serendipitously discovered (is that redundant?) by readers in bookstores and on library shelves. I miss the days when books were about the book—the words on the page—and not the coolness of the writer. I don’t like the superstar system.

And, before you all think I’m hopeless: I also love social media. I love the connections we create, the friendships started and enriched, the ability to support each other in new and exciting ways, the many ways in which we find out about books we’re eager to read, the discovery of young new writers and artists—and the ability to post pictures of my dogs, Pippa and the Giant Puppy. Which I am sticking in now. 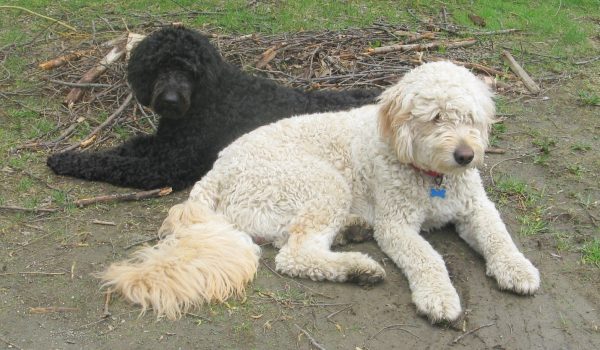 Grow a harder shell. Understand that rejection happens to everyone. Be passionate and involved in more than just writing. I play (fingerpick) blues guitar and have taken up watercolor, both of which often satisfy my need to create without depending on feedback from others. I am, however, my own worst critic. Always have been and always will be. It’s my secular Jewish soul, no doubt.

Don’t expect to find an editor for life. Some still do (I am jealous). I’ve had lots of editors. I’ve loved them all.

For some of us, there’s a good bit of heartbreak in this field. Beware. Get a dog; it will help (or, in the case of the Giant Puppy, not).

Has anyone answered this without mentioning books?

For five years, I’ve been a mentor to a child in our local elementary school. We met when she was in kindergarten. It’s part of a statewide program called Everybody Wins, and it’s one of the highlights of my life. No teaching of reading, no need to monitor progress: just reading. Except we also play games, tease each other mercilessly, and draw pictures.

A few weeks ago she pulled my hair back and told me I looked just like George Washington. We’re still laughing about that. Or she is.

So I hope everyone who writes for children reads with a child. It has changed my understanding of what makes a good book because she picks. Beagle in a Backpack? Husky With a Heart? And she has made me read cat books. I am not a cat person. 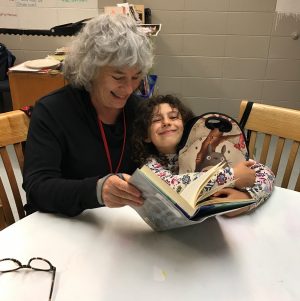 I’ve had a few children come to me, hugging a book of mine and telling me it’s their very favorite book. I want more of that; it’s the best thing.

What else? To keep learning, to tell a better story, and to continue to be the most curious person in the world.

Possibly I am too intrusive at times.

You can always tell me to stop.

Thanks so much for including me in this series, Cyn! Your generous and continuing support makes such a difference to all of us.