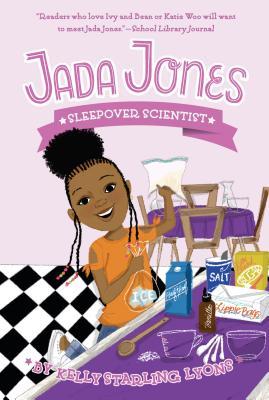 Updated! Publishing Statistics on Children’s Books By & About People of Color & First/Native Nations from CCBC. Peek:

“More recently, initiatives such as We Need Diverse Books have had an incredible impact as the voices of authors, illustrators and critics of color and from First/Native Nations continue to lead the call for change.”

What’s New In Our World by Kelly Starling Lyons from The Brown Bookshelf. Peek:

“Ten Black children’s book authors and illustrators make up our Brown Bookshelf family. Our mission is to raise awareness of the many Black voices writing for young readers. Sometimes we forget people may want to learn more about us too.”

Meet The Rad Girls Of Color For Beginning Readers by Kristen Kwisnek from Book Riot. Peek:

“Until pretty recently, beginning readers (books geared towards kindergarten to second grade readers), featured mostly animals and white boys, or a combination of the two.. There are some super rad girls of color being featured in the beginning reader books published now.”

Confessions of a Sensitivity Reader by Marjorie Ingall from Tablet. Peek:

“Of the thousands of children’s books published every year, a small handful attract pre-publication outrage. Yet that handful gets way more ink than the fact that a character in a picture book is four times more likely to be a dinosaur than a Native American.”

“While writing their fictional stories, the authors inevitably draw from their own experiences as Latinx kids… [Pablo] Cartaya added that ‘we’re not monolithic,’ and that books showing Latinx individuality can go a long way toward breaking cultural stereotypes.” 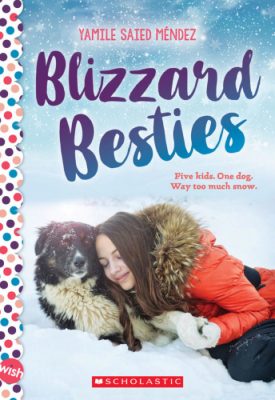 The Business of Author-Agent Relationship In Writing and Publishing by Suma Subramaniam at From the Mixed-Up Files of Middle Grade Authors. Peek:

“Behind every successful novel, the author-agent team works together…to turn an idea into a finished product that the editor and the reader will love.”

‘I Can Get Any Novel I Want in 30 Seconds’: Can Book Piracy Be Stopped? by Katy Guest from The Guardian. Peek:

“If there is a solution to this, rather than keep trying to shut down these sites, it is to get the reading public to understand why using them is dishonest, wrong and is killing publishing and killing diversity in publishing.”

“…the list will ‘center on diversity, ideally with a mix of 75% minority creators, including people of color, Indigenous people, and LGBTQ individuals.'”

Want to Be a Productive Writer? Three Clues by Julianna Baggott from Writer Unboxed. Peek:

“A friend and fellow writer recently asked me how I keep multiple projects going at the same time. The answer didn’t come to me right away. In fact, I was stumped. But a few days later, I had three possible answers.”

Why You Need Physicality In Your Descriptive Writing by Laura Ojeda Melchor from Refiction. Peek:

“The next time you read a favorite book, take note of how the author uses physicality to deepen the sense of place, heighten tension, reveal character, and advance plot.”

Anatomy of a Synopsis by Cynthea Liu from The Purple Crayon. Peek:

“Here it is: the dreaded synopsis. A synopsis is a one-page, single-spaced, summary of your book (beginning, middle, end). Typically written in third person, present tense…Now let’s deconstruct this horrible document.”

New For New Readers: What (Exactly) IS An Easy Reader? by Sylvie Shaffer from The Horn Book. Peek:

“When it comes to word choice, writers must take into account children’s limited experience with word sounds and decodability….The already-challenging limitations regarding accessibility are further complicated by the need for the characters and plots to be interesting enough to keep new readers hooked…” 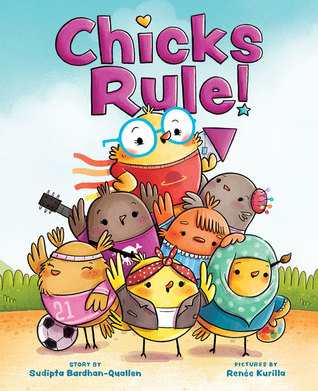 Author Q & A With Sudipta Bardhan-Quallen from CBC Diversity. Peek:

“I wanted to put something into the world that tells everyone – but especially little girls – that they are allowed to go anywhere, be anything, follow any dream.”

“We knew we wanted to feature poetry in the book so as the story developed, we decided that it would be mandatory for all students to be in a school club and that each club would have to make blog posts. The blog really helped us shape the plot.”

Juana Martinez-Neal: “I normally figure out the endpapers for the book while I’m deep in the middle of sketching the interior spreads. But this book was different… On a call with my editors, I shared my crazy idea of making the endpapers a list of the names of all the U.S. Nations and Tribes.” 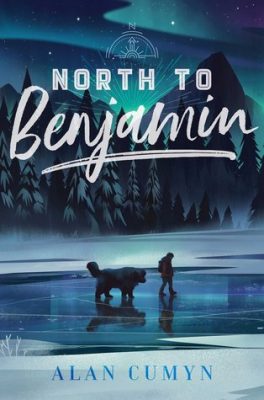 “…something was not igniting on the page, but I kept at it. After getting home, and after returning to teach at a Vermont College of Fine Arts residency, it occurred to me that I was centering the book around the wrong character…”

Gaining Visibility: How Books Helped Me Find Myself by Jessica Rinker from Nerdy Book Club. Peek:

My Characters Don’t Wear Shoes in the House by Sayantani Dasgupta from The Horn Book. Peek:

“Who is allowed to envision themselves into the future? Who is allowed not just to survive, but to thrive? What does a future world welcoming of diverse experiences and identities look like?”

“Children’s-book author and Montpelier resident Katherine Paterson was announced Monday as the winner of the [$10,000] E.B. White Award, given once every two years by the American Academy of Art and Letters ‘in recognition of an exceptional lifetime body of work.’”

Why Independent Bookstores are Thriving in Spite of Amazon by Alysia Abbott from The Boston Globe. Peek:

“Driving the trend is an increase in the number of Americans shopping at businesses in their neighborhoods. ‘People get that dollars spent locally go back into the community,’ says Oren Teicher, CEO of the American Booksellers Association.” 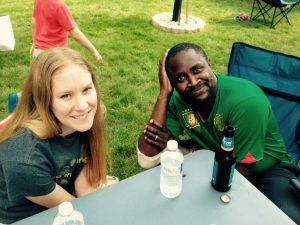 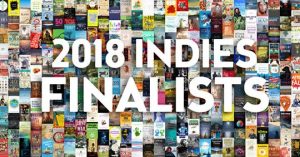 Terrific news! My novel Hearts Unbroken (Candlewick, 2018) is one of ten finalists for the 2018 Foreword INDIE Award in YA fiction. PEEK:

“At a time when the trade media devoted nearly all its attention on the larger corporate publishers like Random House and Simon & Schuster, the debut of Foreword Reviews introduced a new stream of quality reviews of independently published books to the wholesalers and distributors where booksellers and librarians order their books.” 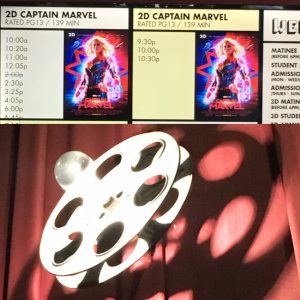 So far this week, I’ve already seen “Captain Marvel” twice. I will likely go at least two more times to see the movie in the theater. The first viewing is about letting the experience wash over me. After that, I begin picking up nuances that I missed before and analyzing the story craft.

I’m counting the days to “Avengers: End Game” and already have tickets for “Shazam!”

I went to two wonderful book signings this month at my local book store, Politics & Prose. 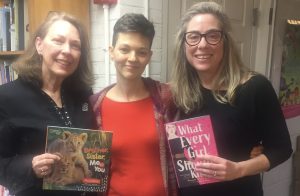 This week, I got to see Mary Quattlebaum interview J. Albert Mann about Margaret Sanger’s teen years and her new YA novel, What Every Girl Should Know (Atheneum, 2019). Such a fascinating discussion! Plus, I got Mary to sign a copy of her new book, Brother, Sister, Me And You (National Geographic, 2019) for my Halloween book project. 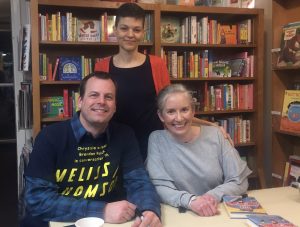 Last week I heard Brendan Reichs and Melissa Thomson talk about their books, Chrysalis (Putnam, 2019) and Tito The Bonecrusher (FSG, 2019). So many good books to give out for Halloween this year!

This week we celebrated the opening of a Little Free Library at my son’s middle school by donating some books. His friend built and stocked the library to complete her Girl Scout Silver Award. It’s already getting so much use! I love watching kids promote and encourage literacy and a love of books.

The 23 Most Unforgettable Last Sentences in Fiction