I am thrilled to facilitate this conversation between Parker Peevyhouse, Will Walton, and Len Vlahos. These three published authors are also booksellers. They have the unique position of listening to and guiding young readers as they write for them.

Let’s start with some basic introductions. Tell us about your publishing journey. 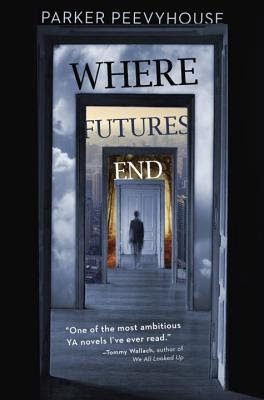 Parker: I signed with my agent after she discovered some short fiction on my website, and she landed me a deal with Penguin/Dawson for my first book, Where Futures End (Penguin, 2016)¸ a series of interconnected novels about the discovery of an alternate universe.

My second book, The Echo Room (Tor Teen, 2018), is quite a bit different from my first (in that it’s more of a thriller) so I wasn’t sure how the publication process would go this time.

When my agent called me one evening, I was so surprised that I asked if she had dialed me accidentally.

But it turned out an editor at Tor Teen had loved the opening of The Echo Room so much that she cleared her schedule to finish reading and then offered a two-book contract.

The Echo Room is about two teens who wake up to find themselves trapped in a mysterious metal room only to realize that they might not be locked in so much as locking something out. My next book is forthcoming from Tor Teen in early 2020–still working on a title, but it’ll be another thriller. 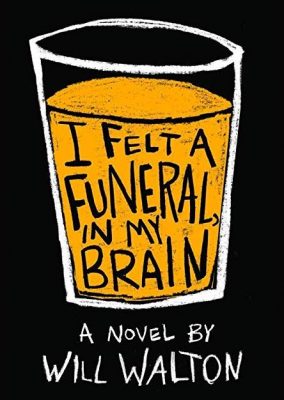 It begins on the final day of school when Avery Fowell, a tenth grader, turns in a poem to his English teacher–what happens next, he never could have predicted. His life newly complicated, Avery plunges further and further into poetry, in an effort to understand what has happened (and is happening) to him.

My next book is still in progress, and my first book was Anything Could Happen (Push, 2015). 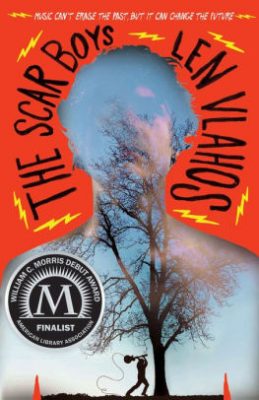 Len: My publishing journey actually starts with a punk band called Woofing Cookies. I was 19 years old and we had put out our own single and booked a tour coast to coast. Our van broke down and we got stranded in Georgia.

Twenty years later, that experience became the backdrop for my first novel, The Scar Boys (Carolrhoda Lab, 2014). As I was already in the industry, I didn’t go the traditional route of querying agents, but rather, an editor friend connected me with my agent Sandra Bond. Every able-bodied editor in NYC rejected the book before it found a home with the now defunct Egmont USA.

After Egmont went out, I was looking for a new home with a new manuscript. Very happily, Cindy Loh at Bloomsbury took a real interest and I’m delighted to work with her.

The next book with Bloomsbury, tentatively titled Quinn, is scheduled for publication in early 2020, and deals with what it means to be a person.

All three of you are also booksellers. Can you tell us a bit about that?

Parker: I’ve been working at Hicklebee’s Bookstore in San Jose, California, for a couple of years now. I order books for the store and run teen events. My desk is right next to a door that J. K. Rowling signed and drew a Sorting Hat on!

Will: I started as a volunteer moderator for Avid Bookshop’s young readers’ book club in 2012. And I was hired as a bookseller there in 2013.

Avid is the only independent bookshop in Athens, Georgia that sells new books. I’ve worn many hats there since 2013–from inventory manager to events conductor. Now I work as an assistant buyer, as well as a bookseller.

Len: I’ve spent most of my adult career working in the book industry. Most of that time was at the American Booksellers Association. As such, I’m familiar with most indie stores in America, and know both Hicklebee’s and Avid well. In fact, both were stops on The Scar Boys book tour.

Today my wife and I own the Tattered Cover bookstores in and around Denver. We own and operate four stores, and have three additional stores at Denver International Airport in partnership with another company. We borrow ideas from other booksellers, including Hicklebee’s and Avid, all the time. (We modeled our Teen Advisory Boards after Hicklebee’s.)

How does being both author influence or inform being a bookseller? And vice versa?

Parker: People tell me I ask great interview questions at the events I hold for YA authors, and I think it’s because I know what I liked to be asked as an author.

On the flipside, I’ve learned a lot from hosting YA authors for store events about how to engage an audience, and how to aim for meaningful interactions with readers who want books signed.

Will: Believe it not, I never would have met my publisher if I wasn’t a bookseller! I had completed the manuscript of my first book when I got hired at Avid. Shortly after being hired, I was introduced to David Levithan, who is the founding editor of PUSH, an imprint at Scholastic. Since then, PUSH has published both of my novels and will hopefully publish my third when it’s ready.

Parker: That’s an amazing connection! I have no doubt you would have published at some point regardless, but Leviathan is a pretty amazing editor to get connected to.

Len: I actually try to keep both lives separate — it feels weird to promote my own books at Tattered Cover — but it’s inescapable that the two worlds become entwined. I also get to see so many YA writer friends who come through Denver for TC events. In fact, both Will and Parker were at our recent Teen Book Con!

What are some of the most valuable lessons you’ve learned as both author and bookseller?

Parker: Working as a bookseller has taught me how subjective the business is. One teen in my bookstore’s teen group might love the hot new YA title, while another might be completely uninterested. Everyone has their own taste.

I’ve also seen how publishers market books to bookstores, and it really underscores for me that a book’s success is influenced by marketing dollars. In some ways, that takes pressure off me as a writer because I know my main job needs to be writing the best book I can.

Will: Like Parker said, it is so awesome to get to a chance to learn about customers’ individual tastes. This might be cheesy, but I think I’ve learned a thing or two about empathy through bookselling. Reading is such a personal experience; when someone shares what they’ve read and liked with you, that’s a really brave and beautiful and vulnerable thing!

Parker: Especially when it’s teens who are talking about their favorites. They might absolutely love a book I can’t stand and that makes me try really hard to understand why the book prompted such a big reaction from them.

Actually, my teens convinced me to read Sarah J. Maas’s A Court of Thorns and Roses (Bloomsbury, 2015) which is a little outside my usual preference for weird and futuristic fiction, and I really liked it!

Len: Agree! Agree! Agree! It’s also made me question the whole idea of genre, or at least how rigidly the industry thinks of genre. There are so many good books that don’t get read because they are so narrowly marketed to a specific audience.

What has surprised you on this journey?

Parker: Before I published, I didn’t realize how much it would mean to me to meet other YA authors. I’m so lucky that I get to meet so many through my job as an events coordinator. They tend to be pretty interesting people with fascinating ideas and experiences.

I’ll never forget Andrew Smith’s Rabbit & Robot (Simon and Schuster, 2018) vomit story–just ask him if you haven’t heard it. And I don’t think I’ve ever laughed as hard as when Aminah Mae Safi, Kasie West, and Morgan Matson played “Cards Against YA” at a teen event.

Will and I were on a panel together at the Colorado Teen Book Con and I learned so much about him from hearing him answer questions. I felt like we were instantly friends.

Will: Yes! What Parker said! I’m in so much awe of the authors I’ve had a chance to meet as an author-bookseller. It’s like constant inspiration. Everyone works so hard.

Also, I can’t tell if it’s part of an author’s nature, or if it’s just an essential part of promoting books, or what; but everyone I’ve ever had the chance to hear speak on a panel has been so open with their readers. I really admire that.

And same goes for my colleagues at Avid. They’re not afraid to connect with readers on a personal level: “I read this when I was your age,” “This book helped me when I was going through a hard time,” etc. I used to be afraid to go there and try to connect in that way. That I can actually do it now has surprised me!

But I wouldn’t have been able to without role models: people like Parker and Mark Oshiro (who was on that same panel with us at the Colorado Teen Book Con), Nic Stone, Stephanie Perkins, Adam Silvera, and many others.

Parker: I wouldn’t have guessed that, Will! You were so open with readers. I think it helps them connect more to a book like I Felt a Funeral, which seems like such a personal book.

Len: You’re both right. The community of YA authors is incredibly welcoming, tight-knit, and generous with time, advice, and support. I still remember my first ever panel at Houston Teen Con. I was a debut author and they paired me with Jenny Han, Elizabeth Eulberg, Lauren Myracle, and Emery Lord (also a debut author at that time). They took me under their wing and made me feel like I belonged. I’ll never forget that.

What are your hopes for the young readers of today?

Parker: I hope young readers find new ideas and perspectives in what they read. I have learned so much from good fiction about everything from tesseracts to how it feels to go through something I’ve never experienced. I love that about reading and how young readers feel the same way.

Will: That they’re able to find exactly what they’re looking for, and if they can’t find it, that they’ll consider making it.

Len: Keep an open mind, listen to the world around you, and take time away from the glowing screens to do other things… like, you know, reading.