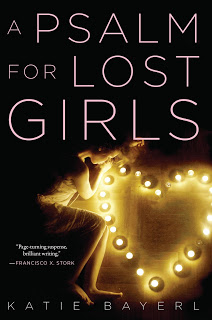 Katie Bayerl is the debut author of A Psalm for Lost Girls (Putnam, March 2017).

“Tess da Costa is a saint — a hand-to-god, miracle-producing saint. At least that’s what the people in her hometown of New Avon, Massachusetts, seem to believe. And when Tess suddenly and tragically passes away, her small city begins feverishly petitioning the Pope to make Tess’s sainthood official. Tess’s mother is ecstatic over the fervor, while her sister Callie, the one who knew Tess best, is disgusted – overcome with the feeling that her sister is being stolen from her all over again.


The fervor for Tess’s sainthood only grows when Ana Langone, a local girl who’s been missing for six months, is found alive at the foot of one of Tess’s shrines. It’s the final straw for Callie.


With the help of Tess’s secret boyfriend Danny, Callie’s determined to prove that Tess was something far more important than a saint; she was her sister, her best friend and a girl in love with a boy. But Callie’s investigation uncovers much more than she bargained for: a hidden diary, old family secrets, and even the disturbing truth behind Ana’s kidnapping.”

I wasn’t the girl who dreamed of becoming a writer.

I loved reading, though, and I loved being around young people and being part of social change—so I found my way into a career as an urban teacher. In my classroom we talked about books, filled notebooks with big ideas, and wrote impassioned essays and heart-cracking personal narratives.


My first career didn’t go the way I expected.

Being a full-time teacher took a toll. I stockpiled anger at a system that treated my students as disposable. Daily injustices battered my heart badly. I was young, discovering my limits. When my mental health nose dived, I faced a choice: turn down the volume of my heart to survive or step away from the career that I’d believed was my calling.

I chose to walk away (a messy decision and the bravest of my life). My sleep schedule was erratic in the aftermath, and I found myself up late one night watching Lifetime version of Speak (Farrar, Straus & Giroux, 1999) by Laurie Halse Anderson.

And oh. A revelation.

Young adults and books. The two great loves of my life. I should be writing for teens! I drafted an outline of my first young adult novel that night.

I got a bit of recognition, discovered I still had a lot to learn, pursued an MFA, began submitting my work, found I still had things to learn.

You know this story. The writer who faces rejection, persists. Except I’d always been impatient. I went full blast at the things that came easy. When things got hard, I found an out.

I couldn’t quit again, though, not after the last defeat. Also, I could sense that the pieces were beginning to click. My stories were changing, becoming deeper, more true to me.

First, an agent. Then, a book deal. My born-again author career was suddenly becoming real.
But—plot twist—over the same period, my first calling had wormed its way back into my life. I picked up creative writing classes at GrubStreet and found that, in smaller doses, teaching teens still filled my heart in a way nothing else did.


I wondered: Was being a writer enough?


I’d been watching other writers carefully, noticing how they braided their work as authors with their deepest-held concerns. I looked to Kekla Magoon, Cynthia Leitich Smith, and Dana Walrath, among others.


I wanted a career that could incorporate all sides of me.

I found myself circling around an idea that had been planted in grad school—a few of us had a notion that Vermont College of Fine Arts (VCFA) could become a hub for diverse young writers. We had a solid idea. All we really needed was someone who had the time, passion, and persistence to make it happen. Passion I had. Persistence I’d learned. Time I could make.

Shortly after my book deal became public, we announced the launch of the VCFA Young Writers Network.


Leading this work means I won’t be a book-a-year author. I’m ok with that. I want to be in the business of cultivating stories, plural, and elevating voices, most especially young writers from marginalized groups. I feel this as a white author in a severely unbalanced field and as an educator who still feels the tug toward social justice. 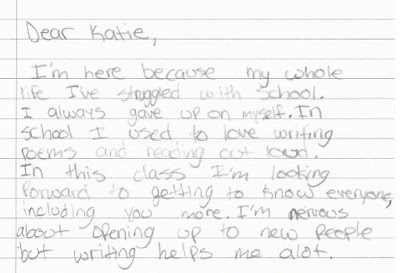 Last fall, I returned to the role of student.


The Launch Lab, designed for soon-to-be-published authors, helped me get clear about my goals and weed-whack through the clutter of promotional activities to find those that can help me become the writer, teacher, and change-seeker I want to be.

There are still many questions about how this will go, what comes next. But if 10 years as a writer has taught me anything it’s how to stay the course. 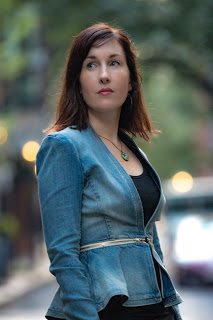 When Katie Bayerl isn’t penning stories, she coaches teens and nonprofits to tell theirs.

She holds an MFA in Writing for Children and Young Adults from Vermont College of Fine Arts and has taught creative writing in schools and a variety of community settings. She currently leads the VCFA Young Writers Network and teaches classes for teens at GrubStreet.

Katie has an incurable obsession with saints, bittersweet ballads, and murder.

Publishers Weekly gave A Psalm for Lost Girls a starred review, describing it as “richly and evocatively written.” Peek:”Through these two perspectives—alleged saint and grieving sister—debut author Bayerl unspools a gripping story of loss and grace.”


Enter for a chance to win one of five copies of A Psalm for Lost Girls in a giveaway from the publisher.

No purchase necessary. Enter between 12:00 AM Eastern Time on March 13, 2017 and 12:00 AM on March 27, 2017.  Open to residents of the fifty United States and the District of Columbia who are 13 and older. Winners will be selected at random on or about March 29, 2017. Odds of winning depend on number of eligible entries received. Void where prohibited or restricted by law.