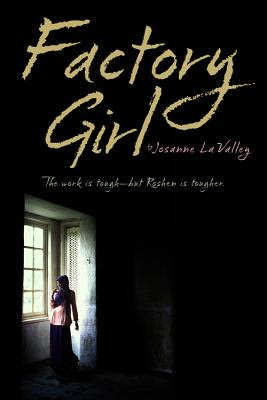 Peek: “Josanne received degrees from St. Lawrence University, Smith College and Vermont College of Fine Arts. She worked in arts management and as a professional musician before she turned to writing.”

A few members of the children’s literature community shared their thoughts about Josanne.

I first met Josanne at a children’s writing class in 1998. We rode the M66 crosstown bus home together, and about halfway through our six-week course she mentioned that she and another writer, Shirley Danko, were planning to start a writer’s group and would I like to join them?

I liked the idea of a group, but it was a commitment to people I barely knew. I said yes, promising myself that I could make up an excuse and drop out if it became too much of a burden. That group did more for me than I ever could have dreamed. Not only was it the beginning of a 19-year friendship with Josanne, having the group to go to week after week to read my chapters kept me going through the early years of rejection.

Shirley left the city, and other writers came and went. Josanne and I were the two steadfast New Yorkers, the Thursday-nighters. We learned how to write together and how to critique together, and as happens when you’re laying yourself bare on the page week after week, we shared joy and heartbreak and became the best of friends.

Josanne was the first person to celebrate when someone else in the group had a success—always with champagne. She never complained that her journey to publication took a little longer. She was a traveler as well as a writer and found her voice in northern China, getting to know the Uyghur people. She published a middle grade novel with with Clarion about that community and lived long enough to see her second published and to read its very good reviews.

No one ever believed in me the way Josanne did—with optimism, enthusiasm, and a belief that I could break out of my comfort zone and dig deeper. I miss her generosity of spirit, her loving kindness, and especially her fierce commitment to making her words the best they could be.

In 2001, I met Josanne LaValley at the Rutgers-One-on-One Conference and we began chatting in earnest as we waited for the train back to New York City.

Soon after I joined a critique group Josanne and Laurie Calkhoven had started. We met on Thursday night’s twice a month and then increased to once a week. Always Thursday nights. Always a pot of peppermint tea no matter whose home we met in.

In 2002, Josanne started her MFA at Vermont College of Fine Arts. She was in the class above me. Maybe this was a sign I would follow Josanne anywhere.

She was a trailblazer: smart, sophisticated, kind and in my mind, an ageless and timeless Eileen Fisher model. She was worldly and well-traveled. I hadn’t yet traveled out of the United States and in an earlier incarnation had lived in a trailer in the rural South as a young military wife.

Josanne and I couldn’t have been more opposite but we formed a deep friendship as we worked on our writing, week after week, with pot after pot of peppermint tea. 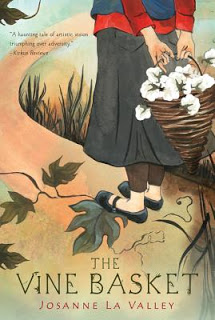 There were other rituals—writer’s pajamas—bought for Laurie when she transitioned out of her Scholastic editing job to be a full-time writer.

Champagne when one of us had a sale—and ever after we became known as the Champagne Sisters. The celebrations, hard work and sales continued as Kekla Magoon joined our group.

Josanne was the last in the group to publish. She landed her dream agent, Marietta Zacker, and the two sold her first novel The Vine Basket to Dinah Stevenson at Clarion, the right and perfect publishing home for Josanne. The book won an Amelia Bloomer award and appeared on many state lists. Josanne’s main character Mehrigul was inspired by one of her trips to China and depicting the Uyghur people’s hardships and hope was an integral part of who Josanne was.

Josanne’s second novel released this January, Factory Girl. I have a copy proudly on display at The Writing Barn, now forever without Joasanne’s signature—but more than an autograph in a book—Josanne La Valley, my friend and champion, autographed my life: teaching me what diligence, fierce intellect, and true kindness can achieve.

Josanne was consistently one of the most supportive people in my writing life. From the time we met as students at Vermont College of Fine Arts over a decade ago, she took me under her wing.

Our writing group, which we dubbed The Champagne Sisters, brought out the strengths in each of us, but Josanne’s warm and welcoming spirit clearly stood at the heart of our circle.

She refused to tolerate any self-deprecation, self-doubt, or hesitation about putting oneself out there, both personally and professionally. Her quiet but insistent encouragement fueled me through a lot of difficult decisions early in my publishing life.

It was always easier to go out into the world, knowing that Josanne had my back. I trust that she still does. I will miss her greatly, but her inspiration and influence remain in my heart, and will be reflected in my work for the rest of my life.

“I had the great pleasure of working [as VCFA faculty] with Josanne on her creative thesis. She was such a warm person with such a lovely smile — a good soul and a good writer, too. I’m so sad to hear of her passing.”


Josanne’s most recent novel, Factory Girl (Clarion, 2017) focuses on Roshen, a 16-year-old Uyghur girl from northern China who is sent to work in a textile factory in the south. Kirkus Reviews  described the book as “A thought-provoking look at oppression and the power of words from a viewpoint not often heard.”

Josanne’s first book, The Vine Basket (Clarion, 2013) followed the story of Mehrigul, a 14-year-old girl forced to leave school to work on her family’s farm. School Library Journal gave The Vine Basket a starred review. Peek: “The realistic and satisfying resolution will resonate with readers, even as they learn the fascinating details of an unfamiliar culture.”