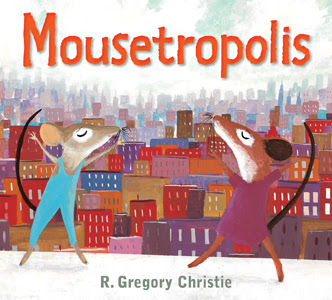 Q&A of R. Gregory Christie, author and illustrator of Mousetropolis, by Chris Barton from Bartography. Peek: “…my motivation is to bring ethnic groups together and in some ways to bring balance to historical lesson plans.”

Depression and The Writer’s Mind by Lucy Coats from An Awfully Big Blog Adventure. Peek: “How can this job of writing, which I love, turn on me like a monstrous beast, snarling and snapping amid the greyness, leaving me unable to go near it, tearing at and trying to destroy the creative source of the words which normally come to me so easily?” See also When Dark Emotions Threaten Your Writing by Jan O’Hara from Writer Unboxed.

Am I Locked Into a Character’s Nickname Once I Use It? by Deborah Halverson from Dear Editor. Peek: “Even devices intentionally deployed can hurt instead of enhance.”

The Product or the Pitch by Mary Kole from Kidlit.com. Peek: “There are a million resources on how to improve your product. Unfortunately, a novel isn’t a widget. It has 50,000-100,000 moving parts.”

We Need Diverse Books Mentor Program from WNDB. Reminder: The deadline to apply is Oct. 31. Peek: “…five mentorships, one in each of the following categories – Picture Book text (PB), Middle Grade (MG), Young Adult (YA), Nonfiction (NF), and Illustration (IL). The winners will communicate with the mentor for approximately one year in a mentor/mentee custom-defined program.” 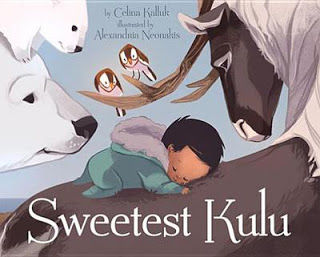 2015 Wordcraft Circle of Native Writers & Storytellers Award Winners by Debbie Reese from American Indians in Children’s Literature. Peek: “These books celebrate Native life and lifeways, showing the realities of who we are, but infusing those realities with love and the perseverance that characterizes us as a people.”

How Did YA Become YA? by Anne Rouyer from New York Public Library. Peek: “…it all starts with a young, passionate, pioneering children’s librarian named Anne Carroll Moore.”

Always an Author by Peni Griffin from Idea Garage Sale. Peek: “…just because I live in professional limbo right now doesn’t mean I’m not the woman who wrote The Ghost Sitter and Switching Well – and other things less likely to generate fan mail.”

The Thrill and Horror of Things That Go “Bump” In the Night by Chris Eboch from Project Mayhem. Peek: “The best horror also goes beyond the merely spooky or grotesque, and touches some deep truth.”

Growing Up Cuban: Laura Lacámara and Meg Medina from Latin@s in Kidlit. Peek: “I have never set foot on the island, but in a way, I have been there every day of my life. But how do we talk about Cuba as phantom limb?”

The Many Faces of Diversity by Candy Gourlay from Notes from the Slushpile. Peek: “…from here the other side of the pond, the bookshelves of America look incredibly diverse – I always marvel at the faces of all hues smiling out of the children’s departments of bookstores and libraries I visit in America. But this is apparently deceptive.” See also The White Boy in the Third Row by Brenda Kiely from Reading While White.

The winner of Paper Hearts by Meg Wiviott is Bev in Ontario.

Last week’s highlight was the 20th anniversary of Texas Book Festival in Austin. 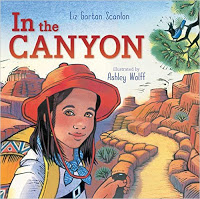 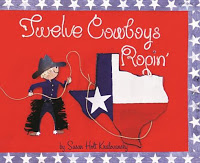 My Monday morning surprise? Being mentioned by Allie Jane Bruce among Some Swoon-Worthy Women in Children’s Literature at Reading While White. The title is light, but the post isn’t. Peek: “Good-looking men in this field, particularly White men, go straight to the top and cash in…. It’s true of authors, illustrators, and librarians.” A frank discussion about race, gender and career impact.

Reminder! Want to read something spooky? The electronic editions of Diabolical and Feral Curse (both Candlewick), are on sale this month for $1.99!