The youth literature community is deeply saddened by the sudden death of Nancy Garden, age 76, on June 23.

Nancy was a groundbreaking author, perhaps best known for her YA love story, Annie On My Mind (FSG, 1982).

I’m honored to say that she graced this online platform with her wisdom and, more personally, this author with her enthusiasm, warmth and support. My sympathies to her friends, family, colleagues and readers.

Let’s celebrate her memory and revisit her thoughts:


Tell us a bit about your writing background. How did you get started writing for children? What were your earliest influences?

I come from a family of book lovers, especially on my mother’s side. I was read to as a child, and my favorite Christmas and birthday presents were always books — well, maybe except for the Christmas I got my first puppy!

When I was around eight years old, I started writing for my own pleasure outside of school, and I never stopped, no matter what else I did or what else I was interested in.

I think I’m one of those people who has to write.

Why did you elect to write for children and teens? 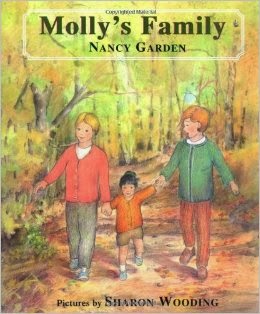 Because I like children and teens so much and feel they’re important, special people. There’s something very exciting about a person who’s in the process of becoming, of forming his or her identity.

I think another reason is simply my love of children’s books — and YA books, although there were no YAs as such when I was growing up. Some of the best, most exciting, and most innovative writing, I think, has always been in the children’s/YA field.

What encouragement helped you along the way?

My parents were always very supportive of whatever I did, and of course that helped enormously.

When she saw me in a community theater play, she begrudgingly said she guessed it would be okay if I went into theater — but she turned out to be right after all about my becoming a writer!

What draws you to write stories connected to gay and lesbian themes? Why do you feel such stories are important to young readers?

When I was growing up as a young lesbian in the ’50s, I looked in vain for books about my people.

There were none for kids, and the few I knew about for adults were always out of the library, which I later realized was probably a subtle (maybe “backhanded” would be a better word!) form of censorship.

I did find some paperbacks with lurid covers in the local bus station, but they ended with the gay character’s committing suicide, dying in a car crash, being sent to a mental hospital, or “turning” heterosexual. 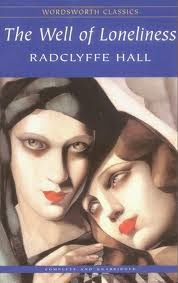 Eventually I did find Radclyffe Hall‘s The Well of Loneliness, written in England in the 1920s, and tried for obscenity there and in the U.S.; as a result it was banned in England for years, but not here.

It’s melodramatic and somewhat overwritten and it ends sadly — but it does have a healthy, honorable lesbian (or perhaps transgendered) main character, and it shows that gay people are more sinned against than sinning. It does end sadly, but with an impassioned cry for justice and understanding.

I read that book many times as a teenager, and I vowed that someday I’d write a book for my people that would end happily.

Why do I feel such stories are important to young readers?

I think kids in every minority need to see people like themselves in books; that’s an acknowledgment of their existence on this planet and in this society.

Minority kids often feel invisible in the world, GLBT (gay, lesbian, bisexual, and transgendered) kids perhaps most of all, even though that, thank goodness, is changing.

And straight kids need to see that GLBT people aren’t monsters and that we share many feelings and experiences with them despite our difference.

Annie On My Mind has been challenged in schools and libraries. You’ve talked about the importance of engaging people who would ban books in proactive conversation. Would you care to expand on this thought? 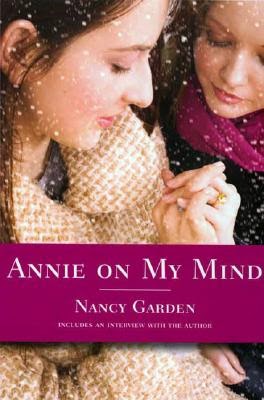 Sure. Although attempts at censorship may be power plays when initiated by political leaders, many of the ordinary people who try to ban books do so out of sincere religious or moral conviction — for example, most of the attempts to ban the Harry Potter books are the result of a sincere belief that sorcery is truly evil and that reading about wizards is genuinely harmful to children.

In the same way, many attempts at banning books that are about homosexual characters and issues are also motivated by sincere beliefs that such books are harmful — that they will encourage young people to “become” homosexual, and that homosexuality itself is evil, dangerous, sick, etc.

Nothing is served, I think, by demeaning those who truly believe that books should be banned, or by arguing against them in a hotheaded way.

Everything is also served, I think, by pointing out the importance of the First Amendment and the danger of eroding it. In a society without the protection the First Amendment gives us, sure, you’d be able to ban books that I like but you don’t — but there’d be nothing to stop me from turning around and banning the ones you like. It’s important to remember that, and also that one of the first steps toward Nazi control of Germany was book burning.

In the case of people who would ban books with homosexual content, I think it’s also important whenever possible to try to inform those people of what homosexuality really is and isn’t, and of the fact that one doesn’t “become” homosexual because of reading a book.

After all, gay kids read books about straight people all the time and they don’t “become” straight as a result!

In Remembrance: Nancy Garden by Victoria Brownworth
from Lambda Literary. Peek: “Nancy Garden, author, editor, LGBT
activist, former theater maven and teacher, died suddenly on the morning
of June 23 of a massive heart attack. She was 76…. She did picture
books, middle-grade books and books for teens and the work ranged from
humorous picture books, serious literary fiction, horror, mystery,
historical fiction to non-fiction.”

Nancy Garden’s Annie On My Mind: A Second Look by Roger Sutton from The Horn Book. Peek: “…all of this — a happy ending, a non-problem novel, a book that was about ‘us,’ not ‘them’ — was new and a cause for celebration, but it never would have gotten off the ground had Annie on My Mind not been such a blissful soak of a read.”