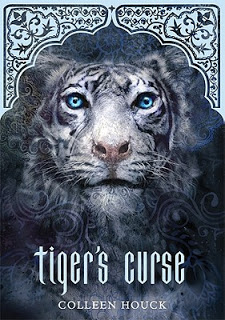 Librarian Laini Bostian blogs at The Made Up Librarian. Today she talks to Colleen Houck about Tiger’s Curse (Splinter, 2011). Learn more about Colleen from Publishers Weekly.

Laini: In a prior exchange, you stated that Tiger’s Curse (The Tiger Saga, Book 1) was intended to be a “clean” romance for adult women.

Colleen: There is much more to Tiger’s Curse than romance. It has a folklore element to it and a whole storyline related to breaking the ancient curse that keeps the prince, Ren, enslaved by living all but 24 minutes a day in the body of a tiger.

Laini: What inspired you to write this story?

Colleen: Basically, I wanted to write the kind of a book that I wanted to read. I love romance, but I want more in a book than just a romantic story. I want some action in there too. This is what prompted me to start writing.

I’m the type of person who watches a television show and thinks, “I love it, but if this was tweaked or that was changed, it would be even better.”

Laini: Editors can play a large role in the evolution of a novel. Were there major changes to your original story that you had to make? If so, can you give us an example? And how did it feel to have to make those changes? 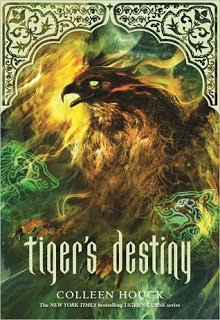 Colleen: There are multiple ways to tell a story. For me, the story exists in my head in its entirety and an editor may want me to twist it and tell it in a slightly different way but I can usually incorporate those changes into the whole.

Does that make sense? I guess what I’m saying is that I don’t compromise the story, I just slightly alter the wording or leave out some parts.

Having said that, I am a big believer in my fans getting everything, which is why I post deleted chapters or alternate endings. An example would be that I have three endings to Tiger’s Destiny. They are all valid and good in their own ways.

We went with the one my editor liked but that doesn’t mean I don’t like the others or that they didn’t fit. Fans will get to read those at some point.


Laini: Can you define “romance” for us? The term is used to describe such a wide variety of literature. What does romance mean to you? And why did you feel the need to write a “clean” romance? Can you talk some more about that?

Colleen: In books the part of a romance I enjoy the most is the beginning, when a couple falls in love. For most of us who are happily married, those tingly first romantic feelings fade into a sweet enduring love that blossoms into so much more, an enduring friendship, a contented companionship, but, by that time, the excitement of discovery, the wonder of finding out someone loves us back, is long gone, which is a good thing.

I can’t imagine living every day with that swoony-sleepless-wonder-what-he’s-doing-at-this-very-minute feeling. How would we function on a daily basis?

That doesn’t mean that happily married women can’t enjoy a good romantic story though. Regarding the clean romance, some of my fans have asked why I never showed my characters sleeping together. This was a conscious decision on my part. I wanted to bring something different to the table, to show that a chivalrous man can be sexy too.

My hope is that I’ve created something that everyone can like–a book a mom would feel comfortable passing to her daughter or even to her husband.

Laini: I have read interviews with or spoken to a couple of authors who intended their stories to have an adult readership and then were told that their books were “young adult.” Some  authors did not like this. How did you feel about it? And now that you are considered a young adult author, which I believe is quite prestigious, are you writing with a teen audience in mind? 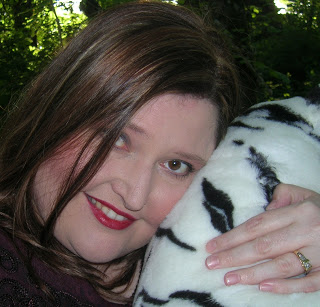 Colleen: I think my natural tendency is to write stories about characters in their late teens, early twenties. The reason is that this is the age of discovery, of adventure, of risk taking, and of falling in love. Those are the themes I like to explore.

When I started out, my intended readers were women my age who would appreciate my type of story but when you get down to it, my heroine was seventeen turning eighteen which falls into the category of YA.

I like YA a lot. I didn’t even know YA existed for many years but now I read it almost exclusively. The coolest thing about this genre is that it’s wide open to many different types of stories.

Romance, paranormal, contemporary, sci-fi, they all have a place in YA which makes it exciting for me since I like to dabble in various genres and themes.

I think the most exciting, unique material is being published in YA so it’s a great place to hang my hat. When I write I don’t think about my teen audience at all. It’s a strange thing to say but to me I try to tell a story that has universal appeal. One that teens, kids, and parents would all enjoy.

Laini: Finally, I have to ask, because I have been talking so much on my blog about this, why is your narrator a female? If you did not have a specific audience in mind—women—might you have had a male narrator?

Colleen: I have written in both a male and a female perspective. There are benefits to writing in a female point of view, the biggest one being that I know what it feels like to be in a woman’s head. I like both, but writing anything romantic from a male point of view can be challenging. 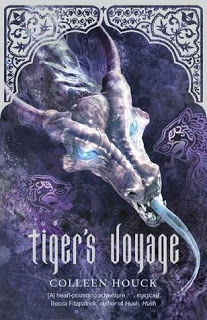