Revise/Resubmit Requests by Jane Lebak from QueryTracker.netBlog. Peek: “Receiving one of these is a positive sign: it means the agent thought your manuscript had enough promise not to reject it outright, but it still has quite a distance to go before the agent feels it’s publishable.”

Going Deeper: A Process Rather Than a Technique by R.L. LaFevers from Writer Unboxed. Peek: “Going deeper involves exposing oneself, but by degrees rather than all at once. A sense of peeling back a little skin, one layer at a time, seeing how much it stings, acclimating, then doing the whole thing over
again and revealing a little more.”

The Pendulum Swings Back by Mary Kole from Kidlit Apps. Peek: “The pendulum that swung hard toward digital anxiety is heading the other way now, toward a more natural balance.”

Where Genius Is: Maurice Sendak and Ursula Nordstrom by Karen MacPherson from the Evansville Courier-Press. Peek: “Theirs was a uniquely creative and close relationship that revolutionized the world of children’s literature.” Via Gwenda Bond.

The Fragile Stage by Coe Booth from Write at Your Own Risk. Peek: “We’re still trying to figure out where we’re going, if our choices will make sense on the page, and if anyone will even want to read these novels when they’re finished. I call this the ‘fragile stage.'” See also Uma Krishnaswami on Training Your Inner Critic from Writing with a Broken Tusk.

My Story Book Club from Lamba Literary: Creating Excellence in LGBT Literature Since 1989. “Each month, we will introduce a LGBT work geared towards young adults with compelling discussions, polls, play lists, author commentary and trivia each week led by a guest youth moderator. At the end of the month, the author will participate in an hour-long Q&A with readers.” Source: Lee Wind, see related video interview with Monica Carter, who is founding the program for Lambda Literary Foundation, on Lee’s Blog, I’m Here. I’m Queer. What the Hell Do I Read?

Writing and Parenting by Stephanie Burgis from Smack Dab in the Middle. Peek: “I think the years of MG fiction are the years when many kids first start really noticing the ways their moms are failing to live up to that cultural standard. …my friends and I were vocal in those years whenever we noticed our moms’ failures. Well. Now I’m a mom, and guess what?”

Literary Agent Mary Kole Seeks Interns from Kidlit.com. Peek: “Now, I can’t offer you an agency slot or guarantee you a job, but interning for an agency or publisher is the #1 thing you can do if you’re curious about publishing, agenting, writing, or the children’s book world.” 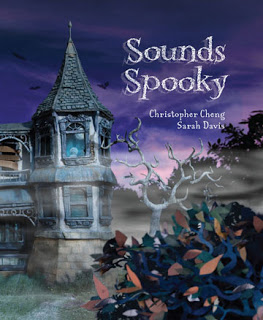 Congratulations to Cynsations Asia/Australia/NZ reporter Christopher Chen on winning the Aurealis Award for Best Picture Book in recognition of Sounds Spooky, illustrated by Sarah Davis (Random House Australia)! The winners were announced at a gala May 12 at North Sydney’s Independent Theatre. See more information about the award, including more children’s-YA winners, and photos and insights from Christopher.

Three Questions for Literary Agent Erin Murphy from Peter Adam Salomon, Keyboard and Camera. Peek: “Most of us…just kind of stumbled into this because of our love of books, and lo, here we are, literary agents! So let yourself love
books.”

Writer’s Cramp: In the E-Reader Era, A Book a Year is Slacking by Julie Bosman from The New York Times. Peek: “Authors are now pulling the literary equivalent of a double shift, churning out short stories, novellas or even an extra full-length book
each year.” Source: Leda Schubert.

Write Now! Overcoming Writer’s Bock by Chris Eboch from Write Like a Pro. Peek: “Even successful and prolific writers struggle with writer’s block. They have just figured out how to get past it more quickly.

The winners of five first-page critiques from Penguin editor Steve Meltzer (in celebration of Hanging Off Jefferson’s Nose by Tina Nichols Coury) were Cathy, Joanna, Kell, Rosie, and Sue.

The winners of The Fives Lives of Our Cat Zook by Joanne Rocklin (Abrams, 2012) were Jen in Ohio and Tracy in California, and the winner of a critique by Joanne was Robin in California.

The winners of Diabolical bookmarks were Elaine in Georgia, Jenea in Tennessee, Lisa in Ontario (Canada), Missy in Texas, Patti in North Dakota, Selena in Wisconsin, Susan in Virginia, Tal in Jerusalem (Israel), Tracy in California, Victoria in Ohio, and Vivien in Kansas. 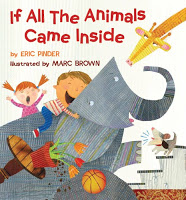 My focus was preparation for teaching summer workshops and making progress on my new manuscript, which will be the second book in the series to launch next winter.

I’m also watching the BBC’s “Sherlock” on Sunday nights and enjoyed the “Glee: The 3D Concert Movie” on DVD (the second half of this season’s “Glee” has been great, too).