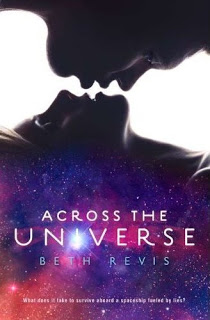 Across the Universe by Beth Revis (Razorbill, Jan. 11, 2011) ARC Giveaway from P.J. Hoover at Roots in Myth. From the promotional copy:

A love out of time. A spaceship built of secrets and murder.

Seventeen-year-old Amy joins her parents as frozen cargo aboard the vast spaceship Godspeed and expects to awaken on a new planet, three hundred years in the future. Never could she have known that her frozen slumber would come to an end fifty years too soon and that she would be thrust into the brave new world of a spaceship that lives by its own rules.

Amy quickly realizes that her awakening was no mere computer malfunction. Someone-one of the few thousand inhabitants of the spaceship-tried to kill her. And if Amy doesn’t do something soon, her parents will be next.

Now Amy must race to unlock Godspeed’s hidden secrets. But out of her list of murder suspects, there’s only one who matters: Elder, the future leader of the ship and the love she could never have seen coming.

What’s in a Fictional Name? by Brian Meehl from Crowe’s Nest. Peek: “Intriguing names should definitely be tucked somewhere in a writer’s pigeon holes. The last name I added to my list was from a New York Times article about one of the first holdouts in the NFL: Pudge Heffelfinger.”

Reprise: Should We Bowdlerize Classic Children’s Books For Racism? by Mitali Perkins from Mitali’s Fire Escape. Peek: “Nobody wants to be didactic these days, but all stories are laced with values. It’s the nature of the beast.” Read a Cynsations interview with Mitali.

Author Website Tip: make sure it’s easy to find the publisher name, illustrator name, and publication date information for each of your books. It’s also gracious to include related links.

Three Tips for Character Relationships by Darcy Pattison from Fiction Notes. Peek: “Do you know someone who aggravates you, even while you enjoy their company?” Read a Cynsations guest post on creating book trailers by Darcy.

An Inside Look at Leap Books by Bonnie Doerr from the Class of 2k10. Peek: “We opened during the economic downturn because we believe in the authors we’ve contracted. Some of the most vibrant publishing houses today began during the depression, and, as they discovered, there’s only one way to go and that’s up.”

For Those We Lose Along the Way by R.L. LaFevers from Shrinking Violets. Peek: “I know of three authors who simply gave up after their first book, completely disillusioned and demoralized by the publishing process and the lack of support they got from their publisher, the lukewarm sales and reviews their book received.” Highly recommended.

Theft is Not a Higher Form of Flattery by David Macinnis Gill from Thunderchikin. Peek: “The book is being downloaded faster than Rotarians have pop down a stack of pancakes. The difference is, the Rotarians paid for the pancakes.” Read a Cynsations interview with David.

Resubmitting a Revision by Mary Kole from Kid Lit. Peek: “So if I don’t ask you for a revision outright, what can you do? Emailing me immediately to ask if I’d be interested in seeing a revision down the line is probably not your best bet.” See also Mary on Specificity of Setting.

Finalists for the 2010 New Mexico Book Awards from New Mexico Book Co-op. See finalists in the picture book, activity book, young readers book, juvenile book, and YA categories. Note: especially recommended to those with a love of southwestern settings. Scroll to read an interview with finalist Kimberley Griffiths Little about The Healing Spell (Scholastic, 2010) from the Mother-Daughter Book Club.

Bill Martin, Jr. Picture Book Award of the Kansas Reading Association. Nomination criteria: appropriate for grades K-3; published during the three years preceding the one in which the final selection is made; must be in print; books which are not Caldecott winners; only one title per author/illustrator from the U.S.

TLA 2011 Texas Authors and Illustrators Speakers Source Book from Austin SCBWI. Peek: “The fee for this year’s Speakers Sourcebook listing is $45 for 1/3 page or $100 for a full page. Sourcebook ad specifics are detailed on page 3 of this registration packet.” Deadline: Feb. 19.

Attend to Your Work by Deborah Heiligman from I.N.K.: Interesting Nonfiction for Kids. Deborah talks about the words her grandfather left her. Peek: “I hope you will indulge me and let me tell you about him. I think it relates to what we are all trying to do here.”

Writing on a Unicycle: Making Time for What You Love in a Life out of Balance by Deborah Brodie. Peek: “Unless writing is your day job, these tips are for you. And if you have other ideas, and the time to write them down, please send them to me so I can share them with others.”

Interview: Don Tate on Illustrating and the Brown Bookshelf by Aaron Mead from Children’s Books and Reviews. Peek: “Lee & Low’s New Voices award is the one that has meant the most to me. I received it for a book that I wrote, which will publish next year. I’ve been an artist all of my life…. But I wasn’t confident in my writing abilities.” Read a Cynsations interview with Don. 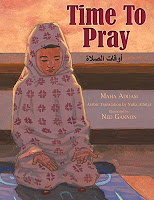 Books on Islam for Teens and Children: an annotated bibliography from ALSC. Peek: “This list was developed by the Quicklists Consulting Committee of the Association for Library Service to Children, a division of the American Library Association.” Source: Confessions of a Bibliovore. See Exploring Diversity Through Children’s and YA Books and Exploring Diversity: Themes and Communities.

Suzanne Collins Completes the Hunger Games from the Associated Press. Peek: “Inspiration, like a sudden phone call, began at home. A few years ago, Collins was surfing channels late at night and found herself switching between a reality program and news reports about the Iraq war. The images blurred in her mind. She wondered whether other viewers could tell them apart.”

Do Political Beliefs Impact Representation? by Jessica from BookEnds, LLC. Peek: “Wouldn’t it be nice if I could say, ‘No, absolutely not,’ but let’s be honest.”

To Multi-book or Not to Multi-book by Jennifer Laughran from Jennifer Represents. Note: a discussion of pros and cons. See also Jennifer on option clauses in book contracts. Source: Elizabeth Scott. Read a Cynsations interview with Jennifer.

In Defense of Dead/Absent Parents in Children’s Literature by Nathan Bransford – Literary Agent. Peek: “I am a former twelve-year-old, and I can remember how thrilling it was to read books where the kids were off on their own, fighting and outsmarting adults, dealing with harsh landscapes, facing their deepest fears, making unforgettable friendships, and, while I didn’t know it at the time, learning how to be adults.” Note: for the counterpoint, see Leila Sales on Ol’ Dead Dad Syndrome from Publishers Weekly. Read a Cynsations interview with Nathan.

From there, check out Sara Ockler‘s response On Book Banning Zealots & Ostriches to Scroggins’ characterization of her novel Twenty Boy Summer (Little, Brown, 2009). Then in celebration of the freedom to read, enter to win one of 100 paperback copies of the book in a giveaway sponsored by Little, Brown and the Debs. Deadline: Oct. 2.

Check out the book trailer for The Haunted by Jessica Verday (Simon & Schuster, 2010). Read an interview with Jessica from Mundie Moms.

For those who missed it, I unveiled the cover art for Blessed (Candlewick, Jan. 25, 2011) this week. The novel crosses over the casts of Tantalize and Eternal and picks up where Tantalize leaves off. For news release with flap copy, a new author Q&A, and more information on the series, check out the official media kit (PDF).

This shelf shot of Eternal (Candlewick, 2009, 2010) was taken at the Houston airport and comes from Kathi Appelt. 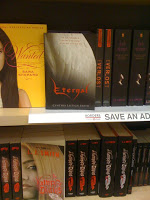 The winner of an autographed Goddess Girls: Aphrodite the Beauty by Joan Holub and Suzanne Williams (Aladdin, 2010), plus an Aphrodite the Beauty swag bag, featuring: 24-color eyeshadow from Claire’s; seven lip glosses with faux rhinestones; multicolor bracelet; Goddess Girls bookmark is Jennifer in Wyoming! Read a Cynsations guest post by Joan and Suzanne about the series.

The winners of The Dark Deeps: The Hunchback Assignments 2 by Arthur Slade (Wendy Lamb, 2010) are Vivien in Kansas, Janine in Utah, and Nancy in Texas. Read a Cynsations guest post by Arthur on How to Put the “Steam” in Steampunk.

Check out the schedule for Texas Book Festival on Oct. 16 and Oct. 17 in Austin.

Cynthia Leitich Smith will be reading Holler Loudly, illustrated by Barry Gott (Dutton, 2010) from 2 p.m. to 2:30 p.m. Oct. 17, in the Children’s Read Me a Story Tent. Her signing will follow immediately afterward at the Children’s Signing Tent (13th and Colorado). 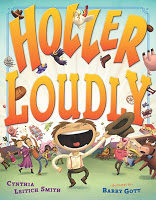