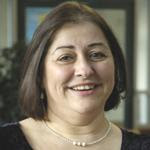 Cathie Mercier has been at Simmons College since 1985, when she began teaching at the Center for the Study of Children’s Literature; she is currently Associate Dean of the College of Arts and Sciences.

In her work as associate director and then as director of the Children’s Literature program, Cathie oversaw development of the MFA in Writing for Children to complement the MA degree, as well as a dual degree programs with Education and Library and Information Sciences.

Cathie has co-authored three biocritical studies of young adult authors, including the forthcoming Reading Russell Freedman (Scarecrow, 2009). Her interest in children’s literature–especially the visual images in picture books and the figurative power of adolescence in literature for adults–has contributed to a variety of publications across disciplines with footholds in children’s literature.

Why would a children’s/YA writer want to pursue an MFA degree? What doors does it open, creatively and professionally?

Students enter the program for a variety of reasons, but mostly because they want a structured and rigorous academic environment in which to develop as writers.

The MFA program at Simmons contextualizes the writer’s art and craft within the discipline of children’s literature. Students focus not only on their writing, but also on the historical and contemporary writing of others; they develop not only their artistic sensibility, but also a finely tuned critical sensibility.

Could you offer us some insights into the history of the Simmons MFA program in Writing for Children?

The program is relatively new (“now we are six”) and was begun for two reasons. Many students in the MA program wanted to do additional work in writing, and they especially wanted guided mentorships as they worked on manuscripts. And, we had many inquiries from those who already held MFA degrees but felt they lacked the academic and scholarly context that characterized the MA program.

In short, we took what we had done very well for over 25 years and extended that work to reach others driven to write and to study literature for young people.

Could you describe the academic “culture” of the program?

Intense, rigorous, academic study. Okay–and we have fun, too!

Students typically take two courses per term so that they can balance workload (each course expects 150-20 hours of work per week).

Students are actively engaged in publishing groups, study groups for theory and other genre classes, paper and conference partners, and writing groups. The hallmark of graduate study here is the passion of the students to pursue their questions about children’s literature outside the classroom and to bring that knowledge back to class to inform discussions and to feed their academic and creative writing.

Could you tell us about your faculty? Their credentials and areas of expertise?

Faculty are drawn from traditional academic and professional areas- so, some of us have a Ph.D. (in English, or in Children’s Literature), others are practicing professionals in the areas they teach (e.g., Anita Silvey, former editor of Horn Book and at Houghton Mifflin and renowned author for her “best books” titles teaches the publishing course; writers teach writing. Some faculty profiles can be found at www.simmons.edu by searching on the faculty member’s last name. Try Kelly Hager. Or Susan Bloom. Or…Cathie Mercier.

How competitive is admissions?

Thus, students arrive with a deep and wide knowledge of the field. MFA applicants submit convincing and ambitious portfolios of their writing for young people; many applicants submit published material. We read applications looking for those who are prepared, but also for those to whom our program can bring depth and challenge.

In addition, we seek students who bring their own intellectual engagement in the field of children’s literature to the program. Applicants come from across the world, boast strong GPAs in competitive schools.

For some applicants, the MA or MFA is a second degree and we have had doctoral degree holders who simply want to know ch lit more and more deeply. Similarly, we attract a goodly number of career changers — doctors, lawyers and others in fields not related to children’s literature who have decided that they must study children’s literature!

As creative writers, at what level are students when they enter the program? Upon graduation?

Because applicants must submit a portfolio of their writing, students enter the program demonstrating skill across forms and audiences and eager to develop new areas and to seek new challenges.

When they graduate, they leave having completed two mentorships, generally with publishers. The mentorships take off where two intense creative writing classes “end”–with the development of a sustained, single project that moves toward publication. So, they start as students but end as professionals.

How about as scholars?

A similar trajectory. Our MFA program combines the scholarship of children’s literature with writing for young people. Students find their voices as critics, but, I would argue, that critical voice is as original as is the “creative” writing voice. Yes, these are different forms of writing and different audiences, but both critical writing and creative writing express the unique ideas, attitudes, beliefs, values, of the author.

Could you give us some examples of Simmons success stories?

The MFA program is relatively new, but we’ve always had writers in our program.

The first graduate of the MA program was Gregory Maguire, author of many books for children and young adults and probably best known for his fresh rendering of the Wizard of Oz tales in Wicked: The Life and Times of the Wicked Witch of the West (1995), Son of a Witch (2005), and A Lion Among Men (2008).

MFA alumni have been honored with prizes for their potential. For example, Anna Staniszewski served for a year as the Boston Public Library Children’s Writer-in-Residence, a position also held by a number of other MFA alumni. A graduate from last year was named an “Emerging Artist” by the St. Botolph Club of Boston, and another is now working in the children’s trade division at Houghton/Harcourt.

Could you describe the campus in Boston?

Simmons is in the heart of downtown Boston– a baseball throw away from Fenway Park, right next door to the Isabella Stewart Gardner Museum, and a block away from the Boston Museum of Fine Arts.

We’re a short public transportation ride from theatre, music, and Boston’s history. We’re in the middle of the College of the Fenway, a consortium of six colleges.

The campus has an academic quad and a quad on the residence. MFA students are part of the College of Arts and Sciences, but Simmons also has four other graduate schools. We run an active service learning program for graduate students that engage Simmons students in the daily life of Boston residents.

You also offer an MFA in Writing for Children at the Eric Carle Museum of Picture Book Art. How is this program different? What special opportunities does it offer?

The Carle program is a cohort-based program. Thus, students begin and go through the program as one group. They get to know each other and their faculty remarkably well, better — if that’s possible–than on-campus students.

In addition, their courses meet at the Carle Museum, which enables the course to build museum events, exhibits and author/illustrator talks into the fabric of the courses.

In addition, your programs include a dual degree in teaching and liberal arts. Could you give us a quick overview of it?

We have a number of dual degree programs that combine the liberal arts degree of Master of Arts in Children’s Literature with a variety of professionally directed degrees.

These dual degree programs allow students to follow a program of study in which theory and practice directly complement each other. The programs are designed so that students do the full range of work in each program but have the benefit of taking a total of fewer courses than two independent degree programs would allow.

The MA-MS Library Science program has a single course designed specifically for that program to interrogate arenas where literature and reader, the artistic and pragmatic, theory and practice can meet face to face–or, should we say: “head on!”

Could you tell us about the Summer Institute in Children’s Literature?

The summer institute examines children’s literature from across genres and periods from a thematic perspective.

The Institute brings authors, illustrators, editors, critics, and others involved in today’s children’s literature together to offer their unique vision on the theme.

The 2009 institute, “Crimes and Misdemeanors,” will be launched by Roger Sutton, editor-in-chief of The Horn Book (editor interview); Roger will teach a four-credit graduate symposium on the theme that concludes with the intensive summer institute. The institute runs Thursday-Sunday July 23-26. 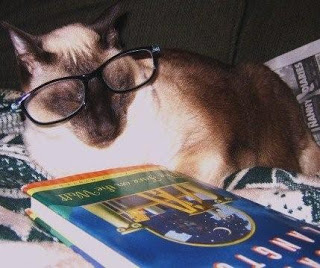