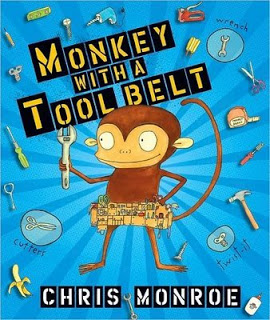 Andrew Karre on Andrew Karre: “I am the editorial director of Carolrhoda Books, the trade children’s book imprint of Lerner Publishing Group. The title is a little fancy, but ‘editor’ is the operative word. Carolrhoda publishes a small, select list of fiction and nonfiction for children of all ages, picture books through YA. I’m also the main blogger at carolrhoda.blogspot.com.”

We last spoke in November 2006 when you were an editor at Flux. Congratulations on your new job at Carolrhoda! Could you tell us about the Carolrhoda list? It’s part of the Lerner group, yes?

Yes, Carolrhoda is an imprint of Lerner Publishing Group and always has been. Lerner has been a leading independent children’s publisher for fifty years, and Carolrhoda has been publishing as an imprint since 1969.

Carolrhoda books are focused on the trade (so, bookstores and public libraries and the general book-reading public), but Lerner is a major school-and-library publisher, and having expertise in and access to those audiences is very exciting.

What about it attracted you?

I loved my time at Flux, but I really wanted to do the whole range of children’s books, including YA (always my first love), but also picture books and middle grade. And nonfiction, which is extremely exciting.

When I interviewed for the position, what immediately struck me was how very important the books are to people at Lerner. Awards and starred reviews are a big deal, and earning them is a goal of Carolrhoda. They set a high bar for this imprint. I was drawn to the challenge–and, honestly, to the opportunities to do things on a bigger scale.

What new directions at the house/imprint should we know about?

I don’t know if these are new directions, but they are directions.

It’s no secret that I love me some YA, especially serious YA with boundary-pushing writing, so I hope you’ll see some of that in seasons to come.

High-concept nonfiction is a big emphasis for us.

And, of course, picture books are always part of this list. We’ve done lots of successful holiday picture books over the years, and there’s no reason to stop, but I am personally interested in less-traditional picture book forms, and I know my colleagues in the art department are, too. For example, we’re all really excited about Chris Monroe’s Monkey with a Tool Belt books.

What titles would you recommend for study to writers or illustrators interested in working with you there and why?

For authors, I like writing that nails voice and point-of-view to the wall. If you can do that, we can figure out a plot. Read M. T. Anderson, Peter Cameron‘s Someday This Pain Will Be Useful to You (FSG, 2007), stuff like that.

Of the books I’ve edited recently, Emily Wing Smith‘s The Way He Lived (Flux, 2008) makes me enormously proud to be associated with such a talented writer. Maggie Stiefvater (Lament: The Faerie Queen’s Deception (Flux, 2008)(author interview)) is an author I would clone in a heartbeat. She is the complete package.

I was really excited to be part of an imprint that has a great relationship with Stephen Gammell (most recently I Know an Old Teacher (Carolrhoda, 2008)).

I have a nine-month-old son, and in addition to Goodnight Moon (by Margaret Wise Brown, illustrated by Clement Hurd (1947)) and Where the Wild Things Are (by Maurice Sendak (HarperCollins, 1963), I’ve really enjoyed reading him If I Were a Lion by Sarah Weeks and Heather M. Solomon (Simon & Schuster, 2004). I mentioned Monkey with a Toolbelt…

What recommendations do you have for writers in the submission process? What are pitfalls to avoid?

Focus on the quality of your work. That’s irritatingly simple, but it’s the best advice.

Killer query letters aren’t the key (especially for me, since I only take solicited submissions, per the instructions on my blog).

There’re so many unrefined ideas in the marketplace right now that all that ever stands out to me is really beautiful execution. It’s the craft.

Could you describe your dream writer? Illustrator?

Someone who reads like crazy and is fearless about revision and who tells me exactly how (or if) I can help them. Someone willing to talk ideas on the phone with me without end.

All this, and they should be an absolute pro about deadlines and be a shameless but disciplined self-promoter. Would it be too much to ask for training in classical French cuisine?

Seriously, I love working with writers who surprise me with their revisions and with the growth of their work.

As a reader, so far what have been your three favorite children’s-YA books of 2008 and why?

So, this excludes books I’ve edited or the Carolrhoda or Flux have published…

The Astonishing Life of Octavian Nothing, Traiter to the Nation, Volume 1: The Pox Party by M. T. Anderson (Candlewick, 2006). He is a master, and the book is stunning.

I’ve been reading picture books like a fiend, as you might expect, so I’m a bit scattered on those, but I really liked Wabi Sabi by Ed Young (Little Brown, 2008) most recently.

I recently read David Almond‘s The Savage, and that was a fascinating and beautiful book. I don’t know if I liked it as much as Clay, but it’s a wonderful book and I love the hybrid approach.

If I can have four, I’d like to throw in Madapple by Christine Meldrum (Knopf, 2008).

If you could go back in time and talk to your beginning editor self, what would you tell him?

Learn to say “no,” firmly and decisively, but also trust your instincts about an author, even if conventional analysis tells you otherwise. I’d also remind him that you publish books but you should acquire authors, and so the author-editor relationship should never be neglected.