Meanwhile, a self-proclaimed weresnake has kidnapped the governor of Texas and hit the airwaves with a message of war.

In retaliation, werepeople are targeted by law enforcement, threatened with a shift-suppressing vaccine, terrorized by corporate conspiracy, and enslaved by a top-secret, intelligent Cryptid species.

Can Clyde rally his inner lion king to lead his friends—new and old—into battle against ruthless, media-savvy foes? A rousing blend of suspense, paranormal romance, humor, and high action.

Read an excerpt of FERAL PRIDE by Cynthia Leitich Smith. 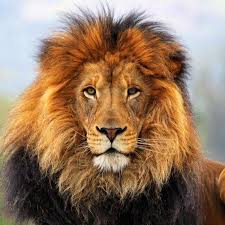 “Smith’s ability to mix the paranormal and the divine with sexy, wisecracking humor, youthful optimism, and fast-paced action has been a hallmark of this entertaining series. Fans will not be disappointed. High-demand Backstory: Smith’s fantasies have earned her an army of fans, and this trilogy-ender—that connects two series, no less—will have high visibility.” — Booklist

“…the wickedly funny, quickly paced style is anchored by the novel’s underlying theme of the marginalization of people and its effects, both those obvious (‘Our legal rights are slippery,’ explains Kayla) and more insidiously subtle (like the wedge driven between Clyde, a werepossum/werelion hybrid, and his human girlfriend, Aimee, because of her father’s prejudice). …witty, smart and moving—sure to satisfy…” — Kirkus Reviews

“…the chance for alternative interpretations of who the shifter community could represent— any group reviled by those who consider themselves mainstream —make this series as meaty as it is entertaining.” — The Austin American-Statesman

“Since this Feral trilogy–ender also wraps up its companion series Tantalize, several major characters from those books appear here, but Clyde, Aimee, Yoshi, and Kayla ably carry this series right up to its bittersweet conclusion. Kayla’s full acceptance of her animal self, and the courage she gains in that acceptance, is particularly compelling. With its sharp humor and fully realized characters, this urban fantasy will leave readers hoping for another series from Smith—and soon.” —The Horn Book

“Smith once again weaves an action-packed plotline with campy alternating narration by Clyde, Aimee, Kayla, and Yoshi, all while dealing with the complex themes of acceptance, tolerance, freedom, and self-esteem. All this is done in a nonpreachy style to which readers can easily relate. A successful conclusion to a thought-provoking series.” — School Library Journal

“With its focus on supernatural creatures and its subplots involving teen romance, the fast-paced and action-packed series could easily lend itself to cinematic or television adaptation.” — Literacy Daily