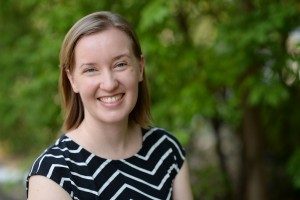 The movie “You’ve Got Mail” recently turned 20, with a New York Times critic noting both its staying power and its “dark commentary on how capitalism absorbs its critiques.” After all, this classic rom-com has the chain bookstore owner Joe Fox (Tom Hanks) woo the indie children’s bookstore owner Kathleen Kelly (Meg Ryan) while putting her indie out of business, even copying it in part of Fox’s flagship store.

But “You’ve Got Mail” has stayed with me for another reason—the Kathleen Kelly line, “When you read a book as a child, it becomes a part of your identity in a way that no other reading in your whole life does.” 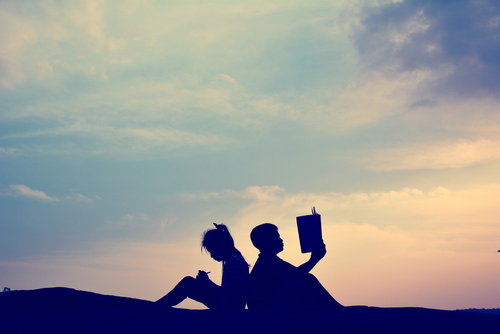 Children’s literature not only adds to or stretches readers’ conceptions of themselves and the universe, but it shapes those conceptions early.

If a child’s bookshelf (or classroom, library or bookstore) holds books by authors from many countries, telling stories from around the world, that child stands a chance of growing up to see herself as part of the world, and connected to its inhabitants. She becomes inoculated against campaigns to have her see people of other countries as lesser or invisible. She grows informed about the history, variety, and complexity of humankind. She grows up globally-minded.

She also becomes more likely to read international literature as an adult, and to see a reading diet of mainly American books as limited, as a diet of American food is limited. 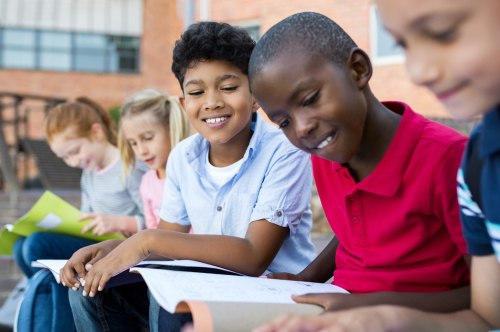 Currently, the U.S. children’s book industry is set up to provide the American diet, with occasional garnishes from other, usually similar, cultures. Many editors see their job as nurturing U.S. authors who write in English. The most sought-after awards in U.S. kidlit, the Newbery Medal and Caldecott Award, are restricted to U.S. citizens or residents whose books are written and published in English. Recent movements for diversity in U.S. children’s books call for cultural diversity, but they focus on books authored in English by Americans.

Prominent translations for children tend to come from European languages.

Moreover, most of the world’s languages have not made it to “prominent” level, including Arabic, Bengali, Croatian, Hindi, Hungarian, Korean, Malay, Nepali, Persian, Polish, Punjabi, Swahili, Thai, Ukrainian, and Urdu. These are all languages of countries with sections of the International Board on Books for Young People (IBBY), suggesting that children’s lit scenes exist there.

The problem lies in lack of American demand for their stories.

The measure I have used above to determine “prominent” translations is the Batchelder Award, a half-century–old prize conferred annually alongside the Newbery and Caldecott by the Association for Library Services to Children, a division of the American Library Association. The Batchelder is the Oscar for translated kidlit published Stateside, and being awarded by the ALSC, it can be relied upon to get translations into some libraries. But have your friends heard of the Batchelder? Do they look for the medal when they shop for their kids? Or have they heard about the international Andersen Award, often dubbed the children’s literature Nobel Prize?

My guess is not yet—and here is where I draw a small parallel sign between my country’s shrug at #worldkidlit and its policies toward non-U.S. persons, which gravely affect children. The travel ban is law. Historic refugee refusal continues. America remains complicit in a famine in Yemen. At our southern border, the separation of migrant families, use of detention camps, and even neglectful deaths remain part of our posture toward asylum seekers from Central America. Citizens of other countries cannot vote in our elections, and their pull on our heartstrings is not quite strong enough for us to choose internationalism. Even, at the least, in our children’s book world.

I normally take a softer line when voicing concern about nativism in children’s books. Our practices and tastes are the result of tradition, not ill intent, and they have nurtured a rich national children’s canon that we can treasure. If we have not yet learned to see it as merely national, and our offerings to children as provincial, then we are no different than Nora Ephron’s lovable New Yorkers in “You’ve Got Mail” who sip cappuccino, eat sushi and caviar, spar about fascism and Luddism, and somehow miss that not a single children’s book shown in their shops, was authored by someone still living in a language other than English.

What we must see now is that our kidlit endorses America (and English) First.

If we regret this approach in our politics and society, let us show it in our actions around children’s books. Let us embrace translations. Let us throw our support behind global reads for kids even if we read or work in literature for adults. If we work in children’s lit, let us acknowledge that language is culture (try describing a culture without using a word of its language)—and that to offer cultural diversity, we must seek out source language diversity.

Depending on our role(s), let us acquire, edit, fund, publish, sell, buy, borrow, request, gift, list, boost and review children’s books (picture books through YA) authored in languages other than English. Most importantly, let us share them with young people.

Because books form children. Children form tomorrow’s world. We want them to know and love it like Joe and Kathleen adore the West Side.

Avery Fischer Udagawa’s  translations from Japanese to English include the middle grade novel J-Boys: Kazuo’s World, Tokyo, 1965 by Shogo Oketani (Stone Bridge Press, 2011), “House of Trust” by Sachiko Kashiwaba in Tomo: Friendship Through Fiction—An Anthology of Japan Teen Stories (Stone Bridge Press, 2012), and “Festival Time” by Mogami Ippei in The Best Asian Short Stories 2018 (Kitaab, 2018). She contributes book picks to the #WorldKidLit Wednesday column at the Global Literature in Libraries Initiative. She is the International and Japan Translator Coordinator for the Society of Children’s Book Writers and Illustrators (views here are her own). See Avery’s previous #WorldKidLit Cynsations posts, an interview with Lawrence Schimel and an interview with Marcia Lynx Qualey.