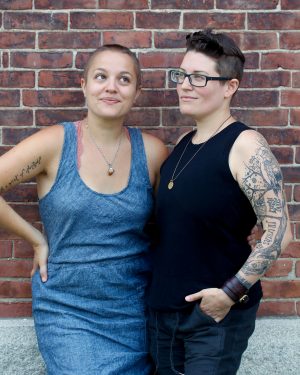 Hello dear readers (and, in many cases, writers)!

Amy Rose and I are here today to interview each other in celebration and—let’s be honest—promotion of our debut coauthored YA novel Once & Future (Jimmy Patterson, 2019), a genderbent King Arthur retelling in space, which is out now from Little, Brown. 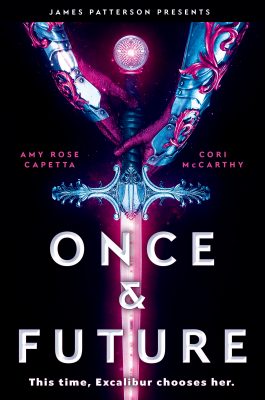 We’re blessed to be doing a lot of interviews this release season, but as Cynsations is a longtime favorite, we’ve taken a solemn vow to only ask the hardest, not-at-all-fluffy questions. and we’ll take turns to keep each other honest!

I’ll start. Hey, Amy Rose, what’s the one piece of craft advice that you’ve received during your seven years in publishing and your two degrees in writing that’s been the most pointless? The piece of advice that has been proven untrue, problematic, or downright unhelpful?

Amy Rose: I was told that studying writing was all about finding your voice. There was this commonly traded-around idea that at some point a single, recognizable authorial voice would emerge.

I don’t know if this comes from being a queer person who experiences a lot of fluidity in my identity, but the idea that to become a real writer I had to find one narrative style that distilled the essence of me was, frankly, terrifying.

Fortunately it also turned out to be wrong. I write in all kinds of voices. They all have pieces of me in them. And it’s totally fine.

Okay, here’s one for you, Cori. In addition to writing, you’re also a faculty member at Vermont College of Fine Arts and one of the very best teachers of writing that I know. But right now I’m demanding a different kind of advice: What is the one non-writing-craft thing that you wish all aspiring authors knew?

Cori: The writing is the best part. The business side of publishing is just that: business. It’s cold and stupid sometimes; it’s efficient and callous. And most often callously efficient.

Not awards, or money, not legitimacy or even readers—those are all secondary motivation.

You’re writing because you love writing. Don’t let anything overshadow or change that and you will be a career writer.

Your turn, my love! Once & Future is your sixth book by way of four great publishers. Looking back at these many literary feats, what is the greatest mistake you’ve made? And do you wish you could unmake it? 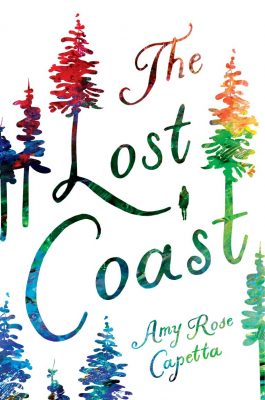 Amy Rose: My greatest mistake was actually made before any of those books were published. I sent out a manuscript before I was ready, with an agent who wasn’t right for me at all.

I was very young, and just so excited that someone had found my work and wanted to represent it, that I didn’t notice the warning signs of starting out in publishing on all the wrong feet.

At the time, the fact that the book didn’t get picked up felt like a soul-smashing blow. Now, I’m so glad that it wasn’t my first time out as an author.

I can’t say that I would unmake that mistake though, since it led me to realize exactly what I wanted in an agent the next time around.

It also showed me the area where I really needed to improve as a writer—revision—which led me directly to seeking out an MFA program where I could work on craft for a good long while before I started to think about publishing again. And that MFA program is where you and I met. So no, I would never take that mistake back. In a roundabout way, it led me to everything good.

But for anyone who wants to skip the worst part of my experience: Never get blinded by the excitement of finding an agent and getting a manuscript out there. Make sure your work is ready. If it’s not, be prepared to do radical things to make it better.

Ask yourself if that agent is the right person for your field, your writing, your publishing goals, and—just as importantly—for you as a human. If that sounds like a long game, that’s because it is.

Back to you, Cori-love! You have published work in lots of different genres, styles, and formats. What’s your advice for writers who want to take a similar path and not restrict themselves to one kind of book? 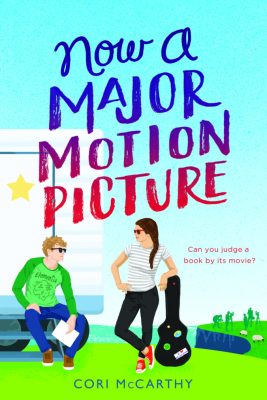 Cori: Don’t do it! Just kidding. Actually, nope, I’m going to be honest. Recently, I heard an agent advise that you should try to publish three books with the same audience (age, genre, and format) before switching gears. This is very important because it’s all about building an audience.

I think, from the outside, that it might appear as though I’ve had the privilege of following the muse down different rabbit holes, when in actuality my shifts in genre and format have largely been a reaction to an unstable publishing environment.

I debuted at a time when “sci-fi will be the next big thing!” only for it to not work out for the titles acquired and for publishing to say “JK, no sci-fi, thanks!” (Side note: they are currently back to “yay, sci-fi…as long as it’s more like space fantasy.”)

I also experienced the tectonic shift of having several editors leave the publisher before, during, or after acquiring projects in a way that made it hard to put down some audience roots.

That being said, this does not mean that you must only write in one vein. It means that you need to set your sights on publishing in one vein at a time. Definitely go ahead and write those other books, hold on to them, and when the time is right to break out in a new direction, go with joy!

Geez, I love when these things just sort of find their own finale. Amy Rose and I would be delighted if you picked up our new book Once & Future or one of our other eight books!

We are also freelance editors through Yellow Bird and would be happy to help you on your publishing ventures either through a critique or monthly coaching. 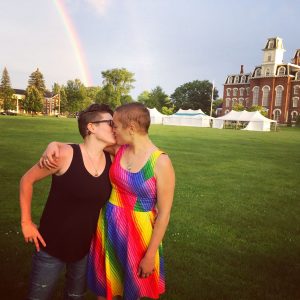 Cori and Amy Rose met while earning their MFAs in Writing for Children & Young Adults at Vermont College of Fine Arts. They fell in love soon after. Once & Future is their debut coauthored novel.

Cori McCarthy‘s other YA titles include: Now A Major Motion Picture (Sourcebooks, 2018), You Were Here (Sourcebooks, 2016), Breaking Sky (Sourcebooks, 2015), and The Color of Rain (Running Press, 2013). Their first picture book, Hope Is an Arrow, is due from Candlewick in 2021. It chronicles the immigrant journey of Lebanese writer Kahlil Gibran, author of The Prophet (Knopf, 1923).