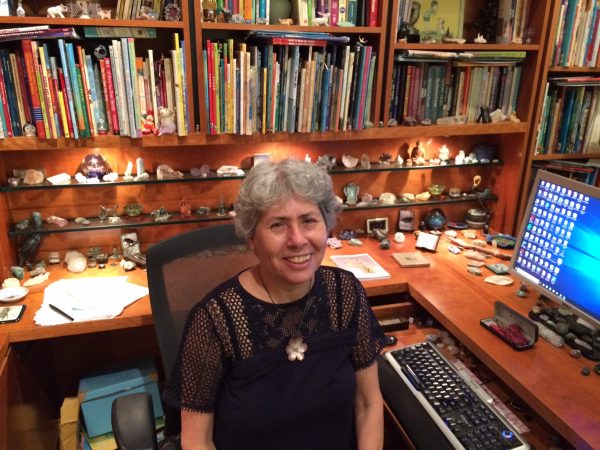 Marilyn Singer is a successful children’s-YA author with a long, distinguished career.

My mother said, “Be a teacher. That’s a good steady job for a woman.”

So, after college, I took her advice and became a high school English teacher.

I lasted three full years and one more as a sub. I liked the students and I was popular with them, but not with the head of the department.

I had my own ideas about teaching, such as using song lyrics, as well as poems, to teach poetry.

To help kids get over fear of writing, I’d have them write anything they wanted for the first five minutes of class. I would read and comment on what they wrote, but not grade it. I still think those were good ideas.

In retrospect, I’m not sure I got around to covering all of the required material I was supposed to present, which didn’t endear me to the chairperson. I do know I got really tired of teaching The Scarlet Letter (by Nathaniel Hawthorne (1850)).

In any case, I decided to leave the profession, but I wasn’t sure what I planned to do. My husband, Steve Aronson, got a job for the American Federation of Arts, where he eventually became head of the film department.

Through him, I made contacts that hired me to write filmstrips (remember those?) and teaching guides and catalogue copy about films. I enjoyed this work, though it didn’t pay much.

Then one day in 1974 when I was sitting in the Brooklyn Botanic Garden, not far from our house, I began to write stories featuring insect characters I’d created when I was a kid.

Each time I wrote one, I’d read it to Steve. He was always encouraging, but a good critic as well.

Soon, I added other stories to my portfolio, as it were, and I joined the Writer’s Lab at Bank Street College. The folks there were encouraging, too. I did some research and decided to submit some manuscripts to a few publishers. 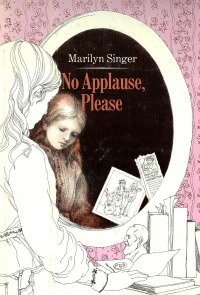 In those days, you could just send in stuff over the transom and editors would actually read it and respond. I got very, very lucky.

Within six months I sold The Dog Who Insisted He Wasn’t to Ann Durell at E.P. Dutton. It was published in 1976. She soon took two more manuscripts—my first novel, No Applause, Please (Dutton, 1977), and another picture book, The Pickle Plan (Dutton, 1978).

But she wasn’t interested in my next few manuscripts, one of which was It Can’t Hurt Forever (HarperCollins, 1978), a novel based on my experiences having heart surgery when I was eight. Liz Gordon at Harper accepted it, and a long partnership was born.

I had a happy time publishing with Harper and later Hyperion, where Liz went, but then she left publishing, and the roller-coaster ride of the book business began in earnest. The industry was changing, and it seemed as though each month brought a new trend.

During one particularly dry spell, I seriously considered giving up writing. But since I didn’t think I was equipped to do much else (and I didn’t want to return to teaching), I kept at it.

One way in which I’ve considered myself fortunate is that I like to write (and research) all kinds of stuff. When middle grade novels were popular, I wrote them—in fact, one year, I wrote three! 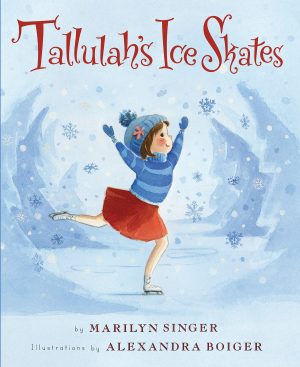 When YA short stories trended, I edited four anthologies. When picture books were languishing, I switched to nonfiction. When nonfiction was flagging, I worked on picture books, most notably my series, published by Clarion and illustrated by Alexandra Boiger, featuring Tallulah, a young ballet student.

And then there was poetry…

I would say that I’m particularly known for my poetry collections. My first poetry book, Turtle in July (Macmillan), edited by Judith Whipple and illustrated by Jerry Pinkney, was published in 1989. It was well received and sold well, too.

Since then, I’ve had a few hits and a number of misses, sales-wise. It was not until Mirror Mirror: A Book of Reversible Verse (Penguin), published in 2010 and illustrated by Josée Masse, that I got serious recognition. For that book, I created a form called the reverso—a poem with two halves; the second half reverses the lines of the first, with changes only in punctuation and capitalization, and it must say something different from the first half.

I think that that book put me on the poetry map, and in 2015, I won the NCTE Award for Excellence in Poetry.

Does that mean I now have an easy time selling poetry?

Ever since the library market declined because of lack of funding and, possibly, the digital age, I’m still constantly being told it’s a hard sell—that most of it isn’t snapped up in bookstores, either brick-and-mortar or online, and nowadays those are the sales that really count.

But I will stick with it no matter what—it’s my favorite thing to write.

What am I having luck with right now? Young readers in verse and nonfiction about animals, which for years I could not sell.

Will I continue to have luck with those genres?

Ask me again next month…

I’ve been pondering this question, and the truth is I can’t really think I would’ve changed much except that I wish I’d have been (and would still be) less pessimistic during the down times.

And, to keep my spirits up, I would have spent more time doing things I really enjoy.

Thirteen years ago, my husband and I started taking dance lessons, and I wish we’d started thirty years ago. It’s a great release and drives away bad moods.

Well, as I said, the library market is now smaller. And besides the fact that most editors now will not look at unsolicited manuscripts (you need to be published already, attend conferences where you can meet editors, or have an agent), they also have to go through rigorous acquisition processes—what some call “acceptance by committee.” 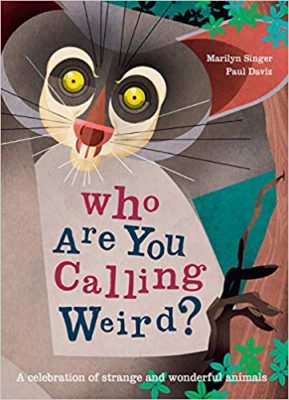 That has pros and cons. Rather than leaving the decision to just one person, the editor-in-chief, the entire committee—editorial, marketing, and sales— gets its say, and if it says “yes,” that allows all of the staff to be more enthusiastic about promoting and selling the book.

On the other hand, as opposed to the editor-in-chief whose focus is more on quality, the committee may be interested more in quantity—whether or not the book will sell big, usually in the trade market.

I’m not trying to insult Marketing and Sales. By and large, I think they’d love to see quality sell in quantity, but they have a mandate they need to fulfill.

Years ago, publishers were pleased if a book sold 5,000 copies. Nowadays, books are usually expected to sell a lot more. Therefore, some excellent, less commercial manuscripts get rejected.

Not long ago, I was told that folks didn’t want to publish individual novels (unless they had a real chance at a Newbery or Printz)—that series were much more commercial. Whether this trend persists, I can’t say, but I hope it doesn’t!

For picture book manuscripts, editors now often have to line up the illustrator before the book can be acquired. Even if they don’t need to do so, they most certainly need a visual vision for the book before it can be accepted.

I think it that once it is accepted, it often takes longer for a book to be published because the chosen illustrator may be much in demand and has a busy schedule (after all, picture books have a better chance of selling with a well-known illustrator).

One very New York, post 9/11, change is that it is now more of a rigmarole to visit your publisher. I have fond memories of just walking into my editor’s office (I always made an appointment first, of course—I didn’t do surprise visits) without having to go through security and acquiring a pass before getting into the elevator. I still mourn those days.

Do your research! See what is being published and what the guidelines are for submitting manuscripts. I would strongly advice going to conferences—SCBWI, BookExpo, ALA, anywhere you can meet editors. These are all things I did as a beginner and still do. It’s really important to make connections and to see what’s being published. 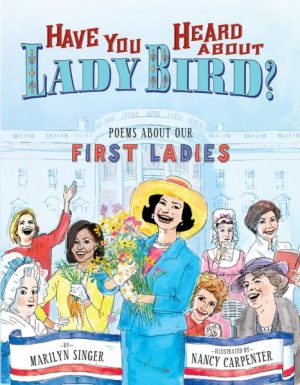 I also attended the Writer’s Lab at Bank Street College regularly. There, we read our manuscripts and got feedback, which was invaluable. I think that critique groups are beneficial for beginners—and even for more experienced authors.

Whether or not you have an agent, learn what is in and should be or not be in a publishing contract. Having an agent is not an excuse for not bothering to understand what you are signing.

Learn, too, how to get your rights back if a book goes out-of-print.

And, of course, if you’re hoping to get an agent, do your research to make sure you get a reputable one.

I wish all writers patience and perseverance. I wish that readers would read more poetry and seek out more than just best-sellers—and I wish that publishers would promote those books.

Though this may be a fantasy, I wish that brick-and-mortar bookstores thrive and that browsing is once more in fashion so that people can discover more books.

I do have perseverance, but I sure could use a lot more patience, and I would like to be less envious of those who have had more success in terms of sales and finances.

The truth is I don’t really have a lot to complain about. I’ve published over 100 books. I work in my house. I get to stay up late watching handsome-detective shows (forgive me, Steve) and singing competitions, and I wake up late, too.

Besides the NCTE Award, which I consider an enormous honor and, frankly, really wanted to win, I would like not to worry about other awards which I haven’t received.

To me, the main point of awards, as well as reviews, is to garner more readers, and that is something I would like to do. Though I always write what interests and pleases me, I do not write just for myself—I write to be read and to give knowledge and delight.

I plan to continue doing that for the rest of my life. And, of course, to keep dancing.

The top photo of Marilyn is by Steve Aronson.