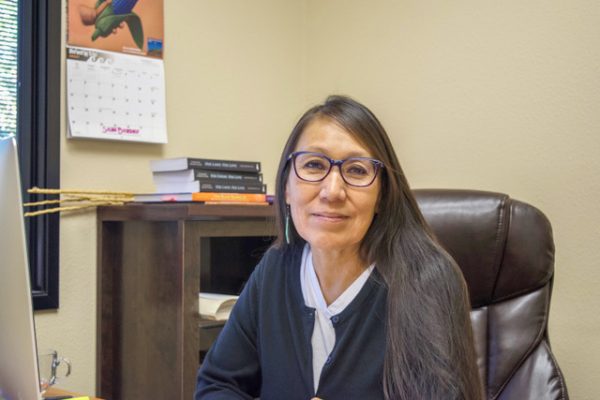 For almost twenty-five years, Salina Bookshelf has published books, most for children, that center Native life–principally Navajo and Hopi people, their languages and cultures.

Today on Cynsations, I am pleased to interview LaFrenda Frank at Salina Bookshelf to learn more about this publishing house and her work there.

Share with us some about your history with Native literature, publishing and your tenure as an editor at Salina Bookshelf.

As an undergraduate student in the late 1990s, I remember out of curiosity I signed up for a course called Native American Literature. Prior to that, I never of heard of Native American literature and what that meant. 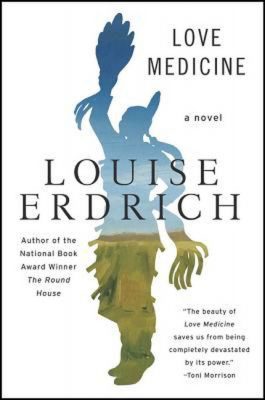 My discovery of Native authors inspired me to change my major from political science to English as I had taken all the Native American literature courses offered at Fort Lewis College.

I fell in love with Native American literature because the voices were coming from Native writers expressing their authentic voices of oral tradition, fictional stories, poems, and nonfictional stories.

Also, I connected to the characters from the Native American literature books about their struggles, identity, and other themes dealing with Indigenous People.

I was shocked to find out a Native American author, N. Scott Momaday, won the prestigious Pulitzer Prize award. I thought to myself, how did I miss all these books and why wasn’t I aware of this information?

Today, I teach Native American literature courses as well as the Navajo Literature course at Diné College to expose tribal college students to the works of Native writers.

Also, when I am not teaching fall and spring semesters, I work for Salina Bookshelf Publishing during the summer and long holidays to try push for more publishing of Navajo-related topics. I’ve been working with the publisher for fifteen years now.

I guess you could say I climbed the ladder within the company from sales to marketing that allowed me to see the whole process of publishing. About five years ago, I became an editor.

My goal as an editor is to push for accurate and authentic depictions of Navajo or Native American ways of life. I realized that very few Native Americans get published, and I had to re-write the submission guide for potential authors in what I was looking for. 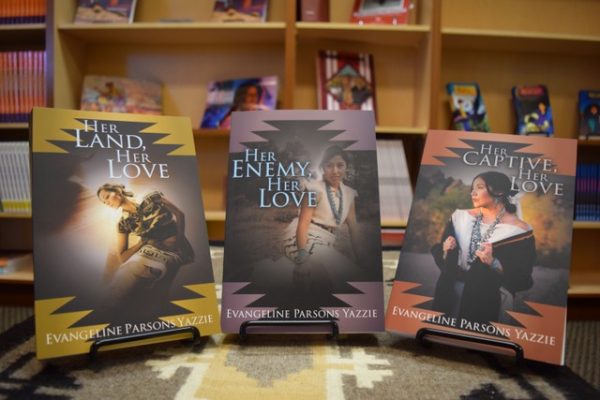 Salina Bookshelf is involved in attending and documenting with the annual Emerging Diné Writers Institute. Tell us what that involves on the part of Salina Bookshelf and what the Institute sets out to accomplish. Also, have you found any new writers whose work you want to publish?

The Emerging Diné Writers Institute encourages high school and college students who aspire to become writers and exposes them to creative writing and publishing process. The workshop sets out to accomplish the introduction to creative writing techniques taught in seminars by established local Navajo and Native American writers.

Throughout the workshops, the writing scholars engage in writing activities and write their own poems, short stories, and nonfiction narratives. The Navajo Nation Women’s Commission helps fund the workshop with their sponsorship.

Two years ago, Tyler Mitchell came on board at Salina Bookshelf as a Social Media Specialist.

We encouraged him to attend the Writers Institute to document his own experience as a writing scholar as well as polish his publicity writing skills.

In Tyler’s own words:

“My involvement was strictly as a writing scholar experiencing the Institute firsthand, and to pick up some creative writing techniques that I could use back at the office to help promote the brand through blogging and updating on social media.

“It ended up being this enlightening experience as I was soon in the presence of great writers like Esther Belin, Irvin Morris, Orlando White, Laura Tohe, Rex Lee Jim, and many others.

“You’re able to find importance in yourself as a Diné writer as well as hone the skills that you specifically hold as an individual.

“As a student trying to become a better writer and as an employee of Salina Bookshelf, a company focused on sharing authentic Native American storytelling, this institute is an experience worth sharing and I hope I accomplish that to the best of my abilities.” 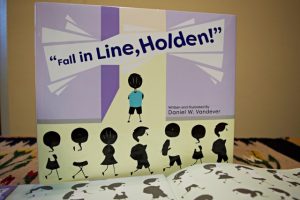 Daniel W. Vandever, author-illustrator of Fall in Line, Holden! (Salina Bookshelf, 2017), our latest children’s picture book, attended the institute for two years. He shares about his book’s message and the inspiration he received as a Diné writer.

Theresa Tom, an author we are currently working with, also attended this year’s institute with her family.

Last year I presented at Writers Institute about how to get published, particularly looking for authentic Navajo storytelling and shared the problems of misrepresentation that are prevalent in the publishing industry.

I am constantly looking out for new writers. Some new writers whose works will be published soon are Theresa Tom, Jolyana Begay-Kroupa, and Lorinda Martinez.

Are there any new releases you’re particularly excited about? 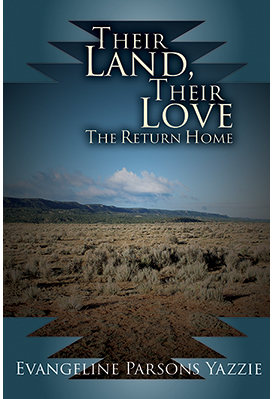 2. Evangeline Parsons Yazzie’s Their Land, Their Love: The Return Home

What kind of work is Salina Bookshelf looking to acquire in 2019? How should authors, illustrators or agents get in touch with you, find submission guidelines, etc.?

Too often, I receive manuscripts from the so-called writing experts on Navajo culture who claim to be given the rights of Navajo stories by interviewing the people.

To avoid non-Native writers, I had to rewrite the submission guidelines that addresses manuscripts that accurately and authentically represents Navajo or Native American authors about language, culture, and history.

The kind of work I’m looking to acquire in 2019 is regional and topical emphasis on Navajo content, but in recent years, we started to explore other Native American content that encourages stories by a specific tribe.

I think it is very important to have our own Native People write their own stories of their represented tribe. Native People need to reclaim their stories, knowledge, and empower themselves to have a voice through published works.

We have an annual submission deadline on June 1 since I am not a full-time editor and only come in during the summers to work on selected manuscripts.

We have a webpage specifically for submission guidelines that details what we are looking for. They can email me  with questions.

Anything else you’d like to add for our readers?

The 2018 Emerging Diné Writers’ Institute blog post is now up. Please head to our website to learn more about this amazing experience.

Readers can visit Facebook author pages for Evangeline Parsons Yazzie and Daniel W. Vandever for author appearance schedules for schools, community centers, museum, and conferences on the Navajo Nation and outside of Navajo Nation.

Salina Bookshelf advocates for Native American authors to the public to purchase their books so the readers can share discussion with family and friends that encourages the idea of building community to strengthen readers to appreciate for Native American stories/content. 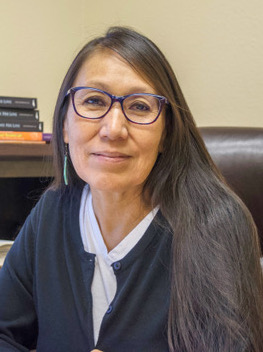 LaFrenda Frank is an educator and editor from Jeddito (Navajo Nation), Arizona. She serves on the English faculty at Diné College. Literacy and education are life-long passions for Frank.

In addition to teaching, she is also an editor at Salina Bookshelf, an independent publisher based in Flagstaff, Arizona, specializing in Navajo-and Hopi-related titles.

She has a MA in English Education for Northern Arizona University and two BAs, one in English and one in Southwest Studies.

One of her dreams is turning her home in Jeddito on the Navajo reservation into a community library that will house Native American literature and other Native American books for local children, youth, and adults to promote the enjoyment of reading and valuing books.