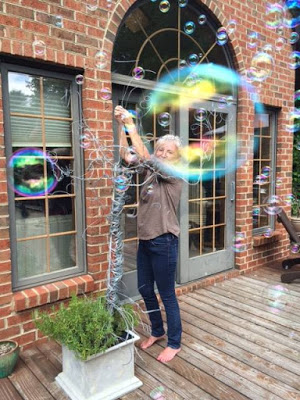 Luis Alberto Urrea, author of The Hummingbird’s Daughter (Little, Brown, 2006), perceives drafting as something far more glamorous than me, and so I’m inspired by his words:

“Writing rules. Everything else sucks. Writing is a big sandbox and it’s full of Tonka Trucks and plastic Godzillas.”

Have you experienced that creative space? It’s when your writing feels most fluid and free.

You become so emotionally attached to the imaginative world that, at the end of the day, you struggle to return to reality. You might look up and realize starving people are in your kitchen. And you might think, who are these hungry people?

They’re not the characters you’ve played with all day.

I’ve been there with my four kids and husband who have all wondered, more than once, how writing can be so engrossing that I melted a pan of food to the burner of my stove.

But there are other times when writing is a total suck pond. You’ve probably experienced that too. It’s when you can’t decide if you want to slap the smile off a smarmy character or toss her from a moving car – I chose a moving truck myself. From there, you admit it isn’t just the characters. The plot is unwieldy. The rising action lacks motivation and falls flat. The tone is all wrong. You stop writing. 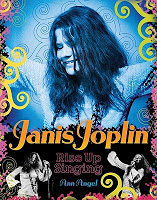 I’ve been there, too. About a year ago, I was so mired in muck that I feared I’d never finish another novel. The first draft can be, as Cynthia Leitich Smith reminds me, “Drafty.”

Those drafty drafts bring out the worst fear in all of us. Although I made myself sit down to write, it was a tortuous experience. Then I realized this is not writing fear I suffer, it’s the fear that I’ve lost it; I’m no longer good enough.

This is thick as mud fear arrives every time I start something new or go back to revise a work that’s in that drafty stage.

The only cure is to sit down to write every day—or almost every day. But I’m here to tell you that, after spending too much time in the suck pond, the creative sandbox doesn’t always fill easily.

The sandbox is especially evasive when I’m writing about oppression and other soul-wrenching issues which are typical of YA literature. Rising out of the suck pond becomes a serious struggle.

I’ve been working on a novel about suffocating hate and xenophobia, and so I can speak from the bottom of the suck pond. Writing comes so slowly because I really don’t like what some of my characters are doing. It’s seriously depressing being inside some of their heads.

Every day that I work on this novel I have to trick myself into beginning. I have gathered an arsenal to make this happen. 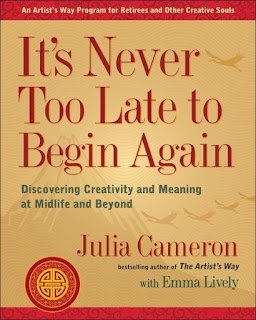 Elizabeth Gilbert, the newly christened guru of creativity, is no slouch with ideas for creative life in her book Big Magic (Riverhead, 2015). She cautions, “Don’t abandon your creativity the moment things stop being easy or rewarding—because that’s the moment when interesting begins.”

These are good ways to clear my head before and after a day of writing about the wicked side of the world. I’ve been rewarding myself for writing with artist dates.

Julia’s artist dates are permission to visit museums, beaches, art galleries, the zoo—where I recently witnessed giraffes wrapping their necks around one another to flirt.

Julia also advises, “Keep writing. If you keep writing, you will have a breakthrough.”

Through Julia’s suggestions, writers are more likely to create details that come from the observed world. In turn, the details layer and enrich characters, making it possible to write of human goodness even in the lowest moments.

Mary Karr’s, The Art of Memoir (Harper, 2015), helps writers look back into the history of our own crazy lives which are a great source of specific detail. In my life, parents warned the girls I attended Catholic school with not to hang with those wild Bonness girls (my maiden name), said as one word by mothers who must have believed the very mention of our names would taint their daughters. Karr gets that our lives are the stuff that makes stories come alive. I’ve developed some greatly cool friendship scenes around the close wildness of growing up one of seven sisters.

My cache of magic writing has been pulled together from my experience of consistently sinking into the suck pond. I had an editor once tell me my writing had serious potential.

So I made a poster that says, “Serious potential happening here.” Of course I colored outside the lines when I filled in the letters to hang it above my computer.

Sometimes I play with poetry while I write. Different forms help resolve a variety of issues. A sestina is a great tool to learn more about developing characters, often providing an “a-ha!” moment in which a character takes charge of a sudden turn. Sonnets help me figure out what my character loves and hates. Found poetry and erasure poetry help uncover the details of a character’s private world. So I play with poetry a lot when I’m writing. It can trick me into that place of fluid writing.

A good resource to begin practicing poetry is The Teachers and Writers Handbook of Poetic Forms by Ron Padgett (Teachers & Writers Collaborative, 2002).

No matter where we turn for creative inspiration, it’s good to remember that serious potential is happening every time we excavate the world of our craft. So dig into that suck pond. If you stay at it long enough, you’ll find that sandbox overflowing with imagination.

One thought on “Guest Post: Ann Angel on The Sandbox & The Suck Pond”