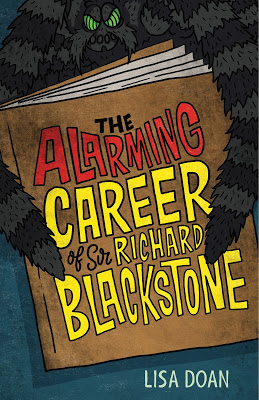 Check out the cover for The Alarming Career of Sir Richard Blackstone by Lisa Doan (Sky Pony, 2017). From the promotional copy:

A funny middle grade mystery adventure complete with an unconventional knight, a science experiment gone awry, a giant spider, and a boy to save the day!

Twelve-year-old Henry Hewitt has been living by his wits on the streets of London, dodging his parents, who are determined to sell him as an apprentice.

Searching for a way out of the city, Henry lands a position in Hampshire as an assistant to Sir Richard Blackstone, an aristocratic scientist who performs unorthodox experiments in his country manor.

The manor house is comfortable, and the cook is delighted to feed Henry as much as he can eat. Sir Richard is also kind, and Henry knows he has finally found a place where he belongs.


But everything changes when one of Sir Richard’s experiments accidentally transforms a normal-sized tarantula into a colossal beast that escapes and roams the neighborhood.

After a man goes missing and Sir Richard is accused of witchcraft, it is left to young Henry to find an antidote for the oversize arachnid. Things are not as they seem, and in saving Sir Richard from the gallows, Henry also unravels a mystery about his own identity.

Congratulations on your upcoming release! What do you think of your new cover?

I love it! Huge thanks to Sky Pony and my editor, Adrienne Szpyrka, for capturing the humor of the book while at the same time working in two prominent elements – the giant tarantula and a journal detailing a trip to South America.

The tarantula is Henry Hewitt’s problem and the journal is the key to figuring out what to do about it, which he must do to save his friend and protector, Sir Richard Blackstone.

More specifically, how does the art evoke the nuances of your book? 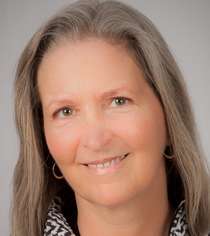 We wanted the journal to feel Old World, hence the faded brown, as this story takes place in the late 1700’s English countryside.

Sky Pony’s designers had the genius idea of having the tarantula holding the journal to tie it all together. The red and yellow lettering really pop and signal the lighthearted tone.

I couldn’t be happier with how it turned out.

Isn’t it every middle-grade writer’s dream to have a cover with a tarantula on it?

I know it has always been one of mine!

Lisa Doan has an MFA in Writing for Children and Young Adults from Vermont College of Fine Arts and is the author of the award-winning series The Berenson Schemes (Lerner).

Operating under the idea that life is short, her occupations have included: master scuba diving instructor; New York City headhunter; owner-chef of a restaurant in the Caribbean; television show set medic; and deputy prothonotary of a county court. She currently works in social services and lives in West Chester, Pennsylvania.